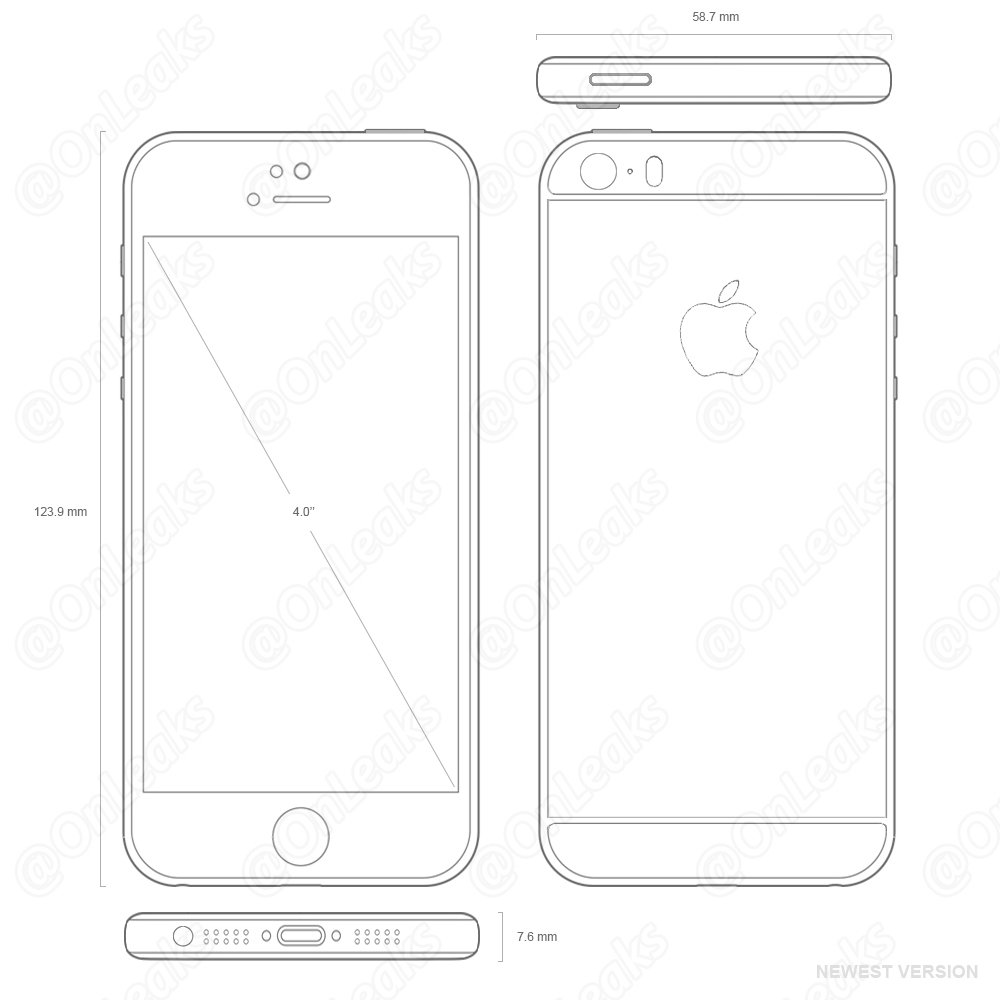 Apple is expected to announce a new 4-inch smartphone as soon as next month, but the device’s final design is still up for debate. The latest leaked schematics claiming to show the rumored iPhone 5se actually clash with another set of images revealed earlier this week.

According to my source, two prototypes of the new 4″ #iPhone were tested by #Apple. Here’s what they look like… pic.twitter.com/RgVblGdCRi

The new schematics were published by technology blogger Steve Hemmerstoffer, who claims that Apple considered two nearly identical prototypes for the iPhone 5se. Both resemble the iPhone 6 design with its curved corners though it looks like the new device will include a second speaker grill on the bottom edge.

Beyond its 4-inch screen, the iPhone 5se is also expected to pack an A9 processor, NFC and a Touch ID sensor. That means the device should support Apple Pay though it probably won’t include a pressure-sensitive 3D Touch display like the iPhone 6s.

Rumor has it Apple will unveil the iPhone 5se at a special event on March 15 alongside the iPad Air 3 and some new bands for the Apple Watch. The company still hasn’t sent out invitations to confirm this press conference is actually happening, but if the rumors are true we should know for sure pretty soon.