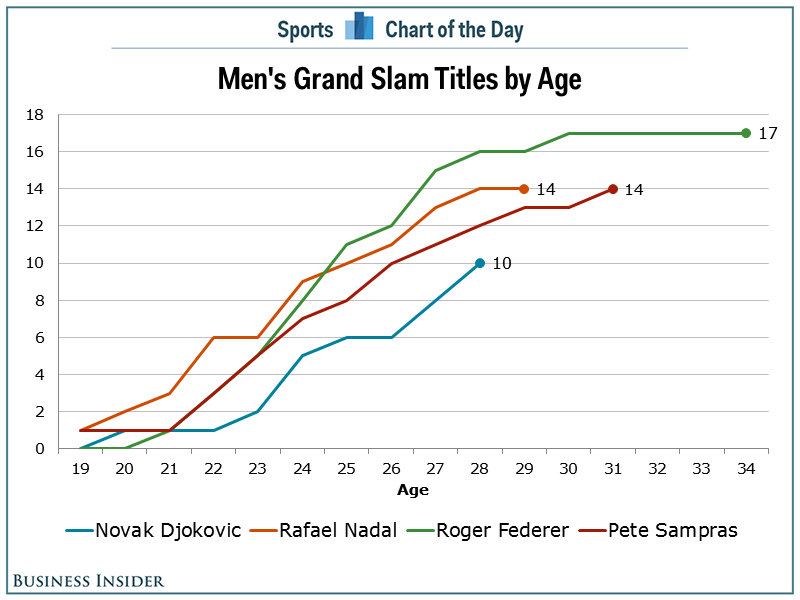 With Rafael Nadal bowing out in the first round of the Australian Open, this is just the latest sign that it is Novak Djokovic, and not Rafa, who has the best shot to break Roger Federer’s record of 17 career men’s Grand Slam titles.

For a long time it looked like Nadal would be the one to catch Federer as Djokovic appeared to start his run a little too late and fell behind the pace. But what Djokovic appears to have is that he is surging at an age when the other top players were slowing down.