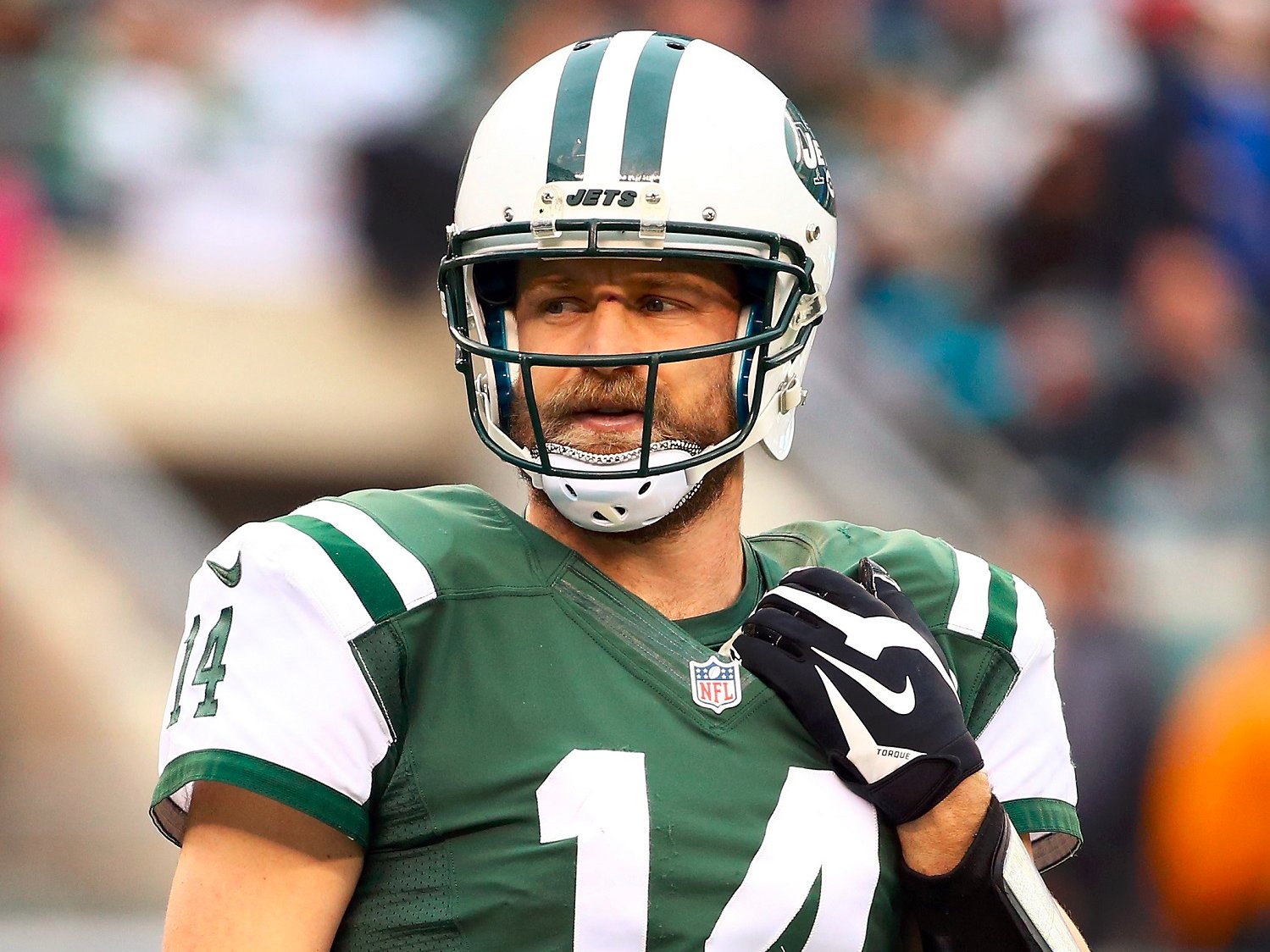 Al Bello/GettyRyan Fitzpatrick may not have much leverage against the Jets.

NFL teams are onto OTAs this offseason, but the New York Jets are still without their starting quarterback from last year.

Despite team workouts, Ryan Fitzpatrick remains unsigned, with details of his contract negotiations with the Jets leaking out in recent days.

According to Seth Walder of the New York Daily News, the Jets offered Fitzpatrick a three-year, $24 million deal with the potential to reach $36 million if he hits certain incentives. The deal is front-loaded to pay Fitzpatrick $12 million in 2016, but only $6 million per year thereafter.

According to Manish Mehta of the New York Daily News, some people now believe Fitzpatrick may take less money elsewhere out of “principle” over the Jets’ offer. Mehta notes that there is little guaranteed money in the contract, and if Fitzpatrick reproduces another career season like he had in 2015, he would be making $6 million per year in 2017 — effectively backup money.

ESPN’s Rich Cimini adds that the details of the contract signal the Jets view Fitzpatrick as a “bridge” quarterback — a stopgap. It’s a favorable deal for the Jets that rewards Fitzpatrick for his 2015 season, but makes very little commitment to him beyond 2016. The drafting of Christian Hackenberg in the second rounds is evidence that the Jets are already looking for long-term replacements.

If young backups like Bryce Petty and Hackenberg are ready to assume the helm after 2016, Fitzpatrick isn’t being paid all that much. If neither Petty or Hackenberg are ready, then the Jets still have a veteran quarterback to run the offense at a low price.

While both sides have maintained that they would like a reunion, there will have to be concessions. Though Fitzpatrick could threaten to sign elsewhere, thus far, the market for him seems minimal, with most teams having their quarterback situation set by now. If the Jets truly want Fitzpatrick back, they can up their offer, though it seems they’d be negotiating against themselves.

The Jets appear to have all of the leverage in the situation, but it’s clear the front office, coaching staff, and, mainly, the players want Fitzpatrick back. The ongoing negotiations don’t represent great faith in Geno Smith’s ability to run the offense as a starter.

The Jets have said several times that they don’t feel a rush to get a deal because training camp is still so far away. However, this standoff has dragged on longer than anyone expected, and with both sides seeming to dig in, it may still get messier.