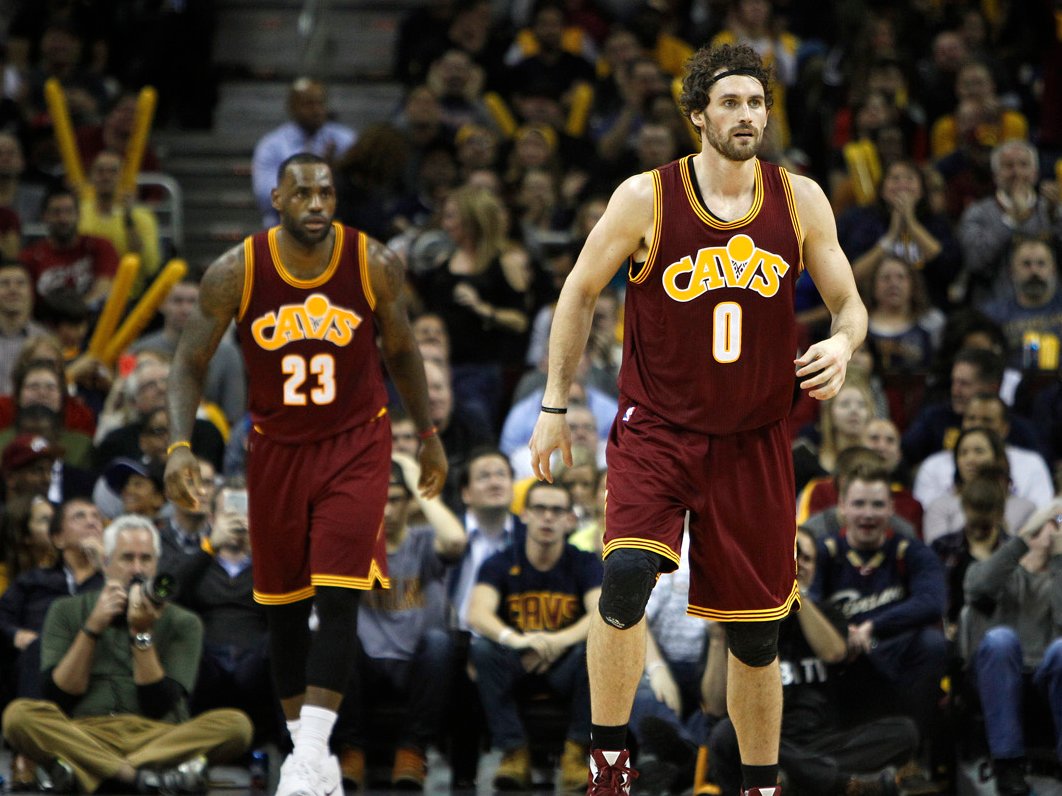 There’s no doubt that LeBron James and Kevin Love haven’t had the most harmonious relationship since becoming teammates last summer.

They had an awkward first year in Cleveland last season, with LeBron calling out Love on Twitter and later leaving him out of team photos.

They had a pool-side free agency meeting to talk things out before Love re-signed, and LeBron went out of his way in preseason to say that Love will have a bigger role on the team this year.

Love has mostly played better, and the Cavs are the undisputed kings of the Eastern Conference, but a rough patch has things seemingly getting tense again.

After the Cavs were demolished by the Golden State Warriors Monday night, the Cavs’ locker room didn’t seem like a particularly joyous place. LeBron James said it showed how far the team is from championship contention, David Blatt said the team was poorly prepared. Kevin Love made a cliché about reflecting on the loss, but it had a strange inclusion of LeBron (via Cleveland Plain Dealer’s Chris Fedor).

“We have a lot of things to get better at,” Love said. “That’s going to take a lot of guys looking themselves in the mirror and it all starts with our leader (James) over there and dwindles on down.”

In all likelihood, this is probably just poorly worded. Love called LeBron the team’s leader, and he likely means that the team can follow LeBron’s example of looking in the mirror.

Yet, given the two players’ history, it’s also hard not to read that statement and think it sounds like something more. It comes after an overall poor performance from the Cavs, but one in which Love went just 1-5 for three points while getting embarrassed on defense. And it’s only five days after Love scored just 10 points in a game against the Spurs and was also targeted on the defensive end.

After a strong start to the season, Love is averaging just 12.2 points per game on 36% shooting over December and January. It’s hard to tell what the causes of Love’s struggles have been, but it’s been a radical drop-off from his play in November.

James was reportedly frustrated with Love last season when Love allegedly came to training camp out of shape and didn’t play up to what LeBron expected.

After Monday night’s beatdown, LeBron noted that some of Cleveland’s “inexperienced guys” don’t have the wherewithal to rebound from bad play in big games. While not a shot at his teammates, it also wasn’t a very supportive statement.

Winning, of course, cures everything, and if the Cavaliers get back to it, these strange comments will likely disappear. Yet, Cleveland is 0-3 against the Spurs and Warriors this season, and for now, some of these awkward comments seem to be filtering back in.