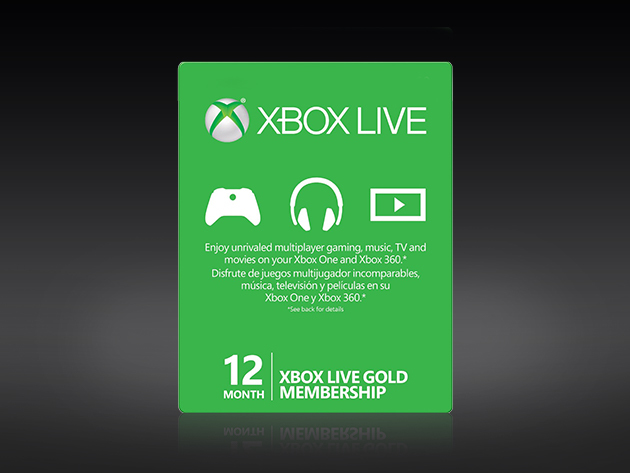 Here’s a deal you better move on quick…because you don’t often see big discounts on Xbox Live Gold subscriptions. But right now, loyal TechnoBuffalo fans can enjoy an elite-level Xbox experience by getting in on a limited number of one-year memberships on sale at just $44.99, a full 25% off its regular price.

Bottom line – if you’ve got an Xbox (or ever thought about getting one), you need Xbox Live Gold privileges.

With Xbox Live Gold, you get unlimited access to an online multiplayer gaming network 300,000 users strong to play all your Xbox One and Xbox 360 releases. Xbox Live’s advanced network will pair you up with fellow players at your level as your party enjoys lag-free, cheater-free game sessions.

You’ll also get a ton of free games each month for both systems. Some of the past Xbox Live Gold free games include blockbusters like Assassin’s Creed IV: Black Flag, Rayman Legends, Halo 3 and Gears of War 3, so you can expect free play on some of the biggest games hitting store shelves in 2016.

If that doesn’t fill your gaming appetite, your membership also gets you 50 to 75 percent off on other huge games sold in the Xbox Store.

Considering huge releases like Assassin’s Creed Chronicles, The Walking Dead: Michonne and Far Cry Primal are dropping in the next several weeks, it’s a great way to either try out these hot new games or just buy ‘em outright, usually at big savings.

Since Xbox Live Gold deals don’t come around all that often, we suggest you dive on this 25% off offer in a hurry…because the deal could end at any time.