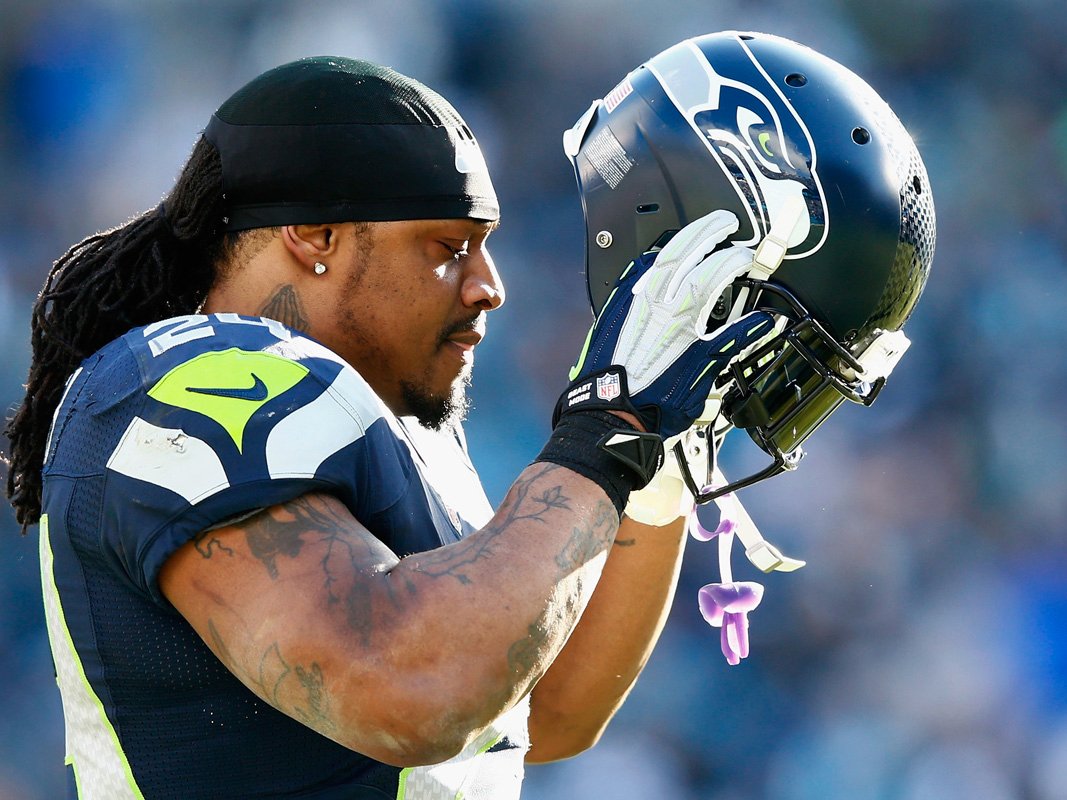 Jamie Squire/GettyMarshawn Lynch could be gone this offseason.

Former NFL player who regrets playing football, says the sport’s health crisis is only going to get worse

ESPN’s Scott Van Pelt has a great, simple solution for how to fix the NFL’s overtime rules

The Seattle Seahawks’ season ended last Sunday in a loss to the Carolina Panthers, beginning what may be a tense offseason.

Now, despite a solid season, the Seahawks have choices to make, and it may get awkward. With several important players hitting free agency, they’re going to have to find a way to open up money to bring back some of these players.

It begins with Marshawn Lynch. Lynch supposedly weighed retirement last year before returning to the Seahawks on a three-year, $31 million contract. He has a cap hit of $11.5 million next year, which Seattle may want to move away from.

Lynch, when healthy, was still good this season, but his backup, rookie Thomas Rawls, filled his shoes more than capably while Lynch missed nine games. Turning 30 this offseason, with a lot of miles on his legs, the Seahawks may want to cut ties with Lynch.

The Seahawks also could look at their future with Graham, who has a cap hit of $9 million next year. Graham was underwhelming in Seattle, proving a poor fit for the Seahawks’ scheme, which used him less as a receiver than he’s used to. He injured his knee in Week 11, and the Seahawks went 4-1 thereafter. Graham isn’t mentioned as frequently as Lynch as a nominee to get cut or traded, but Seattle should at least consider it.

Seattle also has decisions to make on free agents like Bruce Irvin, Russell Okung, J.R. Sweezy, Jeremy Lane, and Jermaine Kearse. Irvin, Okung, Lane, and Kearse have all expressed that they’d like to stay in Seattle.

However, Seattle isn’t going to be able to retain everyone, lest everybody takes discounts. With an offensive line that was one of the worst in the NFL, the Seahawks would seemingly want to retain Okung and Sweezy to give Russell Wilson more protection. Yet doing so may come at the cost of weakening the secondary (losing Lane) or weakening Wilson’s targets (losing Kearse).

In a sense, this is a good problem to have — Seattle has drafted so successfully, that eventually, these talented players become free agents, and Seattle has to choose who to keep. They could theoretically continue this pattern by drafting well, but nothing is guaranteed in the draft, and it won’t prevent the team from having to make difficult decisions about who stays and who goes.