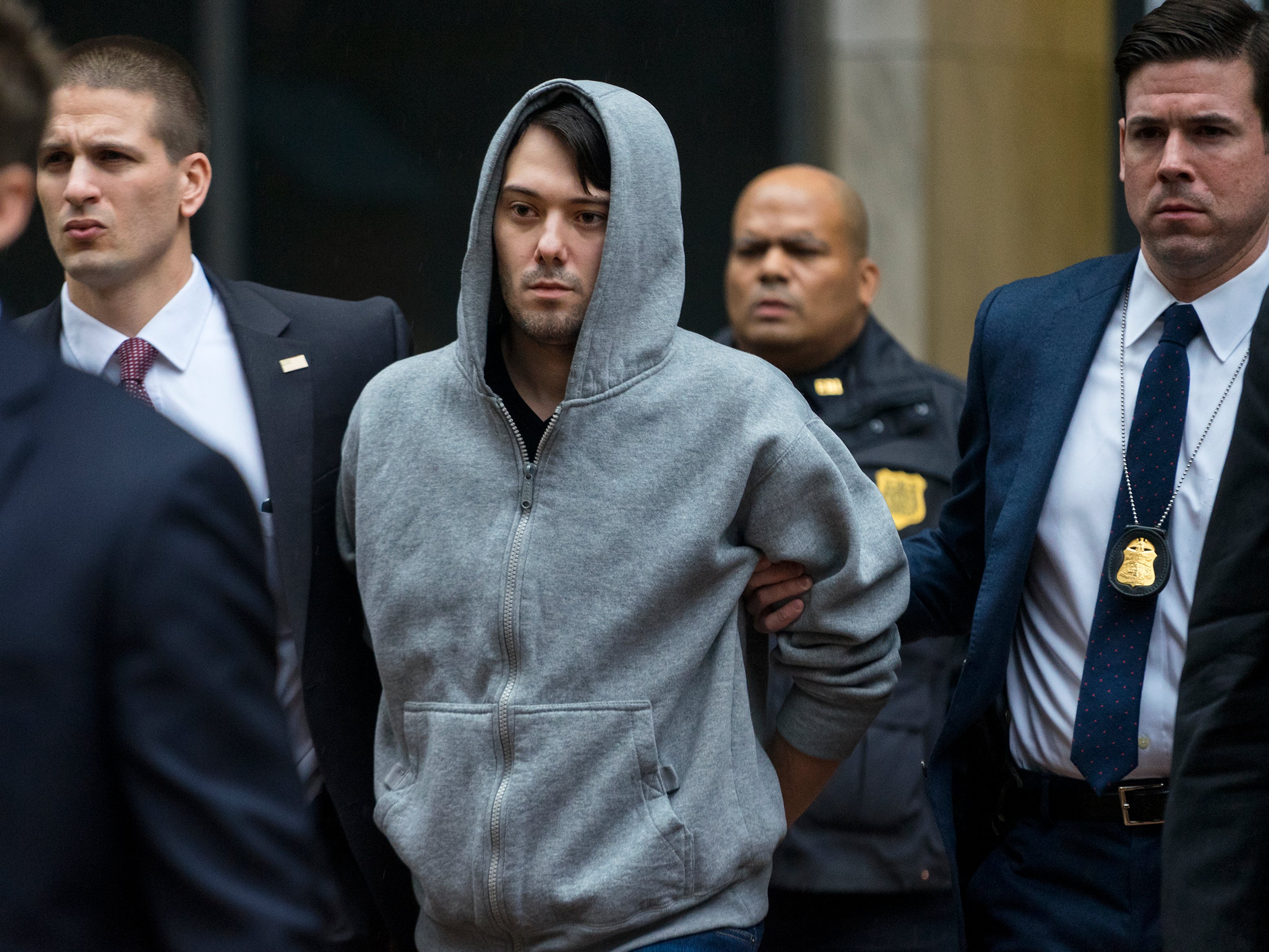 AP ImagesMartin Shkreli, the former hedge fund manager under fire for buying a pharmaceutical company and ratcheting up the price of a life-saving drug, is escorted by law-enforcement agents in New York, on December 17, 2015, after being taken into custody following a securities probe.

As of January 6, the account had $45 million in assets, the filing said.

The filing says that Shkreli cannot sell or transfer the funds from the account.

If assets fall below $5 million in the account, E-Trade is supposed to notify the US attorney’s office for the Eastern District of New York within a day.

Shkreli, 32, was arrested on December 17 by federal authorities on charges of securities fraud involving his former hedge fund, MSMB Capital, and Retrophin, the publicly traded biotech company he founded in 2011 and led until September 2014, when he was ousted as CEO by the board.

Prosecutors alleged that Shkreli carried out three interrelated fraudulent schemes by using money from Retrophin to repay investors in MSMB Capital. US Attorney Robert Capers said that his alleged transactions were “like a Ponzi scheme.”

He has pleaded not guilty to the charges and has tweeted he’s “confident” that he “will prevail.” He was set free on$5 million bond.

Shkreli gained notoriety in September after his biopharma startup, Turing Pharmaceuticals, acquired the rights to Daraprim, a decades-old antiparasitic drug used to treat toxoplasmosis, and immediately hiked the price from $13.50 to $750 a pill.

Bloomberg was first to report the terms of the bail.

NOW WATCH: Time Warner Cable says up to 320,000 customers may have had their passwords stolen