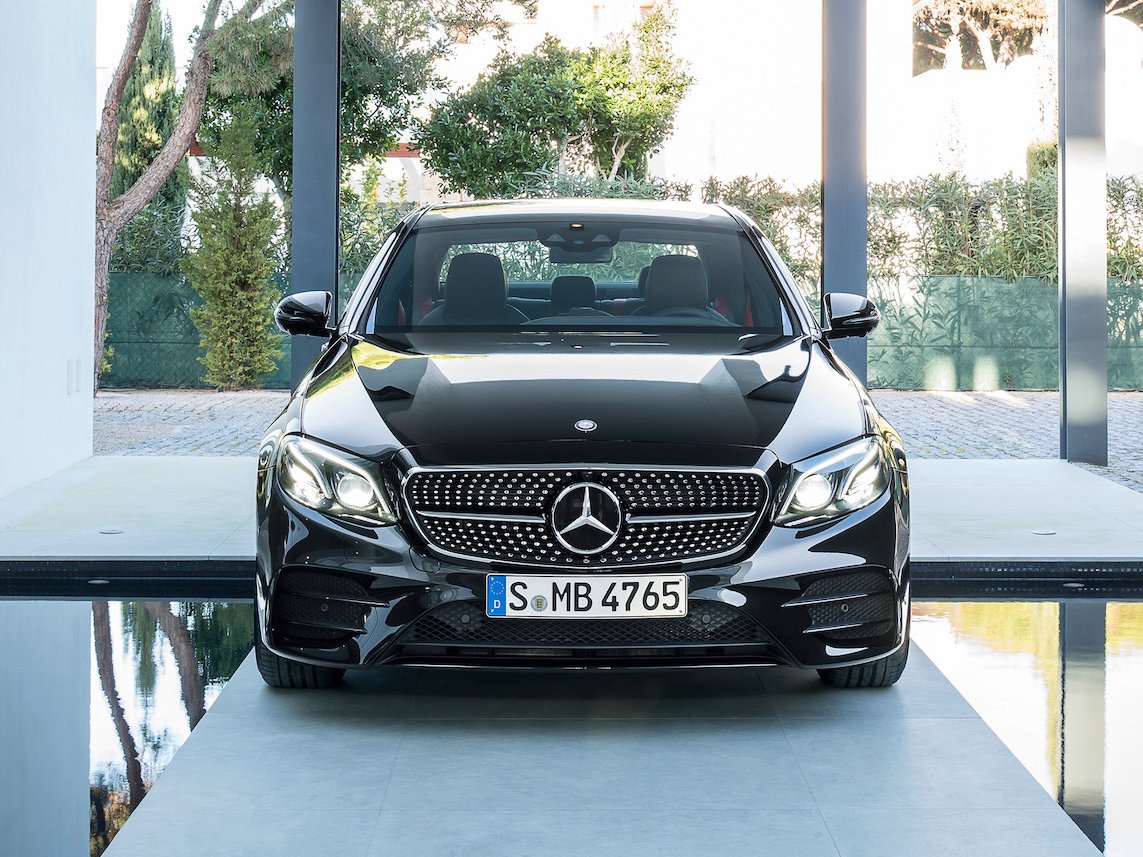 Porsche is playing a dangerous game

Porsche’s most important car is now its cheapest

Mercedes attacked a $513,000 Maybach limo with an assault rifle

Mercedes-Benz unveiled its latest E-Class sedan in January at the 2016 Detroit Auto Show.

Now the company has given its bread-and-butter midsize luxury sedan an edgy alter ego.

With the E43, customers of the three-pointed star will get a 3.0-liter, 396-horsepower, twin-turbocharged V6 engine paired with Mercedes’ nine-speed automatic transmission.

In addition to the twin-turbo engine, the E43 carries other go-fast goodies, such as AMG’s Airmatic adjustable air suspension, speed-sensitive sports-steering system, and dynamic driving modes.

According to Mercedes-AMG — the high-performance division of Mercedes — the E43 can make the run to 60 mph from a standstill in just 4.5 seconds and reach an electronically limited top speed of 155 mph. Although it carries the AMG badge, the E43 is not the full-blown, hardcore, track monster that you would expect. Instead, Mercedes-AMG ratcheted up the insanity only incrementally for the E43. With “just” 396 ponies under the hood, this sedan is destined to serve as the middle of the lineup variant in the same vein as the Audi S6 and BMW 550i.

It won’t be Mercedes’ BMW M5 and Audi RS6 fighter. That’s because the steroid-infused E63 AMG is likely to be on the way.

The Mercedes-AMG E43 will make its world debut later this month at the 2016 New York International Auto Show and hit US showrooms early next year. SEE ALSO:Check out the 10 best engines in the world today

NOW WATCH: These Mercedes ads give a nice hat tip to ‘Back to the Future II’