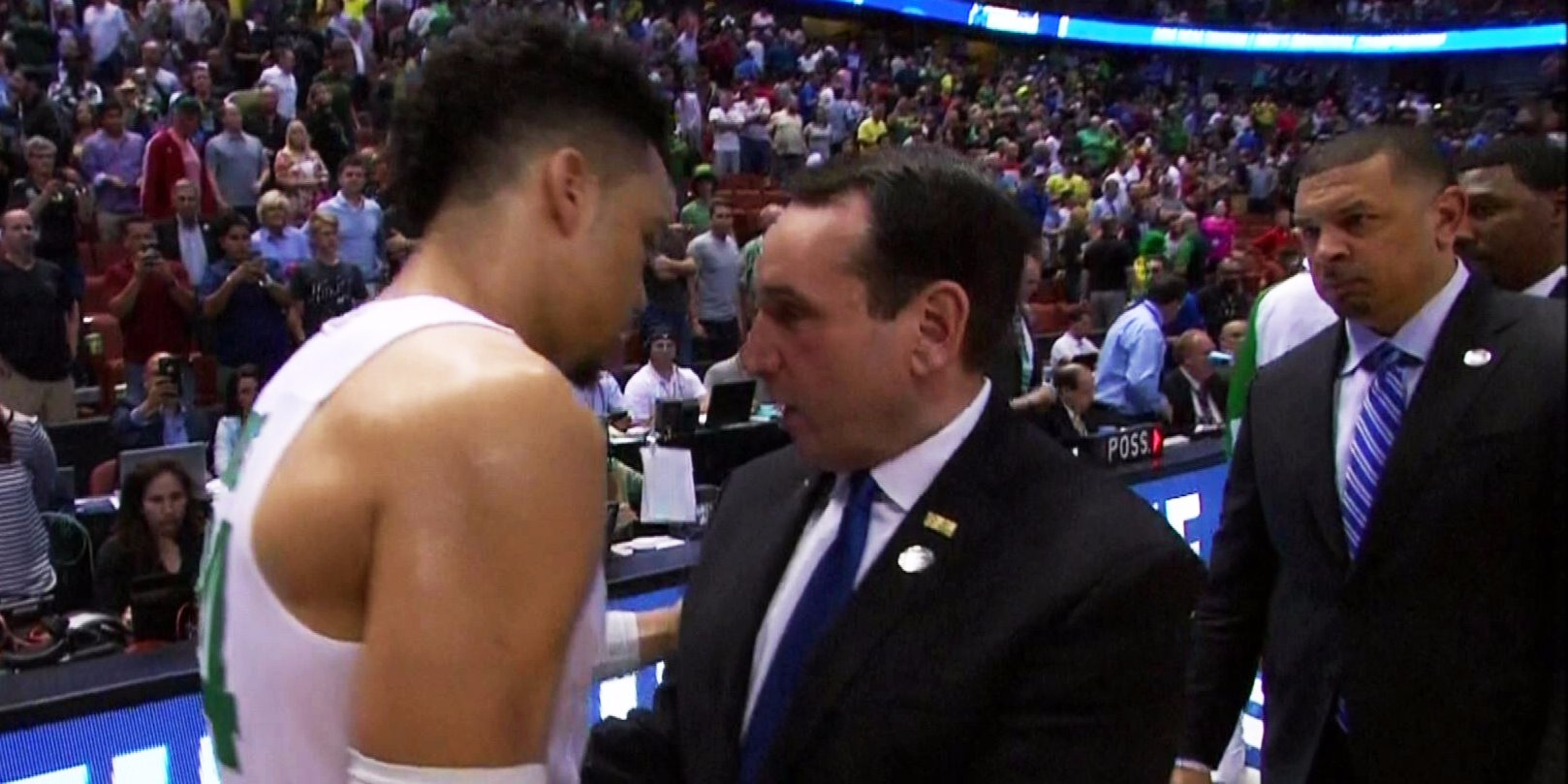 Mike Krzyzewski has issued an apology after audio of his confrontation with an Oregon basketball player in the NCAA Tournament was made public.

“Today, I spoke with Oregon head coach Dana Altman and apologized to him for my remarks to Dillon Brooks following our game. It is not my place to talk to another team’s player and doing so took the focus away from the terrific game that Dillon played. In the postgame press conference, I reacted incorrectly to a reporter’s question about my comment to Dillon. Clearly, the story that night was about Oregon advancing to the Elite Eight, and the outstanding game they played. I sincerely hope I did not create a distraction for Coach Altman and his team at this critical time of year. Certainly, I have the utmost respect for the Oregon program and their tremendous accomplishments.”

The incident came after Oregon’s sophomore forward Dillon Brooks hit a long and meaningless three-pointer in the closing seconds of the Ducks’ Sweet 16 win over Duke. Grayson Allen, Duke’s much-maligned sophomore guard, refused to shake hands with Brooks and Coach K was seen talking to Brooks as the teams shook hands.