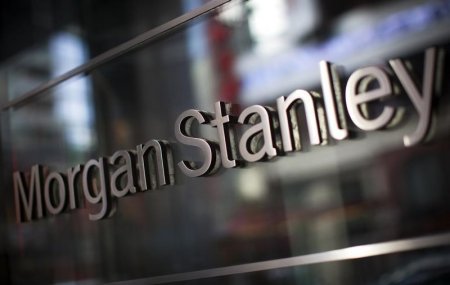 (Reuters) – Morgan Stanley will be straying ever further from its Wall Street roots in the coming months as it shifts more operations to lower cost cities like Mumbai and Budapest as it aims to slash costs.

The investment bank on Tuesday announced an initiative to cut up to $1 billion by 2017 by using technology and outsourcing jobs now in its New York headquarters and other higher cost cities. However, it declined to give specific details about the number of jobs it would move to lower cost centers.

While shifting so-called back office operations to cities where salaries are a fraction of New York or London is not entirely new, the bank’s Chief Executive James Gorman said the pace will now accelerate.

“We have too many employees based in high-cost centers doing work that can sensibly be done in lower cost centers,” Gorman said on a fourth-quarter analyst call with analysts.

The firm, which is aiming to raise its return on equity to 10 percent from a current 8.5 percent, also has an office in Mumbai that houses 2,400 staff.

Morgan Stanley’s Glasgow office is its second largest location in Europe after London with more than 1,300 employees, up from just 6 workers when the office was opened 15 years ago to support the firm’s investment funds businesses, according to the company’s website.

The bank also has two main hubs in Budapest which it opened in 2006, including a center to support the firm’s fixed income trading business and an operation focused on operations and information technology.

“Financial services companies are relatively well advanced already with taking advantage of offshoring but the capacity of the potential to continue has not yet been unleashed,” said Johan Gott, a principal with consulting firm A.T. Kearney. “There is a lot of room for growth in that space.”

Morgan Stanley is not alone. Several other large U.S. banks are looking at new ways to reduce expenses as they try and raise profits in an environment where revenue growth remains anemic.

Goldman Sachs Group Inc , UBS Group AG and Credit Suisse AG are all looking to expand their operation centers in Poland, as they benefit from the country’s relatively expensive and skilled laborforce.

Goldman has also been moving thousands of jobs to cheaper cities like Salt Lake City, Utah and Dallas over the last several years.

Under the aegis of what Morgan Stanley is dubbing Project Streamline, the bank is also looking at ways to use technology, including outsourcing to vendors and to industry partnerships, to cut costs, Gorman said.

A.T. Kearny’s Gott added that some low end jobs are also poised for automation, meaning workers could be replaced entirely by technology.

Morgan Stanley said in October it had joined with Goldman and JPMorgan Chase & Co to form a data-management company at a lower cost than what the banks would spend individually.

The bid to accelerate outsourcing is just the latest sign of the bank’s focus on costs amid a protracted slump in bond trading. Cost reductions, including reduced compensation, were a key factor in the bank posting better-than-expected fourth quarter results on Tuesday.