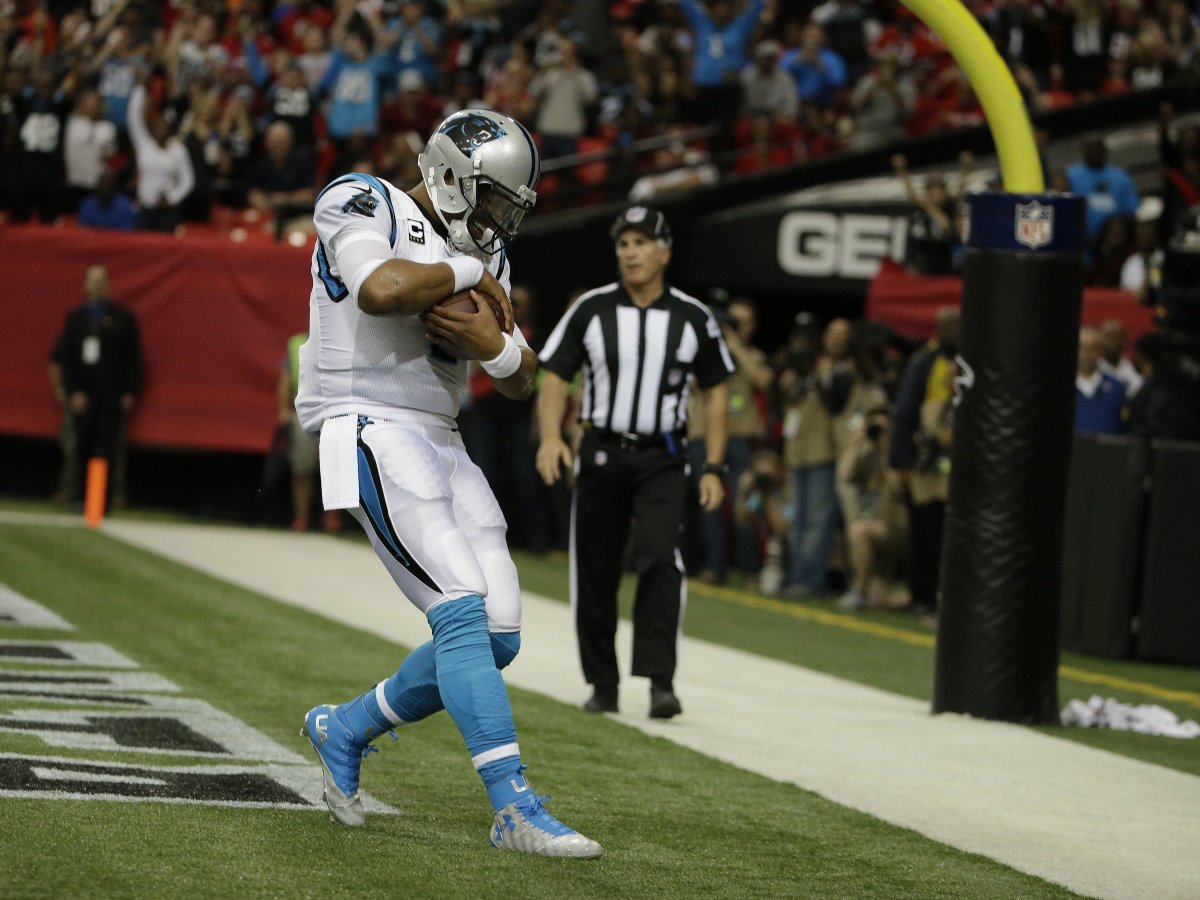 David Goldman/APNewton celebrates a touchdown run against the Atlanta Falcons by rocking the football to sleep.

The 3 plays in sports everybody will be talking about today

Cam Newton and the Carolina Panthers have been full of surprises this year — from their dance moves to their impressive 14-0 run.

Newton had another surprise in store last week when he revealed that he and longtime girlfriend Kia Proctor welcomed a baby boy into the world.

“I’ve been quiet about this because I didn’t want to create a distraction for my team and appreciate the privacy in this joyous time,” he tweeted on December 30.

Born on Christmas Eve — in between a highly publicized game against the New York Giants and the Panthers’ first loss of the season to the Falcons — Chosen Sebastian Newton was 9 pounds, 6 ounces and 20 inches long at birth, The Charlotte Observer reported.

The birth explained why Newton switched up his typical end-zone-dance repertoire after scoring on a touchdown run against the Falcons — in addition to his usual “dab,” and just before handing the touchdown ball to a young fan, he pretended the football was a baby that he was rocking to sleep.

Looking to lead the Carolina Panthers to their first Super Bowl title, the MVP contender has a lot on his plate, but he’s finding time to spend with Chosen.

“I took him out for a jog yesterday. He was running alongside me,” Newton joked during a press conference. “He has a couple of scholarship offers already on the table.”

Football may not be in the cards for Chosen, but basketball could be: “He can dunk, too,” Newton said in between smiles.

Watch the full interview on The Charlotte Observer >>.

SEE ALSO:Cam Newton: Ref told me I am ‘not old enough’ to get a critical late-game penalty call