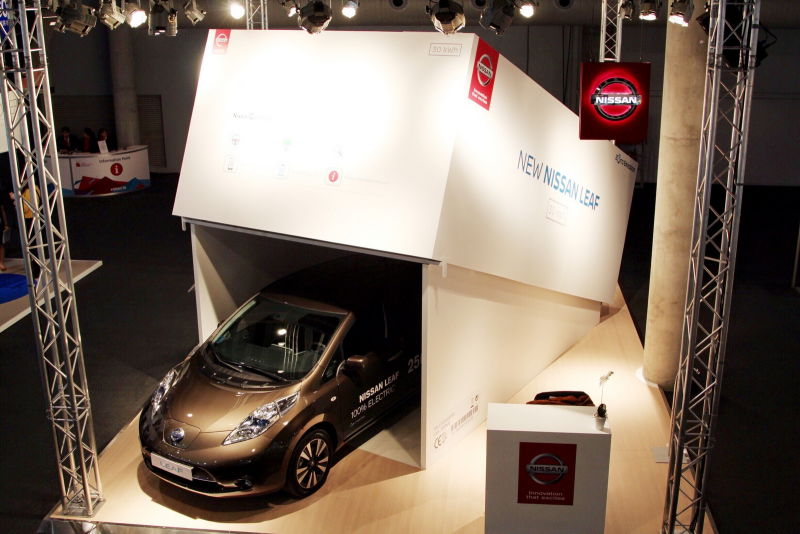 I’ve never really understood the popularity of “unboxing” videos on the internet, as it just seems to be some conceited jerkwad who makes a lot of money talking in monotone and taking a phone out of a box. Well Nissan knows the genre is popular, so it made a dumb video “unboxing” the new electric Leaf.

The video starts out generic, talking about “special opportunities”, “creating movements”, and something “revolutionary”—all very much in the tone of the latest Samsung or iPhone videos where they try to pretend they matter—alluding to the contents of the mysterious box shown on screen and leading up to the big reveal, which is that it’s not the next hashtag: revolution, but instead a Nissan Leaf.

We get it! Electric cars are just like smartphones! You’re the next Apple! You have all the best features! Increased battery capacity! No “crashing”! Get it?! A new metallic finish! METALLIC FINISH! HA!

Perhaps I hate this video simply because it so accurately portrays what I hate about all of the other dumb tech advertisements and videos out there. It’s just a boring, exaggerated ego pump. Buy this thing because it’s better than you. These videos capture the essence of Donald Trump in a cynically subtle way.

Anywho, there is in fact a next generation Leaf, touting an upgraded range claimed to be 26 percent improved over the previous generation for a total of around 155 miles. That’s still not 200, if my math is correct, so it’s already beat by the new Chevy Bolt and virtually every other EV on the market or about to be. But it also now comes with an optional battery heater for colder climates, and so far it is, in fact, the best selling electric vehicle in the world.

But seriously—Nissan actually “unboxed” the car on stage. Ugh. Please let this kill the trope that cars are just like smartphones.