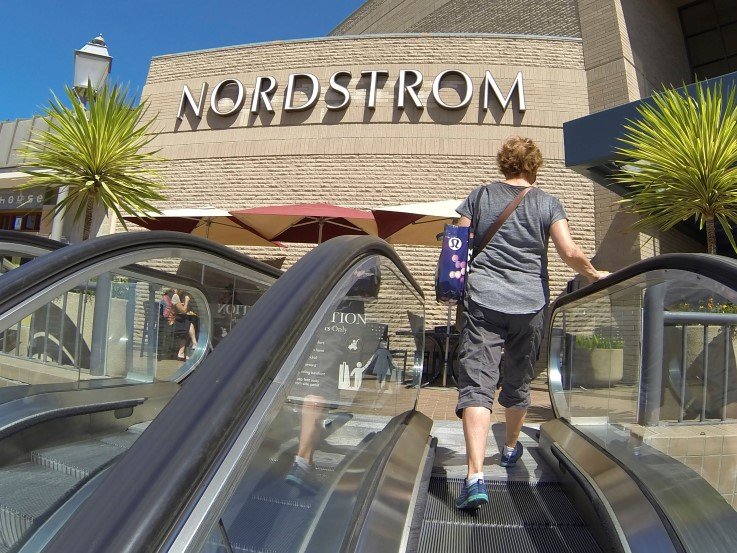 Nordstrom capped off a rough day for the retail industry with another disappointing quarter.

The high-end department store said same-store sales slipped 0.8% versus a year ago, missing the unchanged reading that analysts had forecast.

The company earned an adjusted $0.43 a share, easily beating the $0.27 that Wall Street was expecting. That included “an interest expense charge of $18 million, or $0.06, related to a $650 million debt refinancing completed in the first quarter of 2017,” the release said.

Revenue of $3.35 billion, edged out the $3.33 billion that the Bloomberg consensus was anticipating.

The company reiterated its full-year earnings per diluted share outlook of $2.75 to $3.00, and said it expects net sales to increase between 3 to 4 percent while comparable sales hold steady.

Shares of Nordstrom are down 3% at $44.81 in extended trading on Thursday.

Nordstrom’s results come after both Macy’s and Kohl’s failed to excite investors with their earnings announcements ahead of Thursday’s opening bell. Aside from missing on earnings and revenue, Macy’s saidcomparable sales on an owned-plus-licensed basis contracted by 4.6% in the first quarter, missing analyst forecasts of a 3.5% year-over-year decline.

While Kohl’s beat on earnings, its sales fell short of Wall Street estimates.

Prior to the earnings, Nordstrom’s stock was down 7.6% on Thursday.