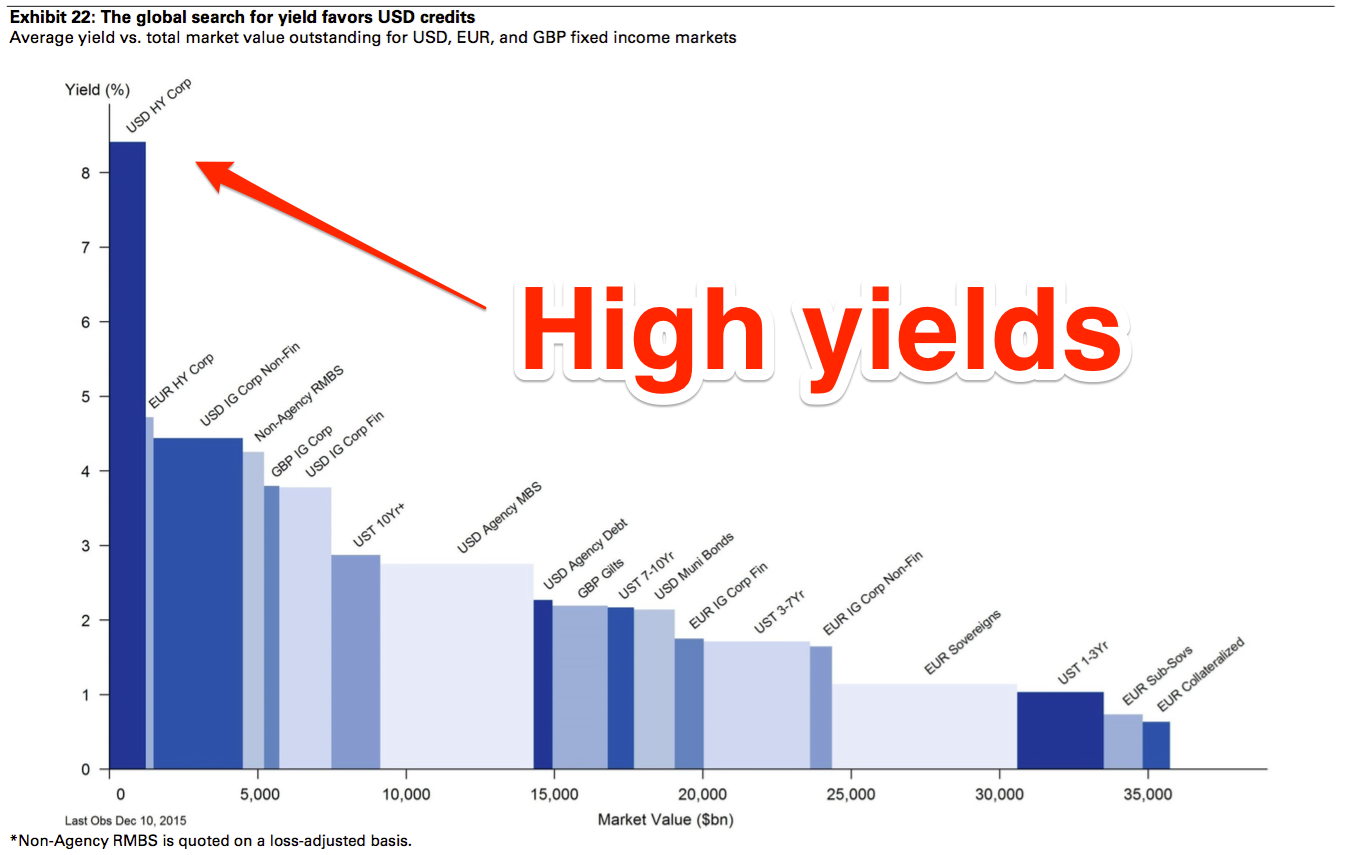 It’s not easy being an investor in debt.

Both in Europe and in the US, central banks have kept interest rates low and bought bonds to keep credit flowing in the wake of the 2008 financial crisis.

This has meant that yield investors get on traditionally low-risk investments, such as government debt, has cratered. Demand for government bonds has jumped because central banks have waded into the market, skewing prices.

So — hungry for yield — fixed-income investors have picked up so-called high yield or junk bonds. This refers to debt issued by companies that don’t have an investment grade credit rating.

Yield is the interest of the bond measured against its market price, so as a bond declines in value, signalling higher risk of default, the yield increases.

Goldman Sachs has a chart which sums up almost the more than $35 trillion Western debt market. It shows just how much more these types of bonds pay out annually compared with more traditional debt: As the Federal Reserve nears its first rate rise since the crisis some of these high-yield bonds have lost their lustre, with the free-falling oil price causing particular pain for those issued by energy companies.

As Mike Bird reported earlier this year, US bonds rated CCC or lower are now yielding 17% on average, the highest since 2009. That makes it above where it was during the very worst days of the eurozone crisis. But, there’s no need to panic yet. Goldman Sachs doesn’t think this distress will filter down to the other parts of the debt market as the Fed begins to raise rates.

Here’s what the analysts, led by Lotfi Karoui, had to say:

First, to the extent rising rates are a response to stronger growth, risk appetite should remain firm and thus drive spreads tighter. At the same time, we expect the normalization of policy rates to be gradual. And while an inflationary shock leading to higher rates could obviously push spreads wider, such a scenario remains unlikely, in our view.