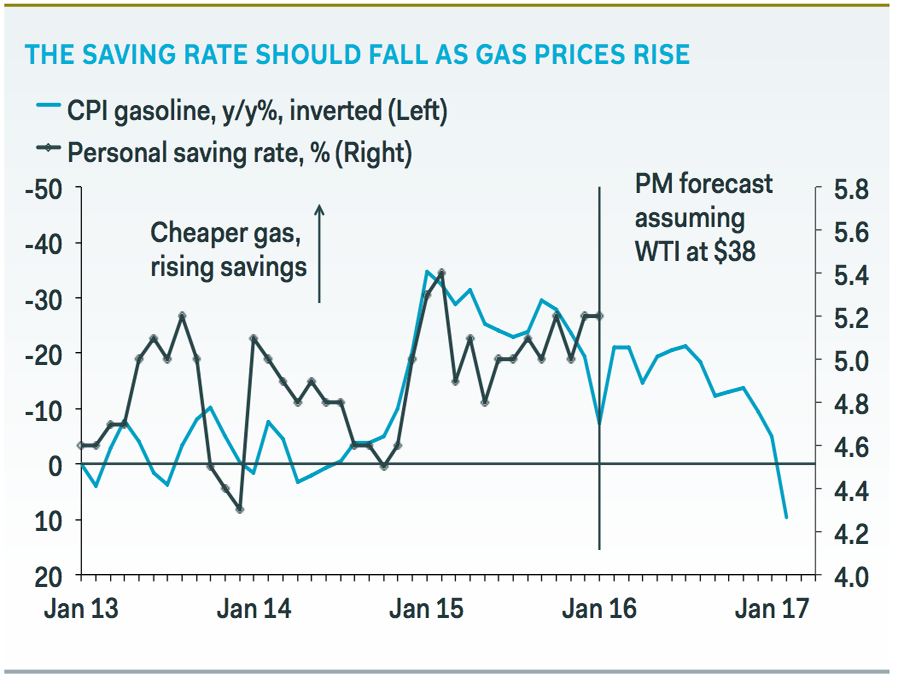 This week is all about the Federal Reserve.

Markets are expecting the Fed will pause on raising rates again when it announces its latest policy decision on Wednesday. Bets on future action from the Fed have also been skewed down so that consensus is targeting at most two additional moves from the Fed this year.

But Pantheon Macroeconomics’ Ian Shepherdson thinks the Fed will be “forced” into four rate hikes this year starting with the June meeting.

The key to getting the Fed’s next moves right, however, will come down to just a few things.

“In our view, investors need to ask themselves three — maybe four — big questions about the economy this year,” Shepherdson wrote in a note to clients on Monday.

“Get them right, and you’ll be able to map the Fed’s actions and the path of the economy with a degree of confidence.” How far will the personal savings rate rise — or fall — this year?

This question is mostly about consumer spending, which fuels 70% of economic growth.

The personal savings rate rose to 5.2% in January from a low of 4.2% in October. And so what happens to it next could move the needle on economic growth, and on how the Fed assesses the economy.

Many consumers with cars are still hoarding the extra cash they got from low gas prices to the confusion of economists everywhere. Even though economists expected a bug bump to consumption, it seems consumers needed to be sure that prices would stay low before letting go of all the savings.

Is the drag from falling capex spending in the energy sector over?

Shepherdson thinks the answer to this is yes.

Capital spending on new mining structures fell in half to $82 billion in Q4 of last year from its peak just before the oil crash. This removed 0.5% from gross domestic product growth in the fourth quarter.

And as Shepherdson noted last year, a drop of this magnitude cannot be repeated anytime soon. Shepherdson argued that the slowdown in wages in February was the result of a calendar quirk as the survey was conducted the week before many workers were paid.

The same thing will happen in the March employment report.

The bigger picture, however, is that the message from the NFIB’s survey of small businesses is pointing to higher wages.

Shepherdson notes that, “In the past, nothing has moved the Fed more quickly than fear that it has lost control of wages. Talk of allowing overshooting wage gains or inflation is cheap when faced with the reality of significantly faster gains than expected, especially when there’s no end in sight to the upturn.”

Bonus: what about China?

Shepherdson thinks there’s not much to worry about here where the US economy is concerned.

Even if weak Chinese demand persists, it would only hurt manufacturers, and not the much bigger and domestically facing services sector that drives the economy.

[The Fed’s] legal obligation to pursue maximum employment and stable prices means that problems overseas will be cast aside in their deliberations if we’re right about the three domestic issues set out above. Accordingly, we’re sticking with our view that the Fed will be forced into four rate hikes this year, starting in June. Markets expect only one-and-a-half hikes, so the scope for disruption is huge.

SEE ALSO:FED ON DECK: Your complete preview of the week’s big economic events