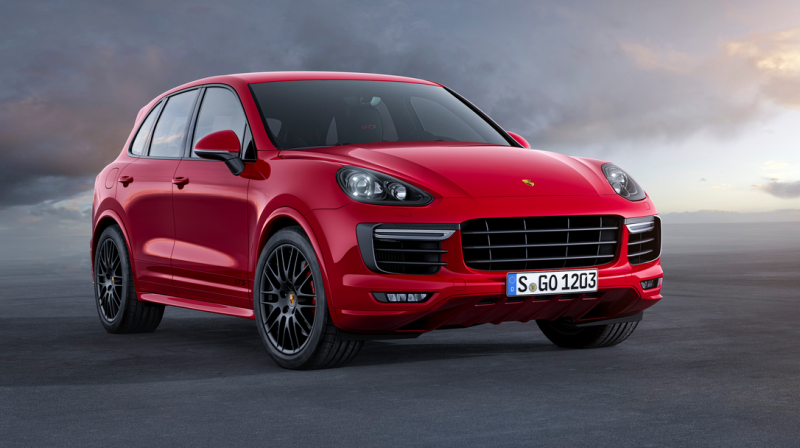 The Cayenne is the SUV that allows Porsche to continue to build crazy sports cars but that doesn’t mean it isn’t a little guano itself. What do you need to know before you buy a Porsche Cayenne? Don’t worry, we’ll tell you everything right here in the Ultimate Buyer’s Guide.

When Porsche engineered the cars that eventually became the rear-engined, RWD Porsche 911 they created for themselves a physics problem that they’ve spent generations trying to solve. The same can be said for the Porsche Cayenne.

How do you build a car that’s fast enough and enjoyable enough to deserve a place in Porsche’s stable while also designing essentially a tall hatchback that’ll appeal to suburbanites and people who might actually go off-road? Simple, you build the Porsche Cayenne.

We’ve now gotten used to the idea of an SUV/CUV that can actually be quick and not a chore to drive, but Porsche gets credit for getting there first. The first generation Cayenne was good and the second generation Cayenne is even better, blending comfort and luxury and speed in a package that makes even the most hardcore Porsche fanboy admit that, yeah, this is a pretty stellar vehicle.

You shouldn’t take the Cayenne in any trim to the track unless you’re towing your 928 race car, but if you know what you’re doing and should happen to end up on the track with a Cayenne Turbo S you will embarrass many people. The Cayenne is a car-like crossover that is so loaded with power and electronic nannies that you can point it into a turn, bring in way too much speed, and it’ll usually keep you out of a wall.

On the track the car is always fighting its heft and center of gravity to keep the nose pointed in the right direction but, if you’re not a complete knob, it’s a fight it will always win.

You shouldn’t take the Cayenne in any trim off-roading unless you’re being chased by the evil henchman of a secret apocalyptic organization, but if you have some sense of non-pavement driving and mind your breakover angle you can get surprisingly far. Yes, in making the Cayenne more car-like they dropped the low-range transfer case, but they also dropped three passengers worth of weight and with the right tires you can do anything that any other softroading CUV can do.

Where you should take your Cayenne is any regular civilian road you’d take any other car. In the mall parking lot you’ll have the tall seating position and good view you’ll want to snake a good space. On the highway the much lighter second gen Cayenne will absorb miles like your average blogger absorbs antacid tablets.

What’s New About The 2016 Porsche Cayenne

The second generation Porsche Cayenne made its debut at the Geneva Motor show in 2010 and was later released in the U.S. as a 2011 model. That Cayenne was larger than its predecessor, more powerful, lighter (thanks to use of aluminum and magnesium) and even more fuel efficient.

The new Cayenne also brought all new styling to both the cabin and the exterior. In addition, the second generation Cayenne brought a hybrid model and a new all-wheel drive system, though there is no longer a low range like there was in the old Cayenne, with a new 8-speed and its lower first gear ratio, the new Cayenne still promises to hold its own in the rough stuff.

When the Cayenne launched, it was available in only Cayenne, Cayenne S, Cayenne S Hybrid and Cayenne S Turbo trims.

The second year of production, 2012, didn’t bring much of a change to the Cayenne besides a Power Kit option, which cranks up the power an additional 40 ponies.

In 2013, Porsche added two new Cayenne models: the Cayenne Diesel and the Cayenne GTS. The diesel offered a 3.0-liter 240 horsepower V6 while the GTS came with a slightly tweaked version of the 4.8-liter naturally aspirated V8 from the Cayenne S, except instead of producing 400 horsepower, the GTS made 420.

Then, in 2015, Porsche made some huge changes. They ditched the Cayenne S’s 4.8-liter naturally aspirated V8 in favor of a 3.6-liter twin-turbo V6 very similar to the one used in the Macan Turbo. In addition to the new mill for the Cayenne S, the Cayenne S E-Hybrid debuts as “the world’s first luxury SUV with a plug-in hybrid drive.”

The new hybrid model is not only more powerful and faster than the outgoing model, but it’s also more efficient. It uses a 10.8 kWh lithium-ion traction battery whereas the old hybrid model had only a 1.7 kWh nickel-metal-hydride battery.

The only models available for 2015 were the diesel, the hybrid, the Cayenne S and the Cayenne Turbo.

But fear not, as 2016 models are out now and among them are the new Turbo S and GTS models. The fresh Turbo S is now more powerful, making 570 horses instead of the outgoing model’s 550. Since the Cayenne S got a new engine for 2015, the GTS ditches its old NA 4.8-liter V8 in favor of a tweaked version of the Cayenne S’s twin-turbo V6.

Power! Yes, there’s plenty of power in the Cayenne engine lineup. The diesel brings up the rear with 240 ponies, but it cranks out tons of torques. 406 to be exact. Still, even with only 240 shetlands, the diesel will get to 60 in about 7.2 seconds.

That’s actually faster than the lighter, more powerful base Cayenne, whose 300 horsepower naturally aspirated V6 propels it to 60 in 7.3 seconds.

Next up is the Cayenne S, which makes 420 horses, and the GTS, which gets a tuned version of the S’s engine and makes 20 more horsepower for a total of 440. The Cayenne S will do a 5.2 second zero-to-60 pull, while the “sport-oriented” GTS will get there in four tenths of a second quicker.

At the top of the line, you’ve got the Cayenne Turbo and Turbo S. Firebreathers by any account, these puppies put out 520 and 570 stallions, respectively. The Turbo gets to 60 mph in 4.2 seconds, and the Turbo S gets the enormous 4,927 pound SUV to 60 in an incredible 3.9 seconds.

You don’t buy a Porsche Cayenne for its fuel economy, and the numbers below show exactly why. The diesel, which is no longer being sold due to a stop-sale, is the only one that even gets close to reaching 30 MPG on the highway.

“But what about the hybrid?” you ask. Well, it gets 47 MPGe, which is great, except that the hybrid can only go about 14 miles before it runs out of juice. Then you’re stuck using the 3.0-liter supercharged V6, which gets only 22 MPG combined.

The base model’s 3.6-liter V6 scores 21 MPG combined, which isn’t far off from the 120 horsepower stronger Cayenne S’s 20 MPG. The Cayenne GTS manages 19 MPG and the Turbo and Turbo S score 17 combined.

So, not a strong showing from the Cayenne on the fuel economy front, but go figure.

The Turbo S, steps it up another not and not only gets bigger rotors, but also new calipers. The Turbo S gets huge 16.5-inch saucers up front and 14.6-inchers in the rear. The back calipers are the same as the other Cayenne trims, but the front gets 10-piston calipers. Ten pistons!

If you’re going to be hauling your race car then you’ll be best off with a Cayenne Diesel if/when that goes on sale again, but the Cayenne GTS is much like other GTS Porsche models in that it offers a little more power and many more options for a lower price than if you tried to configure an S yourself. In addition to the additional 20 horsepower you also get a more aggressive body kit, bigger brakes, the sport exhaust, 20-inch RS Spyder Design wheels, sportier seats, and alcantara bits. It’s a $20,000 premium over a base Cayenne S, but if you’re in the higher end of the SUV market that’s a value.

[Build Your Own Porsche Cayenne]