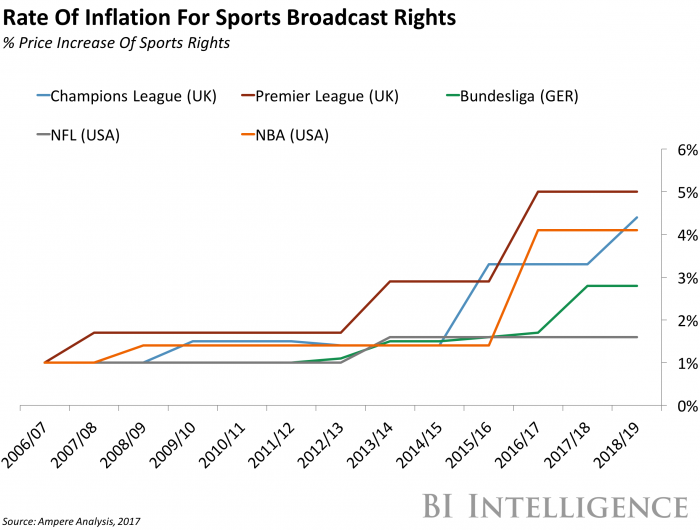 How Snapchat can survive Instagram’s assault on its features

The Premier League, the top soccer league in England and Wales and one of the most popular sports competitions in the world, suffered the biggest decline in viewership on Sky TV in at least seven years, Financial Times reports.

These are the Premier League’s worst TV ratings since the Broadcasters Audience Research Board (BARB), the UK’s de facto TV rating agency, began its current audience measurement methods in 2010.

The audience dropoff raises concerns over the continued popularity of the league, and live sports more broadly, and over the viability of current business models:

The causes behind the decline of live sports viewership are varied and complex. In addition to cyclical issues at play, sports programming is falling prey to the wealth of new content produced by the rise of new media platforms.

And as more and more TV viewers cut the cord, live sports content itself is moving off the TV screen and onto other devices.

To get the full report, subscribe to an ALL-ACCESS Membership with BI Intelligence and gain immediate access to this report AND more than 250 other expertly researched deep-dive reports, subscriptions to all of our daily newsletters, and much more. >> Learn More Now

You can also purchase and download the report from our research store.