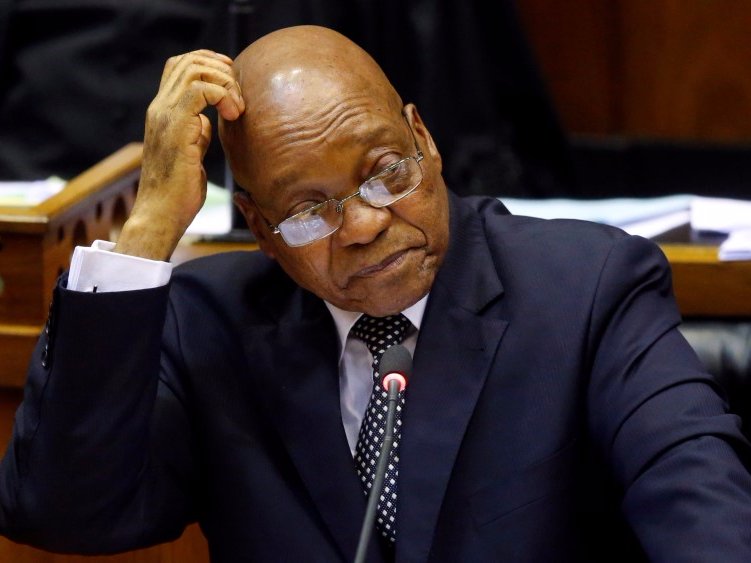 South Africa’s currency and markets have been under pressure since Monday, when Zuma ordered Gordhan to abandon an investor roadshow in Britain and fly home. Zuma has not given a reason for the recall. The SACP said it objected to that plan, while the main opposition said it would call a vote of no-confidence in Zuma over the matter.

The SACP’S deputy secretary general Solly Mapaila earlier told a news conference the party had registered a formal objection to the planned dismissals of Gordhan and his deputy Mcebisi Jonas during a meeting with Zuma on Monday.

After days of rumors, Mapaila’s comments were the first public confirmation that Zuma intends to dismiss the ministers.

“We objected both to the removal of the comrades as well as the intended replacements … even the reasons given,” Mapaila said referring to Gordhan and Jonas. “Comrade Pravin (Gordhan) has run that ministry with absolute cleanliness.”

Gordhan said on Tuesday that he was still finance minister. On Wednesday, he said he would “open a new chapter” of his life if sacked. Volatile trading in the rand has underlined Gordhan’s reputation among investors as a guardian of policymaking stability in South Africa.

On Wednesday, sources within the ANC told Reuters there was a split down the middle among its six most senior officials, who include Zuma, over whether Gordhan should be sacked.

Zuma does not need the support of the top six to hire and fire ministers but should top ANC members openly criticize his decision it would likely weaken his position in the party.

Nomura analyst Peter Attard Montalto said it was likely Zuma had made up his mind on the cabinet changes.

“It would seem odd to drag the Top6 all the way to Pretoria to simply rehash the division’s of Monday’s meeting. Minds won’t be changed, the splits are set, it seems either he backs down or informs them he’s all in for a full reshuffle.”

Zuma chaired a cabinet meeting late on Wednesday. A statement issued late on Thursday steered clear of any mention of a cabinet reshuffle.

Zuma did not address the subject when speaking to the National House of Traditional Leaders in Cape Town on Thursday but appeared composed and cracked jokes.

He was ushered out quickly and security officials shielded him from reporters as Zuma entered his luxury sedan. He laughed off questions by reporters on whether he would fire Gordhan.

Some pundits say Gordhan is being pressured by a faction allied to Zuma, which has clashed with him over his plans to rein in government spending, the management of state enterprises and the running of the tax agency as the economy stagnates.

Pressure has piled on Zuma over his plan to sack Gordhan.

Two senior sources had told Reuters Zuma is considering offering to step down next year, at least 12 months before his term as South African president ends, under a deal with opponents in the party that would see Gordhan leave office.

The main opposition leader Mmusi Maimane, leader of the Democratic Alliance, said he plans to bring a motion of no confidence against Zuma in parliament after his intention to fire Gordhan was confirmed.

Julius Malema, leader of the ultra-left Economic Freedom Fighters (EFF) and a former protege of Zuma, filed a court application for disciplinary or impeachment proceedings against the president on Thursday.