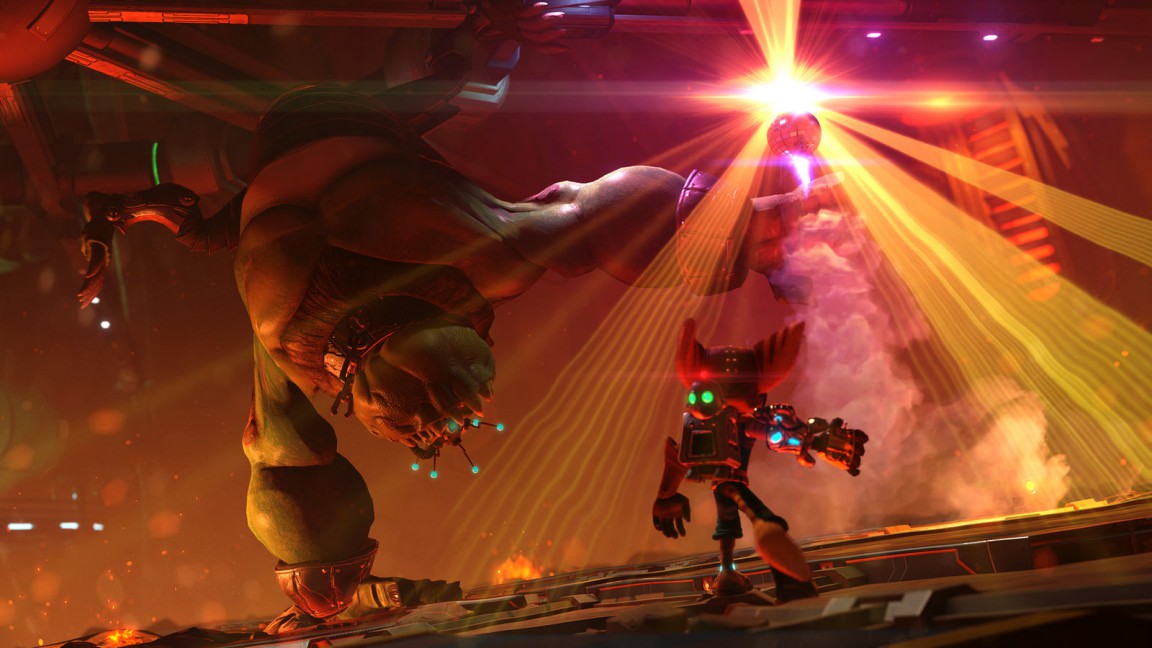 Sony is lining up the launch of Ratchet & Clank on the PlayStation 4 up with the film’s theatrical release. The game will drop in April, and the flick is set to debut in theaters on April 29, 2016.

That explains the decision to create a trailer that blends footage from both the Ratchet & Clank movie and its game. If you pay attention to the bottom right corner of the clip as it plays, you’ll see watermarks that indicate whether or not you’re watching “in-game footage” or pre-rendered stuff by Rainmaker, the production studio making the film.

Both look wonderful, quite honestly. The Ratchet & Clank series, especially the Future entries on the PlayStation 3, has always been known for looking fantastic. That trend will clearly continue with the reboot of the original game.

I will certainly play the title that releases this April for the PS4. I’m not sure about the flick, but I’ll catch it should it pull in decent reviews. Who knows? It could be funny.