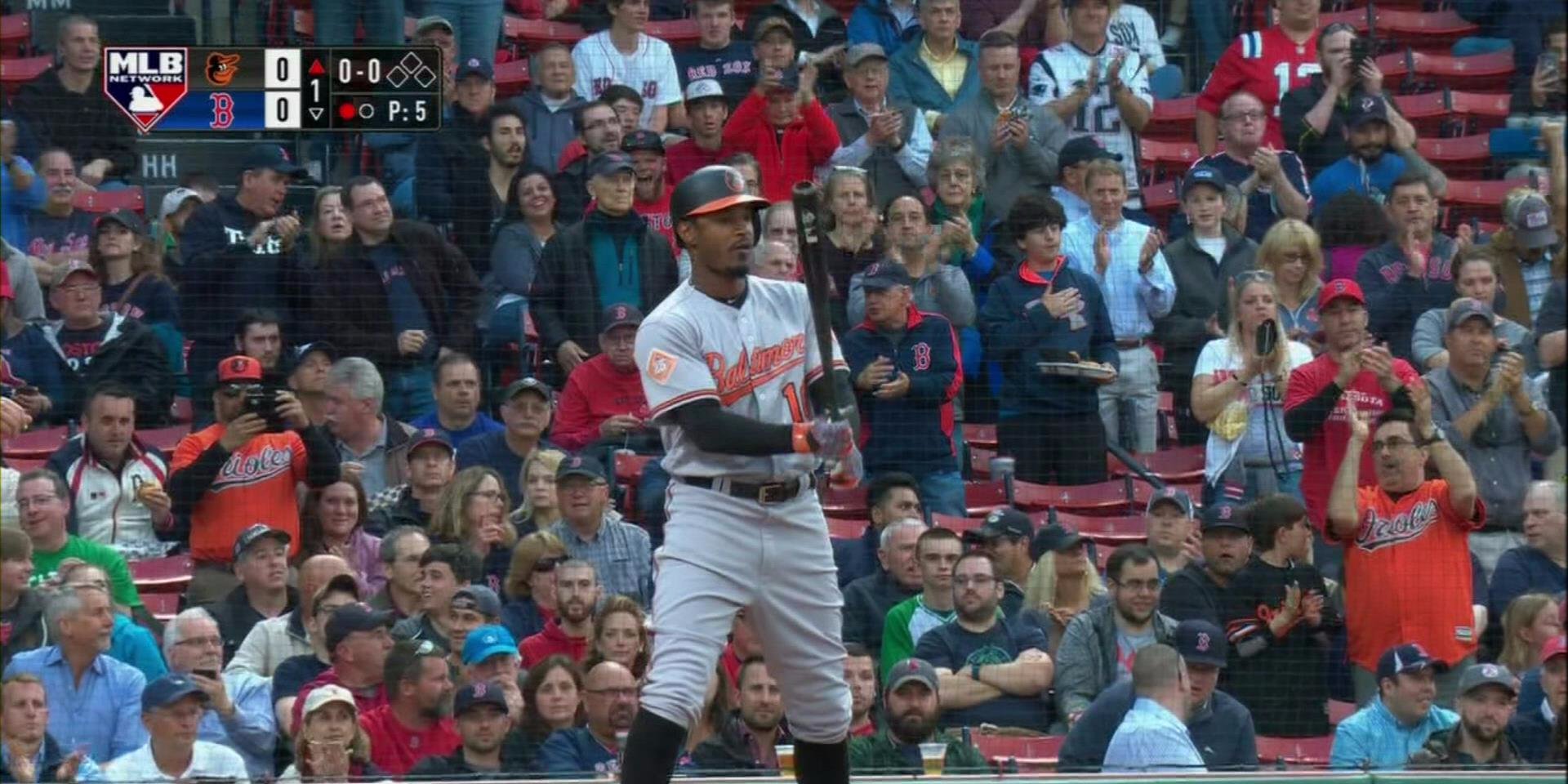 Baltimore Orioles center fielder Adam Jones says he was taunted with racial slurs during a game at Fenway Park on Monday night.

When Jones came to bat for the first time on Tuesday, initially a smattering of boos could be heard from the late-arriving crowd. However, those were quickly drowned out by a standing ovation from what Bob Costas described as a “sizeable percentage of the Fenway fans.”

Starting pitcher Chris Sale even took a moment and stepped off the mound to allow the applause to continue.

Here is the moment.