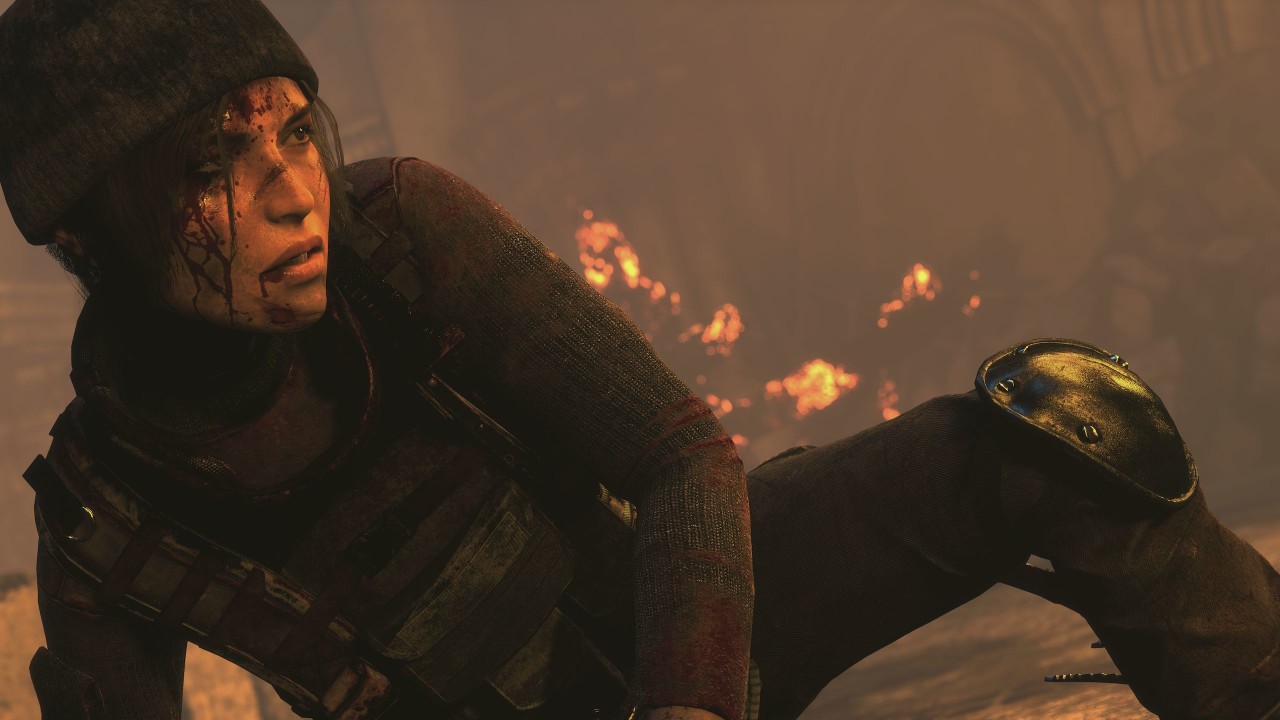 I loved Rise of the Tomb Raider when it came out. Despite it not totally turning the franchise on its head like 2013’s Tomb Raider did, it’s still filled with fun combat and exploration in an environment that’s enjoyable to be in. I plowed through it fast and hard, still managing to pick up most of the collectibles and exploring everywhere.

The release of the PC version a couple weeks ago put the game back in my mind, and when I ended up stuck in my apartment with a fever (the cure for which, unfortunately, did not require additional cowbell), Rise of the Tomb Raider is what ended up keeping me occupied the longest.

Having already beaten the game on normal difficulty, I’d decided to go back through the game on Survivor difficulty to see how I fared. I’m faring pretty well, honestly, but something’s… different.

Going through the game has been much faster this time, and in the twelve or so hours I played, I experienced more glitches than I did in the thirty-plus hours I spent with the game for review. The better I got at combat, the more it seemed to happen. Enemies would disappear mid-flight after an explosion. Giant bears would poof into nothingness just as I went in for the melee kill.

I finally remembered to record one fairly late into the game, above, where I went in for a kill, and while the game didn’t freeze, Lara did. You can see her breathing but not moving, like some sort of grotesque living mannequin.

Rise of the Tomb Raider‘s checkpoint system is pretty generous, so I didn’t lose too much playtime, thankfully.

But now I have to wonder. Whenever I want to play through a game a second time, I always try cranking up the difficulty like this. I’ve found that the higher difficulty levels are where a game’s cracks start to show. Are these glitches somehow related to the difficulty level? Were they introduced in a patch? Or was I just lucky in my first playthrough, in which I encountered so few glitches that I can’t remember whether there even were any?

Whatever the reason was, please enjoy my confusion as I encounter the glitch in the video above.