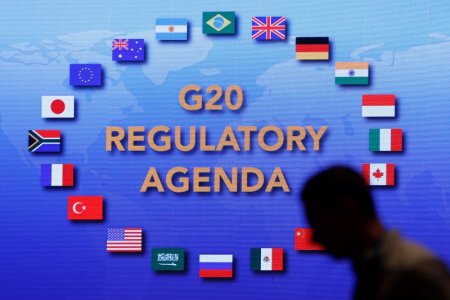 SHANGHAI (Reuters) – The world’s financial leaders will meet in Shanghai starting on Friday to discuss ways to calm global markets and spur economic growth, and are likely to declare their readiness to take action if conditions worsen.

Chinese policymakers sought on Thursday to reassure trading partners that they can manage their economy and financial markets smoothly while driving structural reforms, following recent concern voiced by foreign officials and economists about Beijing’s recent record.

Finance Minister Lou Jiwei and People’s Bank of China Governor Zhou Xiaochuan will likely hammer home the message that Beijing has everything under control when they speak on Friday morning.

Global economic malaise and wobbly markets overshadow the meeting of the finance minister and central bank governors of the Group of 20 (G20) major economies on Friday and Saturday.

A more than 6 percent drop in China stocks on Thursday, their biggest one-day loss in a month, highlighted the volatility that has roiled the country’s financial markets and caused ripples around the world over the past nine months.

Chinese officials on Thursday reiterated commitments to keep the yuan fundamentally stable, following an admonition from U.S. Treasury Secretary Jack Lew in an interview with the Wall Street Journal to refrain from another sharp devaluation to the exchange rate like one engineered in August.

Lew also called on China to communicate its policy intentions “clearly publicly or it will be interpreted for you”.

Many economists and officials are skeptical that much can come from the G20.

A report published by the International Monetary Fund (IMF) on Wednesday called for a coordinated stimulus program to support a slowing global economy.

“Calls for co-ordinated policy easing ahead of this weekend’s G20 meeting will almost certainly come to nothing,” wrote Andrew Kenningham, senior global economist at Capital Economics in London.

“There is general agreement that should the situation worsen considerably, there needs to be a discussion on what should we do collectively or in a coordinated manner, but this is not what we would do today,” the official said.

G20 financial leaders are likely to push for better implementation of the already agreed reforms and an assessment of where implementation is lacking and why.