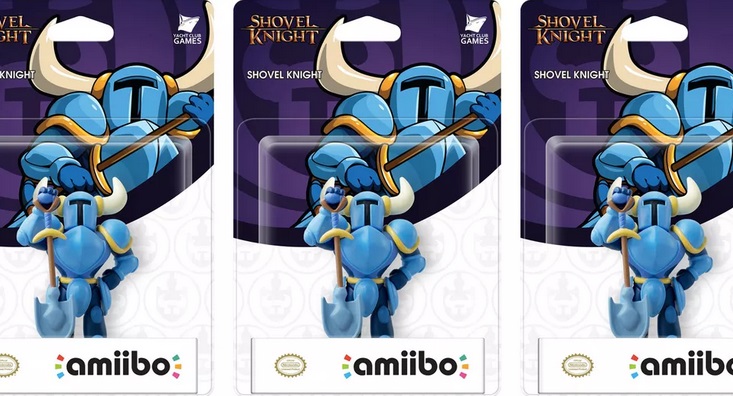 If you picked up the Shovel Knight amiibo, you might’ve noticed that it’s packaged a bit differently from other amiibo, and can be scanned without removing it from its packaging. Amiibo quickly became collectors items thanks to exclusive store deals and extremely limited numbers, and collectors have been looking for ways to use the figures in games without having to take them out of their packaging where they’re surely worth quite a bit more.

Yacht Club Games, the team behind Shovel Knight, did this on purpose.

“We got a lot of feedback from fans before release who wanted to be able to scan the amiibo inside the packaging so they could still use the figure [in-game] while keeping it as a collector’s item.”

The team realizes that, if you bring your Nintendo 3DS to the store with you, you can just scan the amiibo in store and get the DLC without buying the figure, but D’Angelo said the team “didn’t think that was actually something people would do due to the nature of the content we’re making.”

It’s worth noting that Nintendo had to agree to this for them to do it. Yacht Club says they have no plans to change the way the figure is packaged.