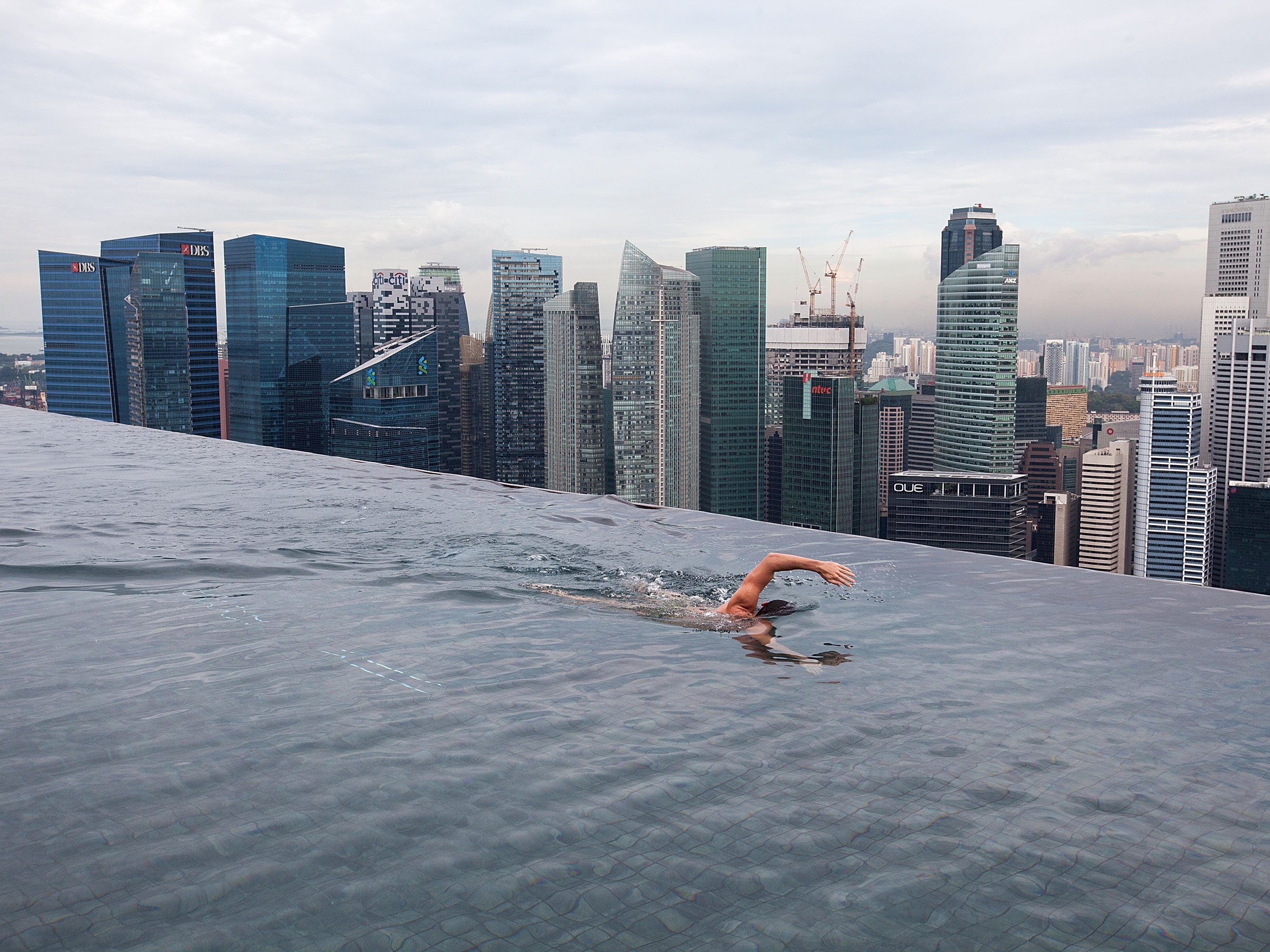 Nicky Loh/GettyAustralian swimmer Christian Sprenger conducts a swim clinic for youths during the Singapore Swim Stars Media Announcement at Marina Bay Sands on May 20, 2014 in Singapore. The event will be held around 5 September 2014

1MDB, the debt-laden Malaysian fund has been the subject of investigations in multiple countries since June 2015, when the Malaysian central bank began its official inquiry.

The Monetary Authority of Singapore and Commercial Affairs Department said: “In connection with these investigations, we have sought and are continuing to seek information from several financial institutions, are interviewing various individuals, and have seized a large number of bank accounts,” according to a Bloomberg report.

The fund’s advisory board is led by Najib Razak, the prime minister of Malaysia. Razak was cleared last month of wrong-doing by Malaysia’s attorney general over a $681 million (£473 million) “personal contribution” from the Saudi royal family and money from a company linked to 1MDB that appeared in his personal bank accounts.

Swiss prosecutors said last month they were investigating signs that about $4 billion may have been taken from the 1MDB fund.

The Malaysian prime minister is “not one of the public officials under accusation” in that investigation, Andre Marty, a spokesman for the Swiss attorney general’s office, said according to the Bloomberg report.

Both Najib and 1MDB have consistently maintained that they have not committed any wrongdoing.

Singapore is co-operating with the Swiss investigation.

“We have responded to all foreign requests for information and have requested for information from relevant counterparts to aid in our investigations,” the authorities said according to Bloomberg. “Singapore does not tolerate the use of its financial system as a refuge or conduit for illicit funds.”

Last month, it was revealed that Goldman Sach’s Southeast Asia chairman Tim Leissner is moving back to the US.

Leissner became president of Goldman Sachs’s Singapore operation in 2006, and in 2014, he took over as chairman of Goldman’s whole Southeast Asian business.