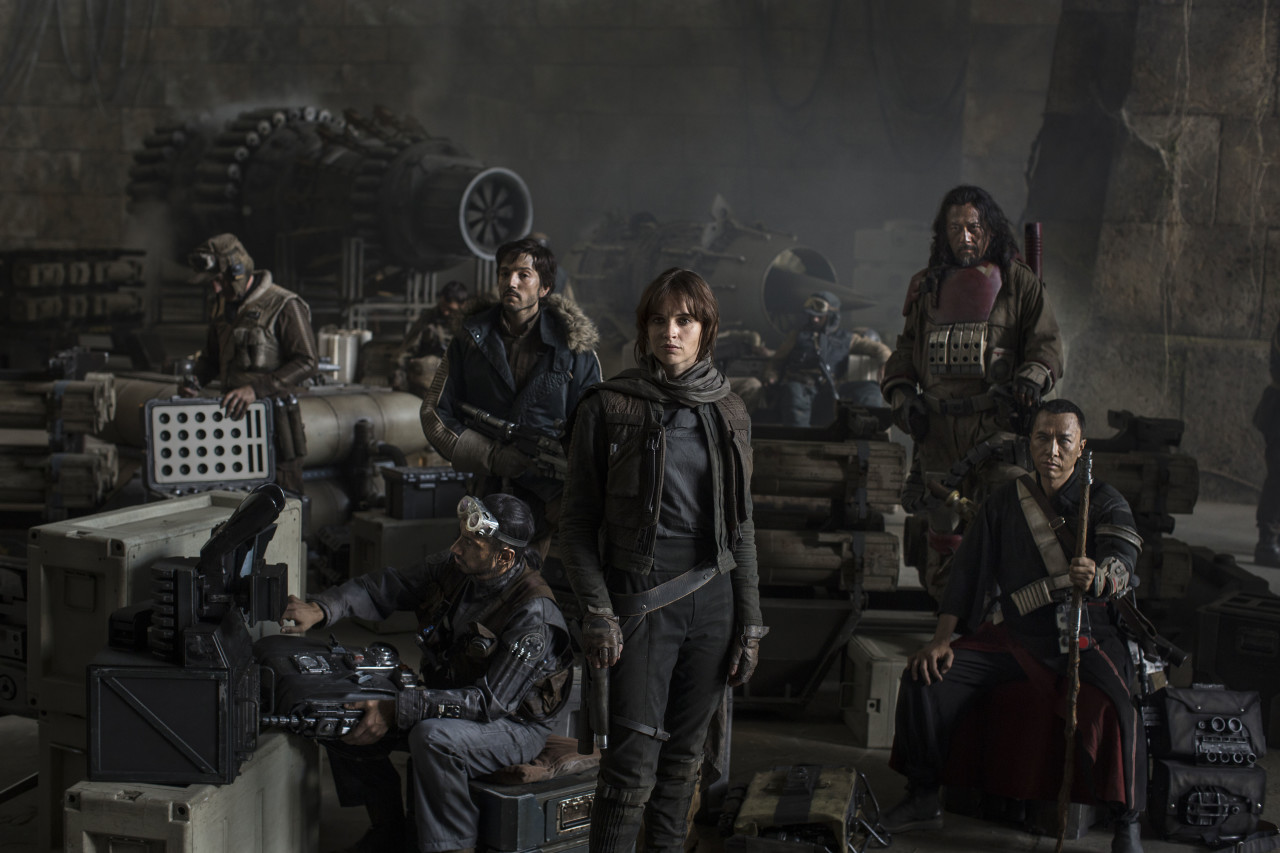 Since Rogue One’s announcement last year, Disney has been unusually quiet about the upcoming spinoff. But, during a recent shareholders meeting, Disney CEO Bog Iger apparently showed off a brief sizzle reel, which a fan in attendance attempted to recap, via /Film. Additionally, Iger confirmed the movie takes place right before A New Hope, as was mentioned before.

Here’s the fan’s recap of the footage that was shown off:

Most of it was very quick. A shot of the black stormtrooper, possible (sic) called Death Troopers as previously reported, another pic of that same style of helmet and armor but all chrome, reminiscent of Captain Phasma from The Force Awakens, an image showed two AT-ATs that had a slightly different look with the door panel on the side of the body painted a lighter beige color. And a couple cast photos were shown, one of Felicity & Diego Luna and another of Donnie Yen. The clip featured Felicity’s character on what looked like the inside of a ship or shuttle with her arm up holding on and the hatch/ramp open behind her. I wish I could remember what she said as part of the sizzle but it went by too fast. The new stormtroopers looked great.

Apparently Disney doesn’t have much footage that’s ready to show off, which is why the sizzle reel also contained photos. There have been reports Disney could show off the first trailer ahead of Captain America: Civil War’s release in May, so we’re still in for a bit of a wait.

In the meantime, all we have officially is the single cast photo above, which Disney revealed last year.