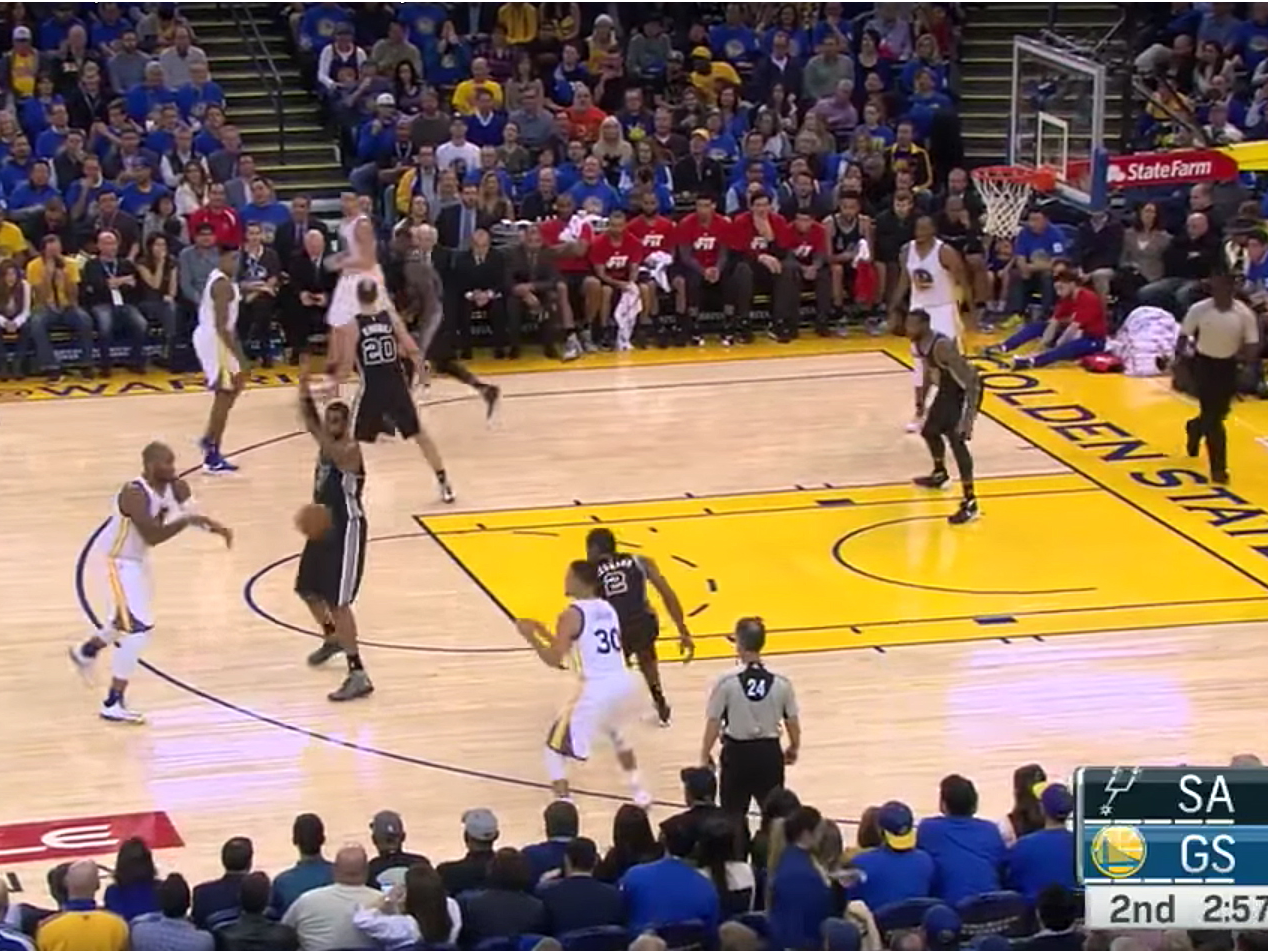 The Spurs, who also sport the NBA’s best defense, had no answer for Stephen Curry as he exploded for 37 points — and he didn’t even play the fourth quarter because the Warriors’ lead was so big.

Curry was so hot, the Spurs put Kawhi Leonard on him to try and slow him down.

While Curry continued to torch the Spurs, even with Leonard on him, one play in particular showed how impossible the task of slowing down Curry is, and how much effort it requires to track him.

In the second quarter, with Leonard guarding Steph, the Warriors were trying to get Curry the ball on the right elbow. As Curry fought to get free while Leonard denied him the ball, Curry faked a back-door cut, completely spinning Leonard around. He then got the ball, pump-faked Leonard off his feet, and hit a step-back three.

Leonard, the reigning Defensive Player of the Year, who famously shut down LeBron James in the 2014 NBA Finals, may be the NBA’s best defender.

Any defender is going to react to a back-door cut like Leonard did, but it’s the entire play that shows how laborious it is to defend Curry.

Leonard has to shadow Curry, then try to deny him the ball on the wing. He’s so glued to Curry because giving Curry even an inch of space could result in a three-pointer. The Warriors often try to beat this defensive pressure by cutting back-door, so when Curry fakes the cut, Leonard is on such high alert, that he jumps to deny him the ball, only to get spun around. When Curry gets the ball, Leonard bites on the pump fake, leaving Curry open.

Curry and other ball-handlers can make defenders look silly when they have the ball, but it’s rare to see a player shake a defender without the ball simply because the threat of that player getting the ball is so dangerous.