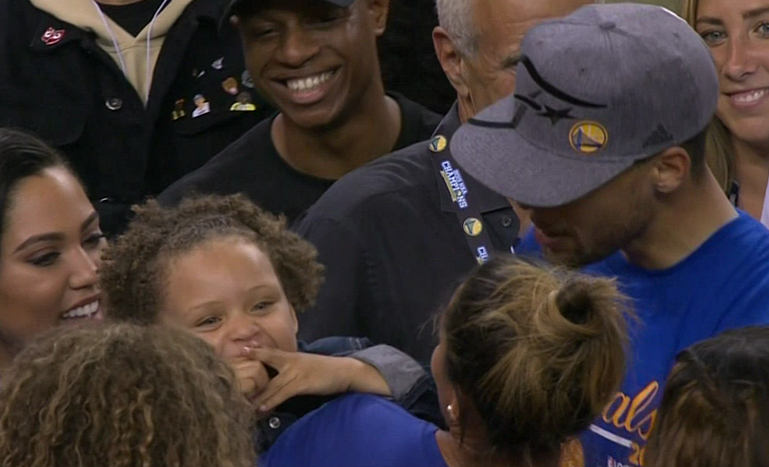 The Golden State Warriors completed an improbable comeback and won Game 7 over the Oklahoma City Thunder to advance to the finals against Cleveland Cavaliers. But once again it was Riley Curry who stole the post-game show.

After becoming a star in the post-game press conferences a year ago, Riley road into the celebration Monday on the shoulders of her grandfather, former NBA player Dell Curry.

That was followed by this adorable kiss from dad during the post-game celebration.

But this was Riley. She wasn’t even close to being done. There was also this post-game thunderstick battle.