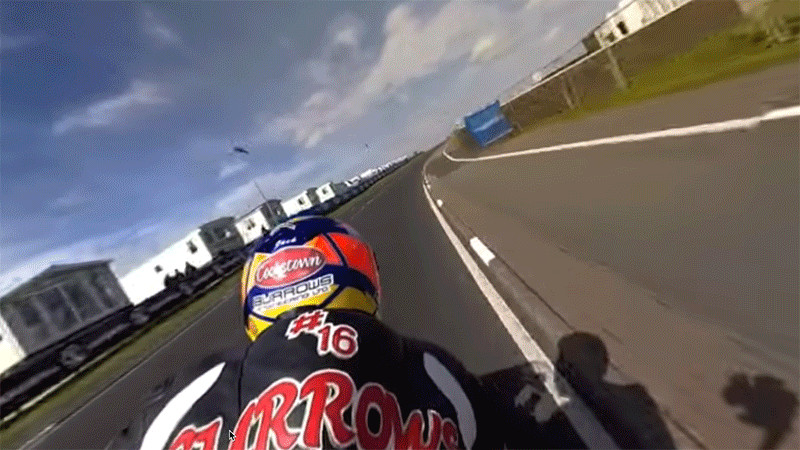 The North West 200 is the largest sports event in Ireland, and every May since 1929 motorcyclists gather to race down public streets between the towns of Portstewart, Coleraine and Portrush at speeds in excess of 200mph.

So how fast does 200mph feel? Just watch the video below. It was filmed in 360 degrees, meaning you can experience deep anxiety in terror from every direction!