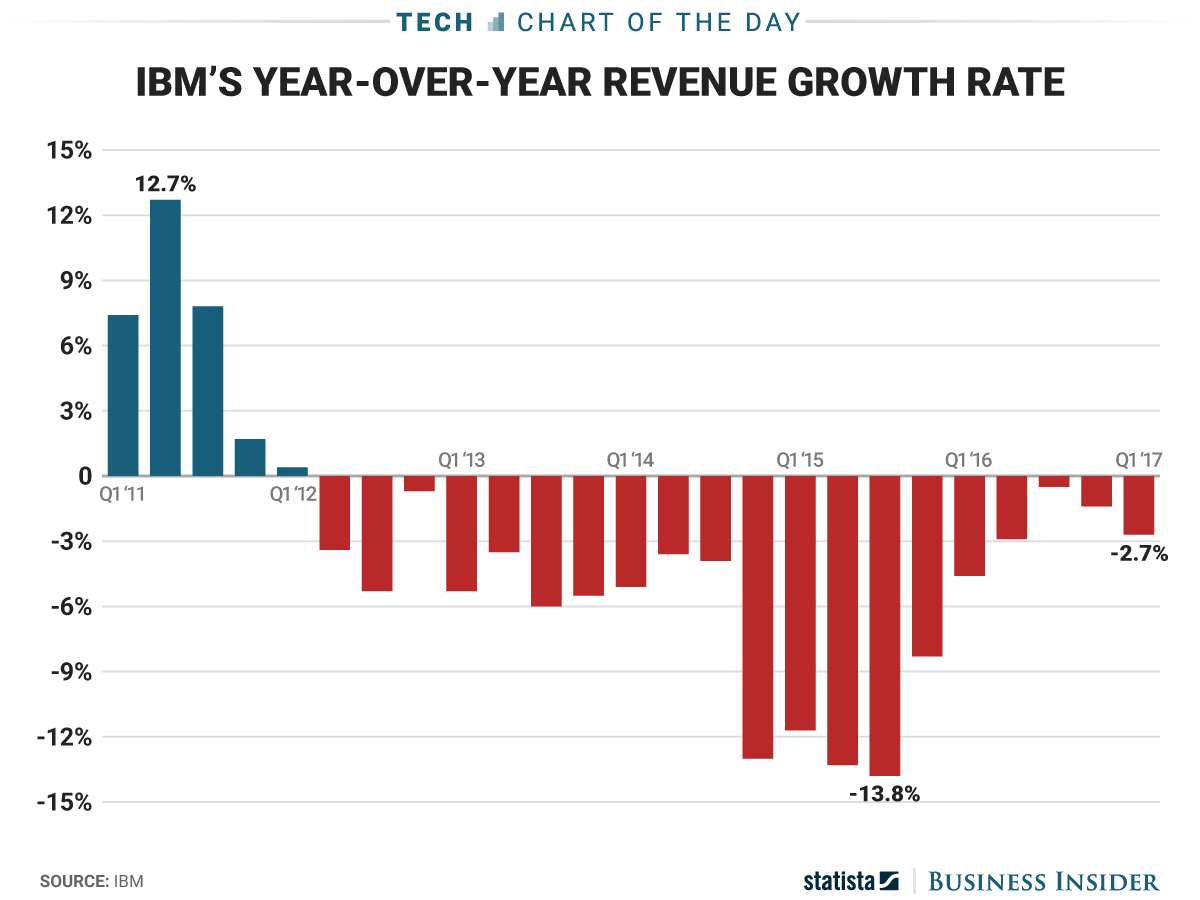 IBM has been a heavyweight in the tech world for more than a century, but the computing hardware and software businesses that made it a giant are now dragging it down.

That continued this most recent quarter, as the company reported weaker-than-expected revenue and saw its shares fall roughly 5% as a result. As this chart from Statista shows, the company has been dealing with this for a good while now: IBM has now posted 20 consecutive quarters of declining revenue.

It’s not all bad, though. The company has been forced to spend billions pivoting into more promising segments like cloud computing, AI, and security software, as the internet helped make its old businesses less relevant. Many of those businesses are doing better — and, to put things in perspective, the company did still generate $18.16 billion in revenue this past quarter — but not enough to stop those red bars from piling up. SEE ALSO:Netflix’s big international conquest is starting to pay off

NOW WATCH: I wear these computer glasses every day even though I have perfect vision — here’s why