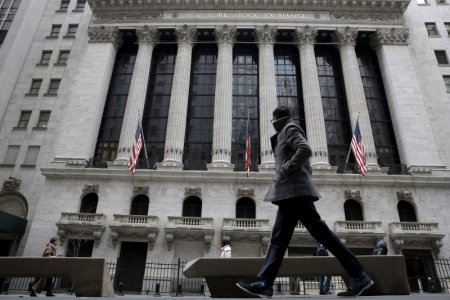 SAN FRANCISCO (Reuters) – This winter was supposed to be Nutanix’s time to shine.

The high-tech computing and storage company filed for a hotly anticipated initial public offering in December, ready to woo investors early in the New Year.

Eric Jensen, an IPO attorney for Cooley LLP, said his firm has “a pretty significant pipeline of deals,” with about 32 companies that have filed with regulators for IPOs, either confidentially or publicly. But he said plans by the five or so technology firms with a $1 billion-plus valuation in that queue, “are all stalled out.”

For a graphic showing the number and value of U.S. technology IPOs, see http://fingfx.thomsonreuters.com/gfx/rngs/1/793/1117/IPO-FREEZE.jpg

The cratering in technology stocks has also helped to push down the valuations of private tech companies and interest in investing in them, say capital markets experts. Fewer options for capital raising means that high-flying companies may need to rein in spending, delay some ambitious expansion plans and even lay off staff, according to investors and tech consultants.

IPO experts also say they expect more startups will get acquired cheaply, and go the way of Good Technology, a mobile security company once valued at $1 billion and last year sold to Blackberry for $425 million. It had planned an IPO but that never got off the ground.

“A lot of these companies are going to have to rein in their costs in order to survive,” said Matt Brady, co-founder and chief operating officer of investment firm Militello Capital.

The markets tanked just as Apttus, which makes sales software for businesses, was putting the finishing touches on its IPO filing. CEO Kirk Krappe told Reuters he is still anticipating a debut in the second or third quarter.

But he is running the company a little leaner, slowing down on hiring, and making sure there are ample cash reserves so he can be flexible with his IPO timing.

In the seven years since it was launched, Nutanix has attracted more than $300 million from investors including Khosla Ventures and Fidelity Investments. It had $241 million in revenue for the fiscal year ending July 31, 2015, selling servers and storage systems to customers such as Nasdaq, Inc., Nintendo Co., Ltd., and Nordstrom Inc .

Last year, it set out on a well-trodden path for high-growth tech startups, filing paperwork for an IPO that was expected to value the company at around $2.5 billion, and with its eye on a January debut, according to two people familiar with the matter.

And yet, come mid-February, that hasn’t happened. Nutanix hasn’t offered a price range for the sale, which usually precedes a week or two of investor presentations known as the roadshow, making the earliest possibility for a public debut weeks away.

It is unclear what the delays will mean for Nutanix’s growth plans. The company declined to comment for this article.

Nutanix has been seeking to expand its customer base quickly, particularly among the large global companies, to hire aggressively and expand in developing nations such as India, according to regulatory filings and previous statements from the company.

Employees will also have to wait longer to cash in their stock options, a hefty part of many tech employees’ compensation. From August 2012 through November 2015, Nutanix granted more than 35 million shares of common stock at a price ranging from $1.22 to $15.06 to officers, directors and employees at the company, according to its IPO filing. It also granted more than six million restricted stock units.

Nor has an IPO happened for any technology company so far this year. None have even priced. Indeed, January marked the first month since September 2011 without an IPO of any kind, according to Renaissance Capital, manager of IPO-focused funds.

Some had certainly been hoping to come to market. Cloud communications company Twilio filed for an IPO confidentially last year, while both security company Okta and cloud software startup Coupa have been in talks with bankers for an IPO, according to two people familiar with the matter.

“Those that wanted to go out in January, now they’re stuck,” Jensen said. Coupa declined to comment. Twilio and Okta did not respond to requests for comment.

In 2014, there were two tech IPOs in January and February, according to market intelligence firm Ipreo. Last year, a slow year for deals, there was still one deal in January. Even after this year got off to a rocky start, with low oil prices sending the stock market lower, many tech companies and bankers had bet on the IPO window opening in the second quarter. Now, those involved in bringing deals to market are worried that might not happen.

“It’s quite possible that we will have volatility for the remainder of the year,” said Nate Gallon, a partner who leads IPO deals for law firm Hogan Lovells. “People are bracing themselves.” Companies face risks if they wait longer than six months between filing for an IPO and listing. Investors can lose interest, management teams can lose momentum and the offering can become anticlimactic, said Karim Anani, IPO west region leader for consulting firm EY.

To be sure, the U.S. stock market could stabilize and recover – it rallied on Friday – and a rebound in technology stock prices would increase the appeal of an IPO for companies like Nutanix. But experts say the number of public tech companies scaling back their revenue growth forecasts, bloated valuations in the private market and concern that the global economy is still on very shaky ground have created roadblocks.

IPO advisers say a company should not go public when the volatility index, or VIX, which measures the market’s expectation of price volatility, is above 20. The index has closed above 20 every day but two so far this year. Last year, it only closed above that level 42 times.

Securities analysts are concerned that market conditions will also be roiled later in the year by concerns over who will win the U.S. presidential election and what their budget and tax policies will be, especially if Donald Trump is the Republican candidate or Bernie Sanders gets the Democrats’ nomination.

Further eroding investor confidence is the weak performance of tech IPOs from the last couple of years. Of the 87 tech IPOs that debuted over 2014-2015, about 80 percent are underwater from their IPO price. Payments technology company First Data Corp , the biggest IPO of 2015, fell as much as 21 percent on Wednesday after missing earnings estimates. It closed Friday at $9.44, a 41 percent drop from its IPO price. Big data company Hortonworks
this month tried to sell shares at $16.57 in a follow-on offer and ended up getting only enough demand to price at $9.50, according to Ipreo. Its shares ended Friday at $8.43, against a $16 IPO price.