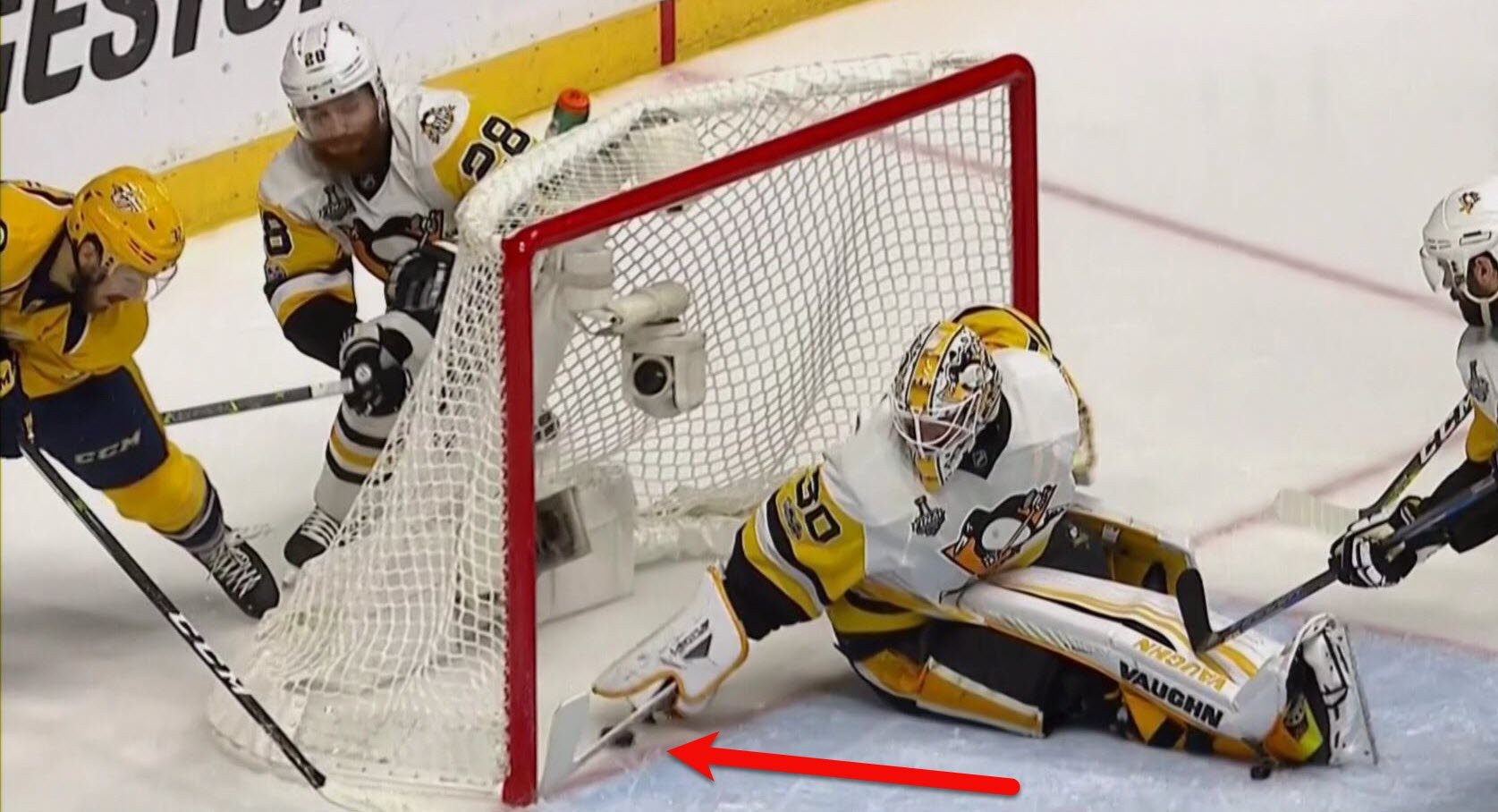 Frederick Gaudreau scores under the stick of Matt Murray in Game 4.NBC

Good morning! The Predators beat the Penguins 4-1 to even the Stanley Cup Final at two games apiece. Here are the plays everybody will be talking about Tuesday:

The Frederick Gaudreau delayed goal. After the Predators and Penguins traded goals late in the first period, Gaudreau, whose three career NHL goals have all come in the Stanley Cup Final, poked one under the stick of Matt Murray from behind the net. However, it was initially waved off. It wasn’t until 35 seconds later that the horn sounded and the officials decided to review the play. It turns out the puck had completely crossed the line, giving the Preds a 2-1 lead.

The Pekka Rinne scrambling saves. After Sidney Crosby scored on a breakaway in the first period, it looked like he might get another one in the second period. But this time Rinne stonewalled Crosby, and scrambled to stop several follow-up attempts, including one in which the puck was just sitting in front of an empty net.

The James Neal diving assist. The Predators put some space between themselves and the Penguins late in the second period with Viktor Arvidsson’s breakaway goal. But it was the assists from Mike Fisher and Neal that created the chance. Fisher was able to force the puck up the ice while pinned against the boards. But it was the diving flick by Neal that really allowed the goal to happen.

The empty-net bonus. With the Preds up 3-1 with 3.5 minutes to go, the Penguins pulled Murray from the net. On the ensuing face-off, Filip Forsberg scored from the opposite goal line, nearly 200 feet away, making it 4-1 and game over.