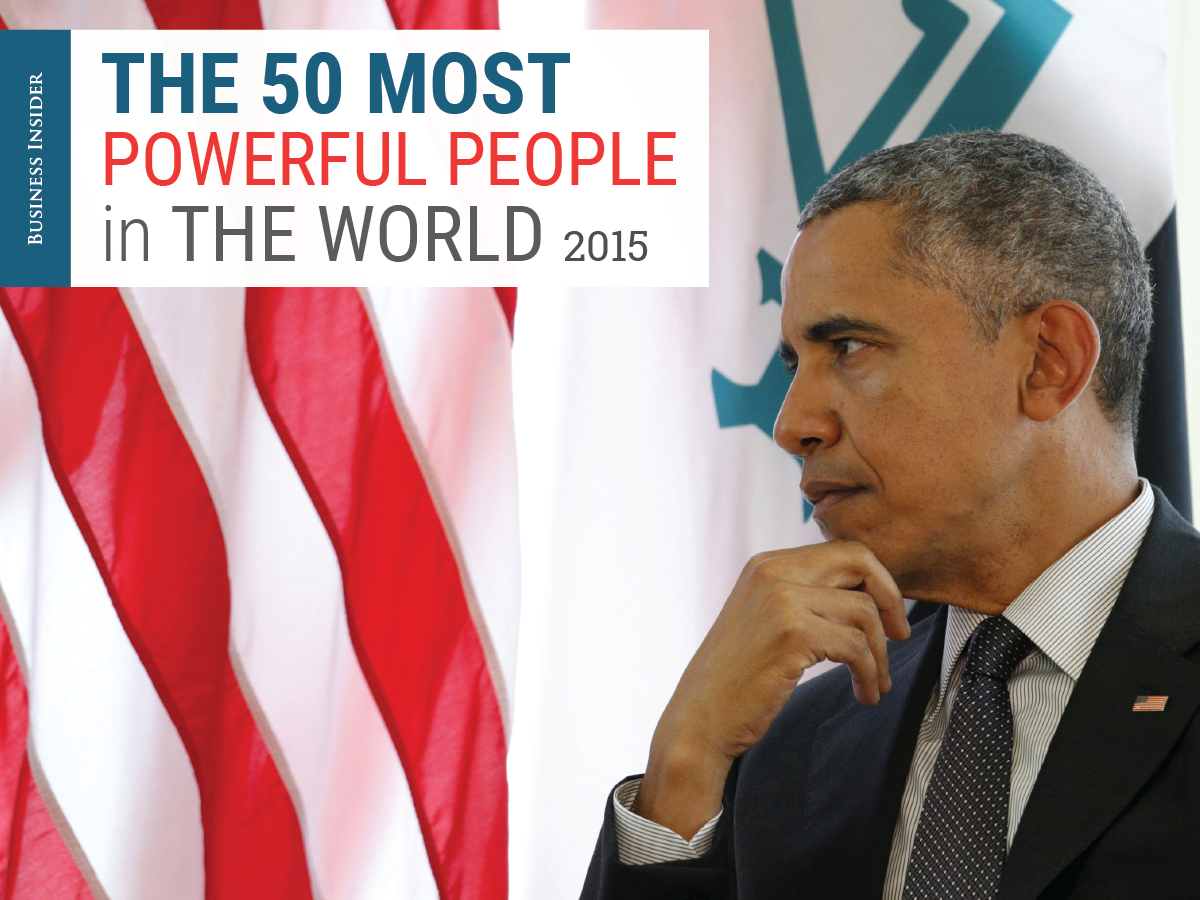 It isn’t just wealth. And it isn’t just control over people or resources. No, true power is a potent combination of money and influence that enables people to help shape the world. But only a select group of people really possess the economic and political clout to effect global change. For better or worse, their decisions affect millions, shake industries, and change nations.

Business Insider has compiled the following list of the world’s most powerful people — heads of state, billionaires, CEOs, and entertainers. To determine the ranking, we considered more than 100 of the most influential players in business, politics, and entertainment, and we evaluated their influence by using metrics in four major areas: economic power, command, newsworthiness, and impact — a subjective measure that captures how important they are in their respective spheres.

Because the majority of these people span several industries, we took the logarithm of each and mapped those logarithms to a standardized scale, which allowed us to combine the metrics. (See our full methodology here.)

US President Barack Obama, leader of the world’s chief superpower, takes top honors, followed by Chinese President Xi Jinping, ruler of the a country making a serious challenge to US supremacy. Read on to see the full list of the world’s 50 most powerful people right now:

Editing by Alex Morrell with additional research by Andy Kiersz.