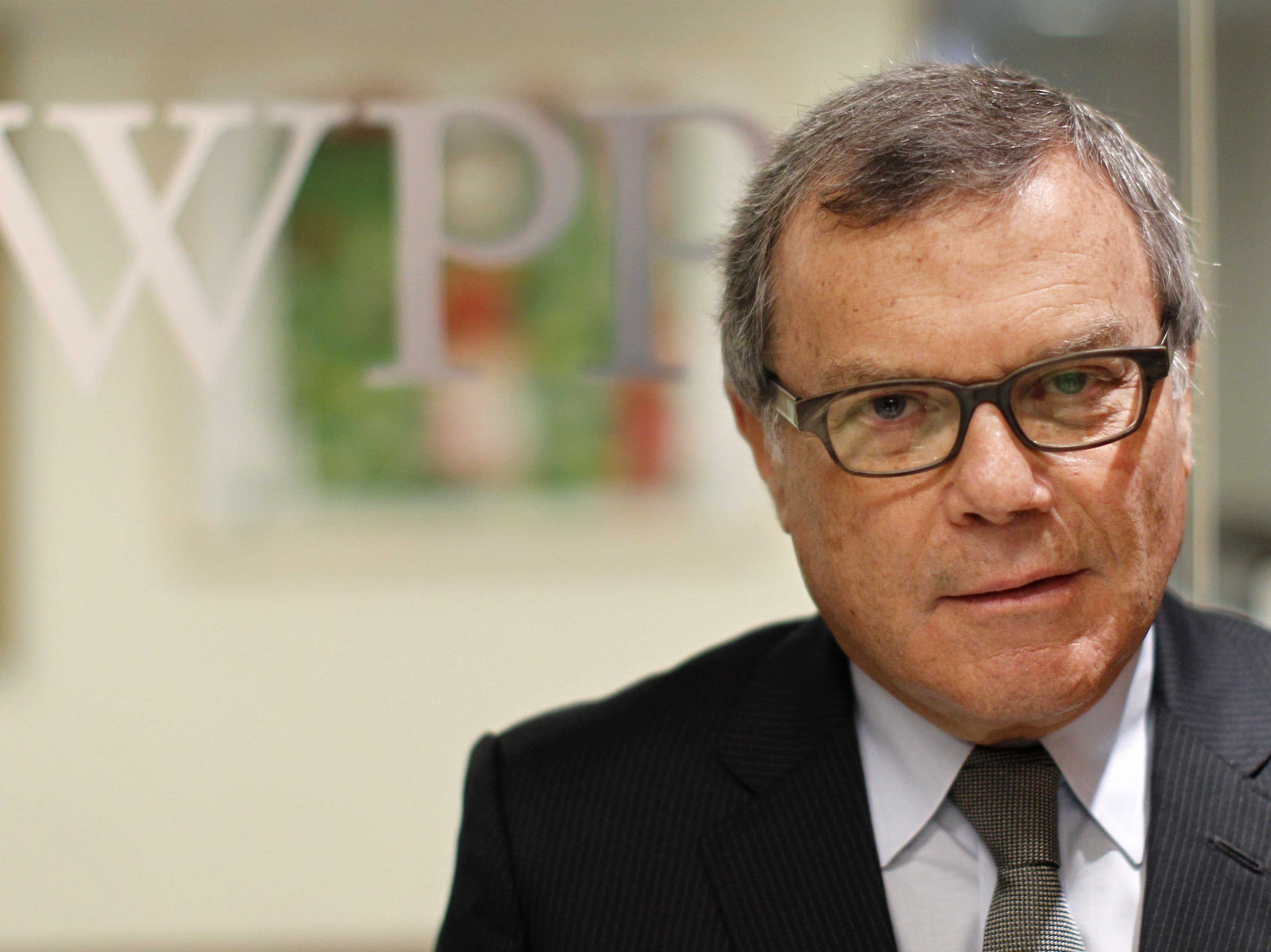 Publicis boss Maurice Lévy responds to the rumors that P&G is slashing its fees: ‘This is pure b——-‘

Maurice Lévy on the Brexit: The Brits are ‘keen on bargaining’ and ‘they will get a pound or two of flesh’

Speaking to Business Insider at the World Economic Forum’s Annual Meeting in Davos, Sorrell said the restructure had some “fundamental flaws.”

In December, Publicis Groupe restructured into four “solutions hubs” — Publicis Communications (comprising its creative businesses, including agencies such as Saatchi & Saatchi and Leo Burnett,) Publicis Media (comprising media agencies such as Zenith Optimedia and Starcom Mediavest,) Publicis Sapient (which will include businesses including Sapient Consulting, DigitasLBi, and Sapient Nitro,) and Publicis Healthcare. The company has promoted four of its agency heads to lead the four new hubs.

There are also some other big changes including promoting Starcom Mediavest chief Laura Desmond to become the group’s chief revenue officer — who will look after a group of chief client officers, led for each individual client, as well as heading up a US committee to represent all the solutions the agency holding group offers in the territory (other geographical committees will follow.) Meanwhile, the company has also created a new Publicis ONE division, responsible for the countries which “don’t get the attention they rightfully deserve,” owing to the fact that the company generates more than 90% of its revenue from 20 countries.

Sorrell has no complimentary words to say about the restructure — he told us it’s a “pale imitation” of what others are doing, particularly WPP.

First up, he thinks the idea of a service company having a “chief revenue officer” role won’t sit comfortably with clients.

Sorrell also questions the idea of elevating its agency heads above others within the France-based group.

“If I elevated one of our creative heads above the other three, and that creative head was still responsible for one of the creative agencies, I would have a French Revolution,” Sorrell said. “I think Publicis is having a French Revolution. But you can’t do that. Arthur Sadoun [CEO of Publicis Worldwide and now head of Publicis Communications] — what are the people at Saatchis and Leo Burnett going to think?”

“Someone should roll out the tumbrels”

Sorrell then referenced a metaphor for the two-wheeled carts famous for transporting prisoners to the guillotine during the French Revolution: “Someone should roll out the tumbrels. BBH, what do they feel about being run [by Sadoun,] when a piece of business comes in, which Publicis agency does he give it to? The same thing applies to Steve King [former ZenithOptimedia CEO, now chief of Publicis Media]: is he still running Zenith? Is he reporting to Laura Desmond? And the country management think they’re going to have a committee.”

“If you set up a committee, you’re going to get camels,” he added, a reference to the maxim that “a camel is a horse designed by committee.”

Ultimately, Sorrell believes the restructure was executed to divert attention from “other issues.”

When pressed on which issues he was referring to, Sorrell said: “I’ll leave you to speculate what I mean. It’s a nice diversionary tactic, just like POG was.”

“POG” refers to the nickname given to the failed $35 billion merger between Publicis Groupe and the US-based advertising holding company Omnicom.

Business Insider contacted Publicis Groupe for comment on Sorrell’s criticism of the restructure.

Speaking to Business Insider in Davos, ahead of our interview with Sorrell, Lévy said of the restructure: “I feel personally extremely confident we are putting together an organization that no other holding company has. It will benefit clients and us. At the end of the day, we will grow faster as we grow our clients’ businesses faster.”

Sorrell and Lévy have long been very public sparring partners. Sorrell has previously described Lévy as the “Freddy Krueger of advertising,” for example, while Lévy emailed us last year to say Sorrell is “often acting like a toddler arguing who’s got the best Halloween costume.”

In its most recent quarterly earnings, Publicis Groupe cut its full-year forecast after posting organic growth below the company’s expectations set out in the previous quarter. On the company’s earnings call, Lévy — who is set to retire next year — said the “disappointing” results were in part due to a number of clients either canceling or postponing their campaigns in the quarter.

Earlier this month, Publicis Groupe launched a fund that aims to invest in 90 startups, to celebrate its 90th anniversary.

SEE ALSO:Advertising company Publicis Groupe is launching a fund that will invest tens of millions of dollars in 90 startups

NOW WATCH: A law professor tricked his students into lying, which shows why you should never talk to police