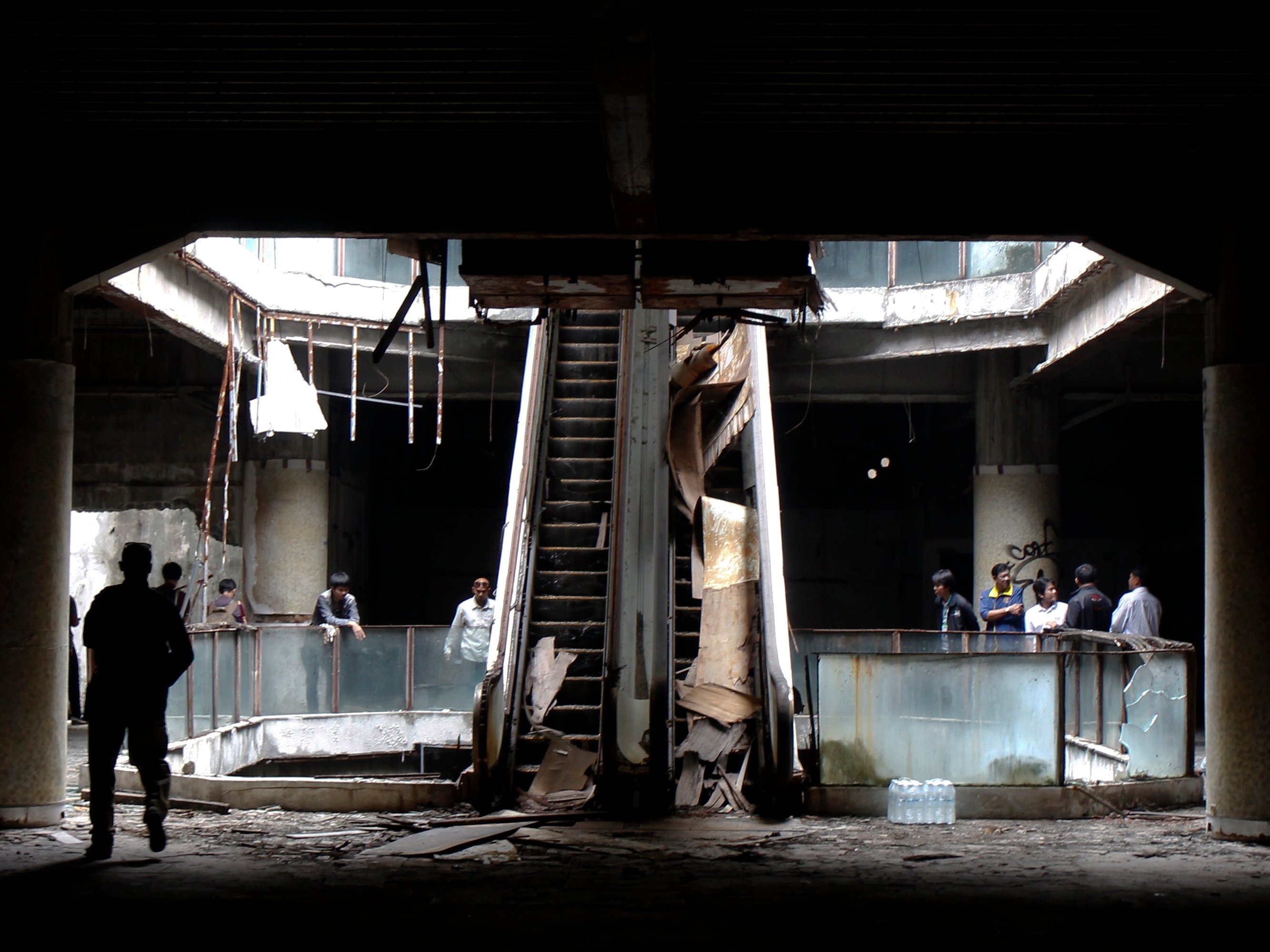 Chaiwat Subprasom/ReutersThe inside of an abandoned department store in China.

In their forecasts for 2016, a lot of analysts and economists have relied on one cheery narrative to counteract the negativity in global markets.

The story goes that despite the oil price crash, China’s troubles, and American manufacturing’s possible recession, the American consumer is strong enough to prop up the economy.

Based on recent data, said Michelle Meyer from Bank of America Merrill Lynch, the story may not be as sunny as once believed.

“Taking into account the cross currents for December, we conclude that the consumer ended 2015 on a somewhat sluggish note,” said Meyer in a note to clients Tuesday. “While we continue to look for a healthy job market to drive spending, we cannot help but be left feeling cautious.”

Meyer, a US economist for BAML, does mention some of the prevailing positive sentiment. Employment numbers and wages are up, which would indicate the ability to spend more, but the higher incomes didn’t translate to spending.

“Accounting for the December weakness, we find that holiday sales based on the BAC data were only up 1.1% yoy in 2015,” wrote Meyer. “This is the slowest pace of holiday sales since 2011, based on the BAC data, suggesting that the consumer was cautious this year despite a supportive economic backdrop.”

Meyer based her assessment on spending data received from Bank of America-branded debit and credit cards, and used the two-month average of November and December to capture all of holiday sales.

This “sluggish” assessment is important because the strength of the US consumer is massive, even on a global scale. By some measures, demand from the American consumer sector is larger than China’s entire economy. So good news for consumers in the US is good news for the world, and vice versa.

This had been the central part of the bull’s thesis on the global economy for a while now. Fundstrat’s Tom Lee said in September that, “one could argue there is more upside surprises to the US consumer than downside to China at the moment.” Additionally, in the face of a disastrous manufacturing sector in the US, Doug Porter from BMO Capital pointed out the relative size of the consumer-based economy and the manufacturing-based one.

“Despite the conflicting noises, just note that GDP is likely to grow 2.6% this year, its best year since 2006. The US consumer remains a powerful force,” he wrote.

Meyer’s report, however, seems to fall into a softening of the narrative. Some data regarding consumer spending and retail sales have been up and down in recent months, and analysts are starting to let doubt creep in about the outlook.

In Meyer’s case, while she still says the economics favor a strong spending environment, she’s not as convinced.

“Although it is hard to find a strong correlation with holiday sales and the next year’s consumer spending behavior, we believe that the sluggish holiday shopping season in 2015 suggests caution about the consumer outlook this year,” she wrote.

The shine seems to be coming off one of the brightest economic stories.

SEE ALSO:4 simple reasons American manufacturing is not in recession