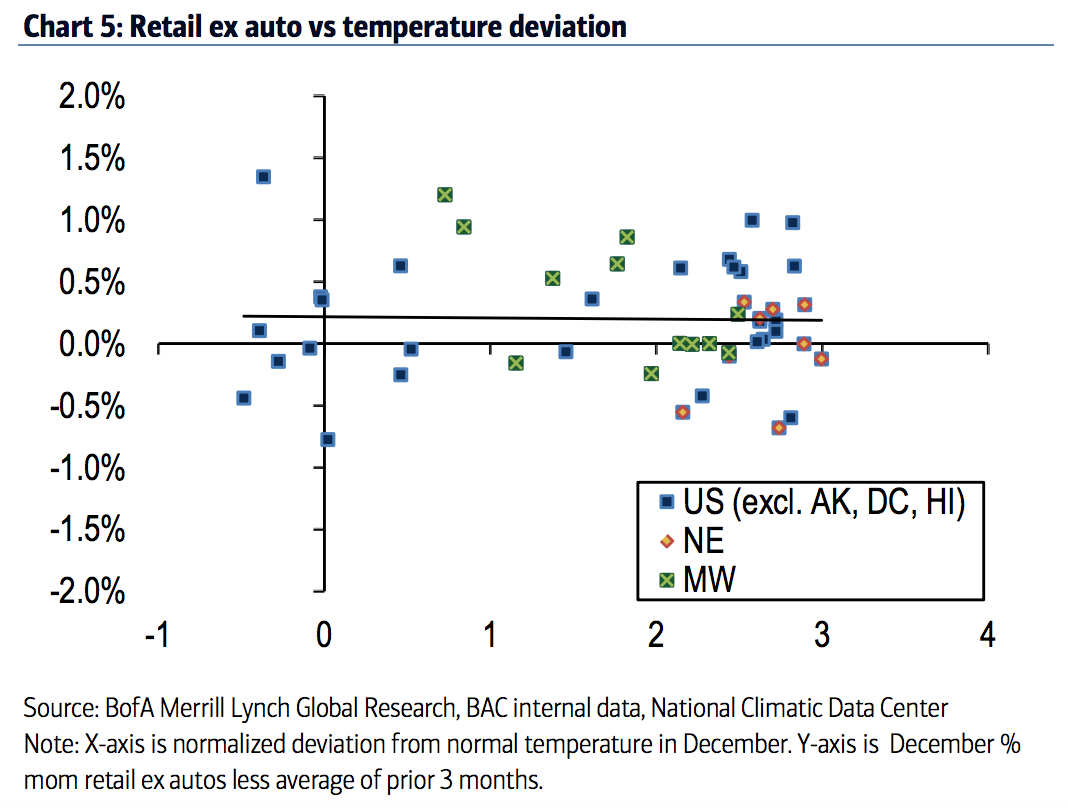 The weather is a tried and true excuse for weakness in sales. The excuse knows no boundaries, as it was used in both the US and the UK last year after bad reports.

This is also a prevalent theme for retailers reporting weak sales. Recently Macy’s, Dick’s Sporting Goods, Uniqlo, NEXT, and Nordstrom have used the excuse after disappointing earnings.

Maybe some specific companies can get away with the excuse.

But when we’re talking about the economy as a whole, this excuse is nonsense.

Meyer plotted the deviation for total retail sales excluding cars for the month of December over the past 25 years against the same measure for temperatures over that same time period and found no correlation.

Meyer wrote in a note to clients that even looking at just the Northeast and Midwest, which theoretically shouldexperience higher impact from weather during December, there was little to no impact.

There was, however, one correlation did appear.

“That said, we find evidence that in the states with abnormally warm weather, restaurant sales accelerated in December relative to the underlying trend,” wrote Meyer. SEE ALSO:4 simple reasons American manufacturing is not in recession