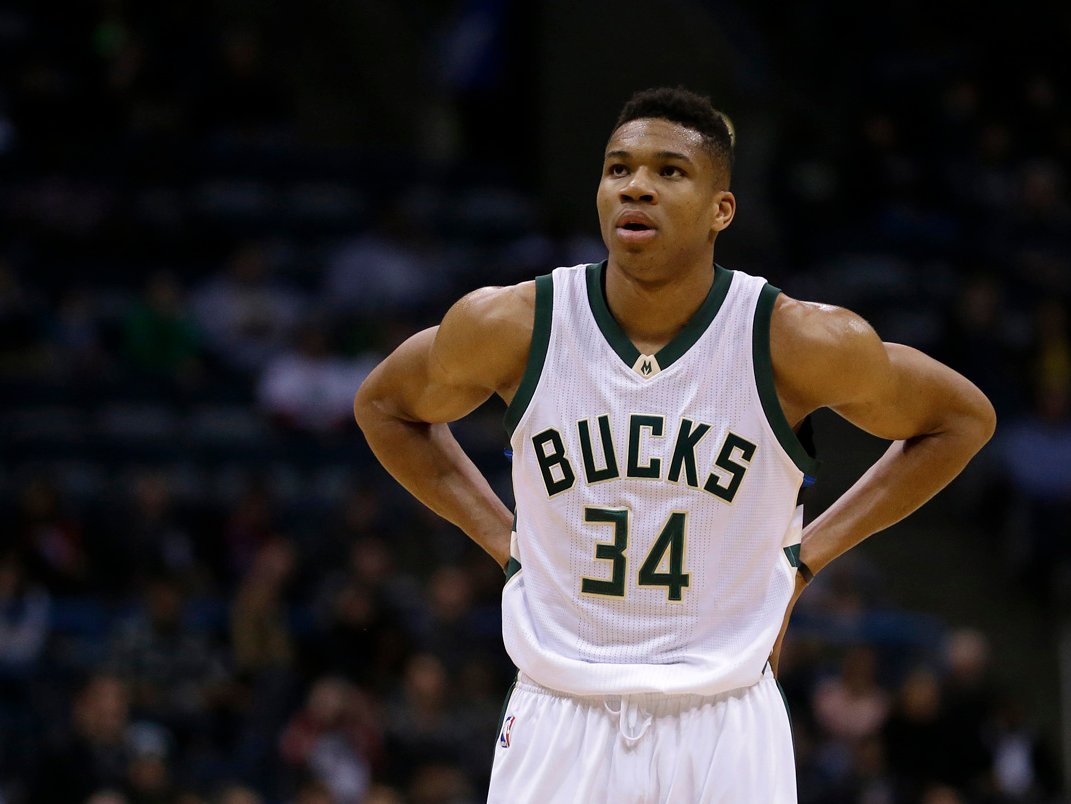 The NBA world has been drooling over Giannis Antetokounmpo’s potential since he entered the NBA in 2013.

The 6-foot-11 “Greek Freak” entered the NBA as a forward. But he has a unique set of skills, coupled with physical gifts, that make his exact position difficult to nail.

Given Antetokounmpo’s ball-handling skills, size, and athleticism, the NBA world became intrigued with the idea of using him as a point guard.

At the beginning of the season, Kidd once again made the NBA world salivate by saying he would play Antetokounmpo at all five positions.

“He’s 20 years old, and he’s going to play every position for us,” Kidd said.

Early in the season, Antetokounmpo was still used somewhat conservatively, mainly playing his natural forward spots with a bit more play-making duties. He was having a decent season, but he hadn’t quite made the strides many people were expecting.

However, since the All-Star break, the Bucks finally unleashed Antetokounmpo as a point guard. And the results have been incredible.

The Bucks have gone 7-7, while Antetokounmpo has been on a tear, putting up mouthwatering numbers that few others are capable of.

In the 14 games since the All-Star break, he’s averaging 20 points on 50% shooting, 10 rebounds, eight assists, and two blocks and steals per game. After failing to register a triple-double in his first two seasons, he’s had five in this stretch, including a monster 28-point, 11-rebound, 14-assist effort in a win over the Nets on Sunday. He’s doing this without much of a jumper, too (he’s made only 21% of his threes this season), which makes it easier to defend him.

The Bucks’ new starting lineup, with Antetokounmpo essentially acting as a guard with Jerryd Bayless, has been extremely effective on offense. Over the last 14 games, they’re scoring 115 points per 100 possessions, a mark that would best the Golden State Warriors’ offensive rating if it were sustained over a whole season. Proving how effective the lineup has been, prior to the All-Star break, the Bucks’ collective offensive rating was just 101.6.

Antetokounmpo can be a natural playmaker because of his ability to get to the basket, which draws in defenses. Also note the size advantage he has over Ricky Rubio:

And he’s getting better at running the pick-and-roll:

As a scorer, having a 6-foot-11 ball-handler gallop down the floor, fake a pass, then launch to the hoop is obviously special:

As the Elias Sports Bureau noted, no other player in Bucks history has tallied as many points, rebounds, and assists over a 12-game span as Antetokounmpo. That includes all-time greats like Oscar Robertson and Kareem Abdul-Jabbar.

“We know what it’s done internally but also growing as a leader on this team,” Kidd said of Antetokounmpo‘s turn as a point guard. “When you have the responsibility of four other guys on the floor, making sure everybody gets involved, you have to use your voice or you use the pass. He’s learning how to do both of those.”

Again, Antetokounmpo is just 21 years old, and this is his first experience running the offense full-time. He’s already putting up mind-boggling numbers and improving the Bucks as a whole — and he’s still learning. As he continues to grow and learn the offense, he could very well turn into the player the NBA world dreamed he could be.

NOW WATCH: This guy rode his snowmobile off a 1,600-foot cliff