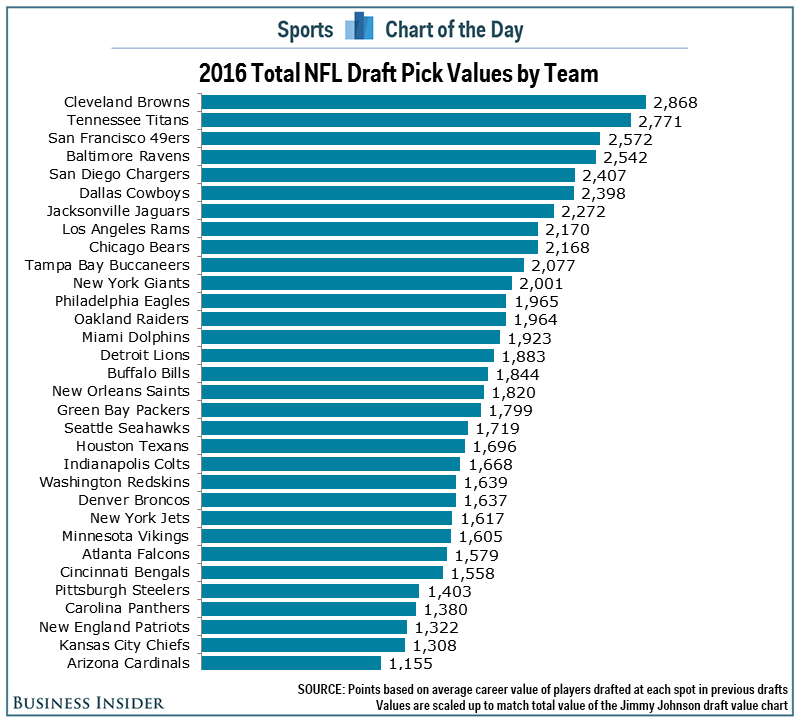 The Tennessee Titans have the most valuable pick in the NFL Draft, No. 1 overall. However, the sum value of all of their picks is not as valuable as the picks currently owned by the Cleveland Browns.

Similar to the popular draft value chart created by Jimmy Johnson, we can assign a value to every draft pick based on the average career of players drafted in those spots in previous years using data compiled by FootballPerspective.com. If we sum up the value of each team’s draft picks, we see that the Browns have the most valuable collection of picks, with Cleveland picking three times in the first 65 selections (Nos. 2, 32, 65). They also had the most valuable collection of picks in 2015.

At the other end, the Arizona Cardinals have the least valuable draft, with just one pick among the top 91 selections. The New England Patriots, the only team without a first-round pick thanks to Deflategate, are not far behind. NOW WATCH: This video will change the way you watch the WWE