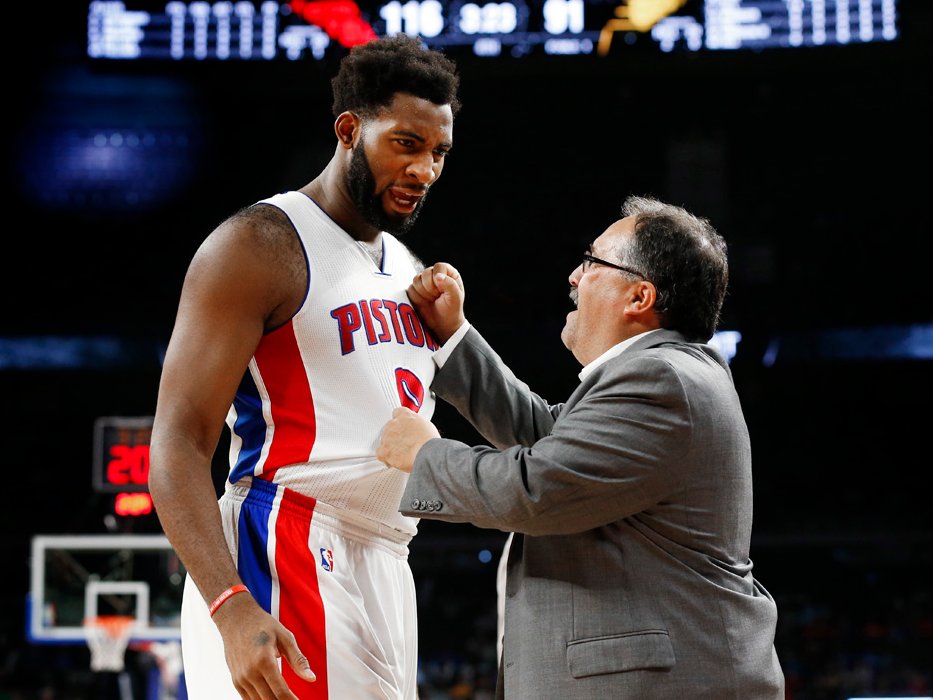 In what has been a quiet buildup to the NBA trade deadline thus far, the Detroit Pistons have been the most active team, and, far away, the biggest winners of the week.

On Tuesday, the Pistons traded Brandon Jennings and Ersan Ilysova to the Orlando Magic for Tobias Harris.

Then on Thursday, the Pistons pulled off another trade, sending Joel Anthony and a protected 2016 first-round pick to the Rockets for Donatas Motiejunas and Marcus Thornton.

None of these are particularly riveting names on the surface, but that belies the significance of what Stan Van Gundy — coach and GM of the Pistons — is building in Detroit.

First, Ilyasova and Jennings are impending free agents. Jennings, coming off a torn Achilles in 2015, was likely a goner, hoping to find a starting role with another team, as he was slotted behind Reggie Jackson. Ilyasova, meanwhile, was a solid stretch-four for the Pistons, but has career averages of 11 points, six rebounds, and 36% shooting from three. Good numbers, but nothing that makes him untouchable.

The consensus is that the Pistons fleeced the Magic in getting Tobias Harris. Harris is a 23 year old who just inked a four-year, $64 million deal with the Magic in the offseason after he averaged 17 points and six rebounds on 46% shooting, 36% from three. His numbers have fallen slightly this year, but he could thrive in Detroit as a small forward or stretch-four, acting as another scorer and shooter with length on defense.

Thursday’s trade with Houston is a bit more puzzling. Motiejunas is a 7-foot stretch-four who’s missed almost the entire 2015-2016 season with a back injury. Yet last season, he was valuable for the Rockets, averaging 12 points and six rebounds a game on 50% shooting, 37% from three.

That the Rockets were willing to dump Motiejunas for so little should raise red flags about his health, but should he ever return to the court in full form, he would be a potentially dynamic fit next to Andre Drummond. And, at the very least, the Pistons got back another shooter in Marcus Thornton, a rotation-worthy guard who can carry the scoring load for small portions of time.

What Van Gundy has at his disposal is a long, versatile core of young players who mirror what he built around Dwight Howard in Orlando. The Pistons have a hulking monster in the middle in Drummond and can surround him with shooters at positions two through four, with an athletic playmaker in Reggie Jackson.

On defense, Drummond can deter opponents from attacking the basket, while on the perimeter, the surrounding players have the size and versatility to switch and recover on opponents.

Even better: Of this core of players, which also includes Marcus Morris and Jodie Meeks who are under contract until at least 2017, Meeks is the oldest at 28. The Pistons’ young, intriguing core of Drummond, Jackson, Johnson, Harris, and Caldwell-Pope doesn’t feature a player older than 25.

In a top-heavy Eastern Conference, with no true standouts besides the Cavaliers and Raptors, the Pistons have a chance to let a promising core blossom of young players who, on paper, fit seamlessly into something scary.