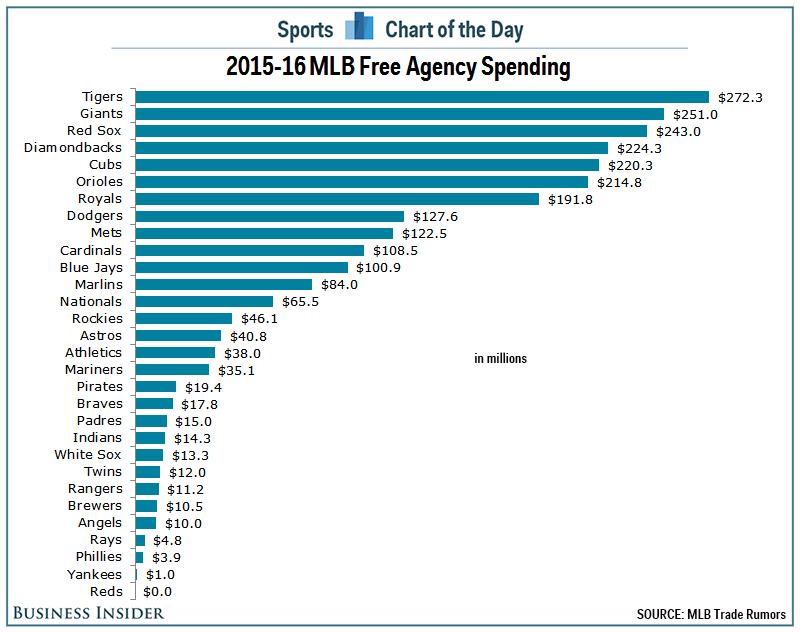 Major League Baseball teams committed more than $2.5 billion to free agents this winter, led by the Detroit Tigers, who topped the list with the most money given out in free-agent contracts.

In all, teams spent $2.53 billion on free agents, according to data obtained from MLB Trade Rumors. The big off-season winner was David Price, who signed the largest contract, a seven-year, $217 million deal with the Boston Red Sox. The average free agent signed a contract worth $20.5 million over 1.9 seasons.

The Tigers — $272 million — were one of six teams to sign free agents to contracts totaling more than $200 million, giving $133 million to Justin Upton and $110 million to Jordan Zimmermann. At the other end of the spectrum, the Cincinnati Reds did not sign any free agent to a guaranteed big-league contract.