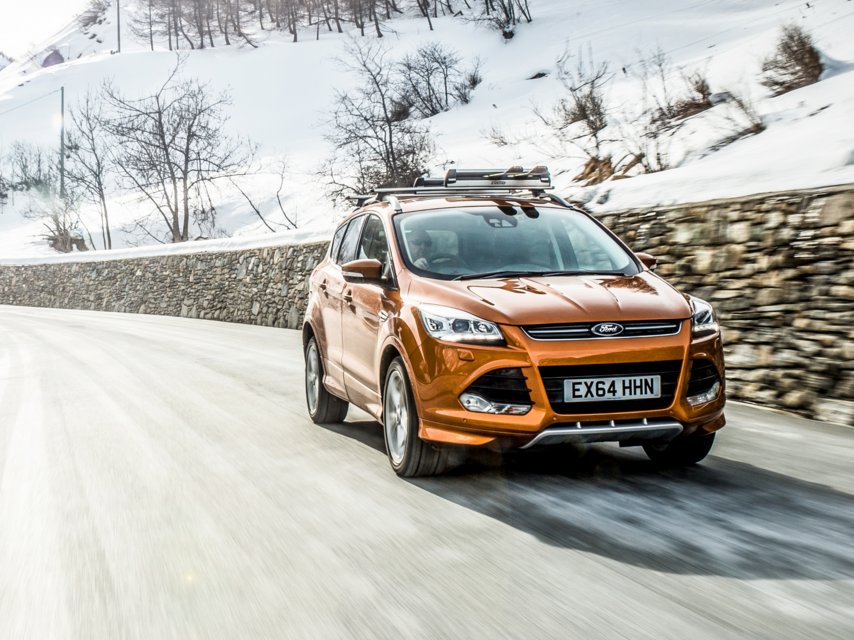 Ford crushes it on earnings for 2015

Ford is rolling out 4 new SUVs

The US auto market has been booming for the past two years, and in 2015, a new record for single-year sales was set: 17.5 million cars and trucks rolled off dealer lots.

This contrasts with the situation in Europe, where the market has been weak and automakers have been struggling to notch profits.

The situation has gotten so challenging that General Motors decided to pull its Chevrolet brand from Europe, arguing that it can’t hit its benchmarks for invested capital there (GM already has an entire European division, Opel).

Ford, like everyone else, has been fighting an uphill battle in Europe.

This is ironic, as Ford has long been one of the strongest brands there. But a sluggish recovery and several sovereign-debt crises have created a distinct contrast between the US — where cheap gas and easy credit have driven growth in auto sales — and Europe.

In its core European markets, Ford reported an uptick of 10% on January sales over the same month in 2015, with 96,900 units sold.

Interestingly, SUVs were strong, suggesting that Europe may be coming into sync with two other major markets where large vehicles are driving sales: the US and China.

“The European auto industry is off to a very strong start and Ford was able to outpace this growth thanks largely to demand for our SUVs, commercial vehicles and performance vehicles,” said Roelant de Waard, vice president, Marketing, Sales and Service, Ford of Europe, in a statement.

Ford’s improved European results, including a profit posted in the fourth quarter of 2015, could give industry analysts some hope that global automakers can continue to make money, even if the US market is peaking or heading into a downturn.

SEE ALSO:Mazda has over 100 engineers working on a breakthrough on one of the world’s strangest engines

NOW WATCH: Ford designed a suit to show people how terrifying it is to drive on drugs