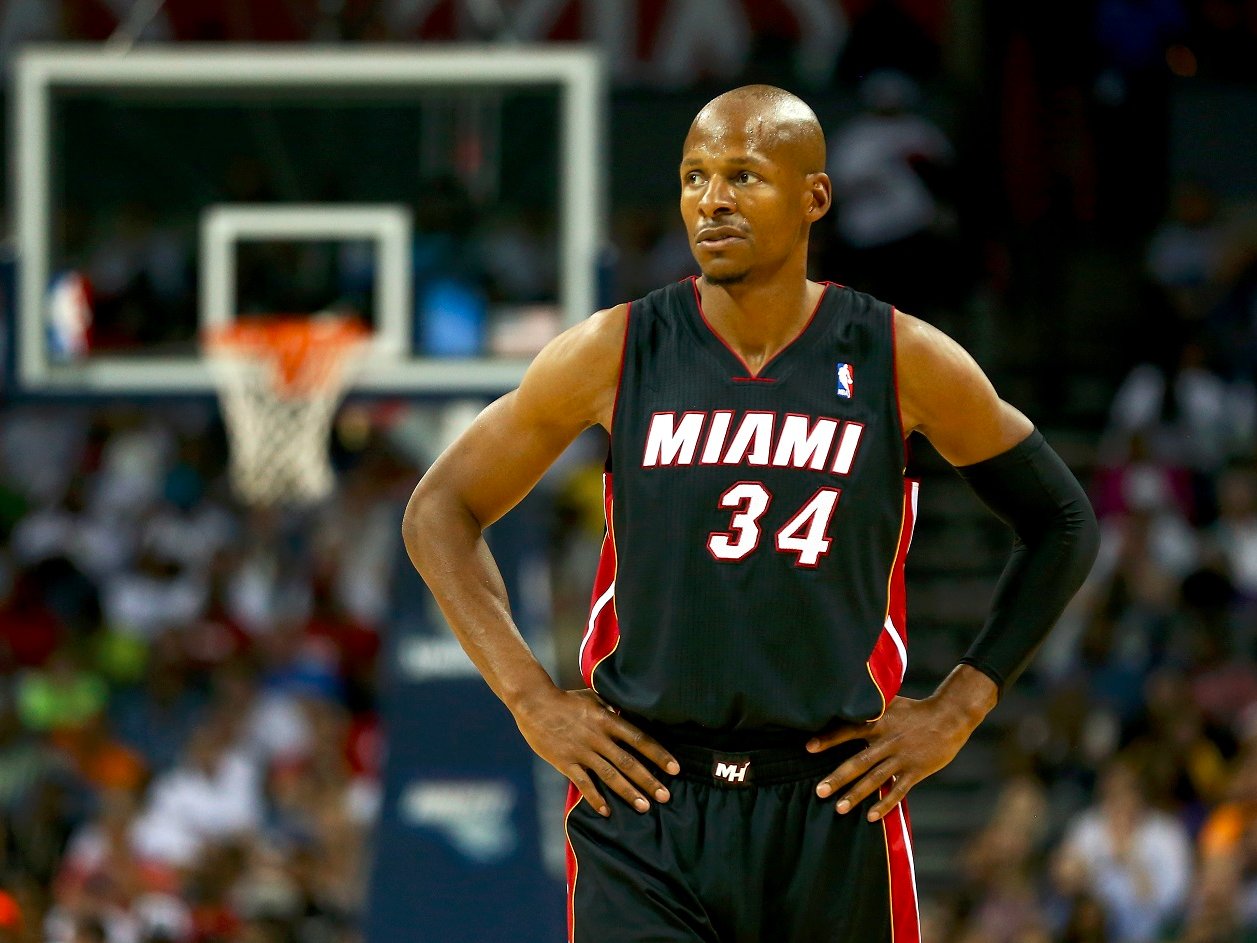 The Miami Heat are in a slump, having lost eight of their last ten games.

The Heat are one of the worst offensive teams in the NBA, ranking 22nd in offensive rating and 27th in three-point shooting, hitting just 32.9% of their attempts.

To try and give their offense a boost, they’ve been looking at an unlikely source — and apparently have been for quite some time.

According to Ethan Skolnick of the Miami Herald, the Heat have been trying to lure 40-year-old sharpshooter Ray Allen out of retirement for the last two years, with little success. The Heat tried to sign him last season, when he reportedly was weighing a return, but ultimately didn’t. Skolnick reports that the Heat have reached out to him again, through multiple mediums, this season, leaving him a standing offer to return.

However, according to Skolnick, it’s not going well.

Allen, however, has never bit.

This shouldn’t be all that surprising, if you were aware of his frustration during his final season in Miami, the one that ended with a five-game Finals loss to the Spurs; he made that frustration, about everything from scheduling to rotations, well enough known to Heat teammates, coaches and officials, that it has been frequently relayed to reporters (like this one) since.

Allen is famously one of the most fit players to ever play the game, keeping himself in tremendous shape. Yet he hasn’t played since the 2013-14 season, and at 40, there would be quite an adjustment period needed for him to give a team valuable minutes.

What’s strange, however, is that Miami seems so bent on signing Allen. The Heat aren’t a young team built around several notable veterans, including their stars, Dwyane Wade (34) and Chris Bosh (31). Whereas most teams turn to the D-League to give tryouts to young, hungry players, it’s odd that the Heat continue to knock on Allen’s door.

Based on Skolnick’s report and Allen’s decision not to play last year, it seems the Heat and the rest of the NBA have little chance of signing him.