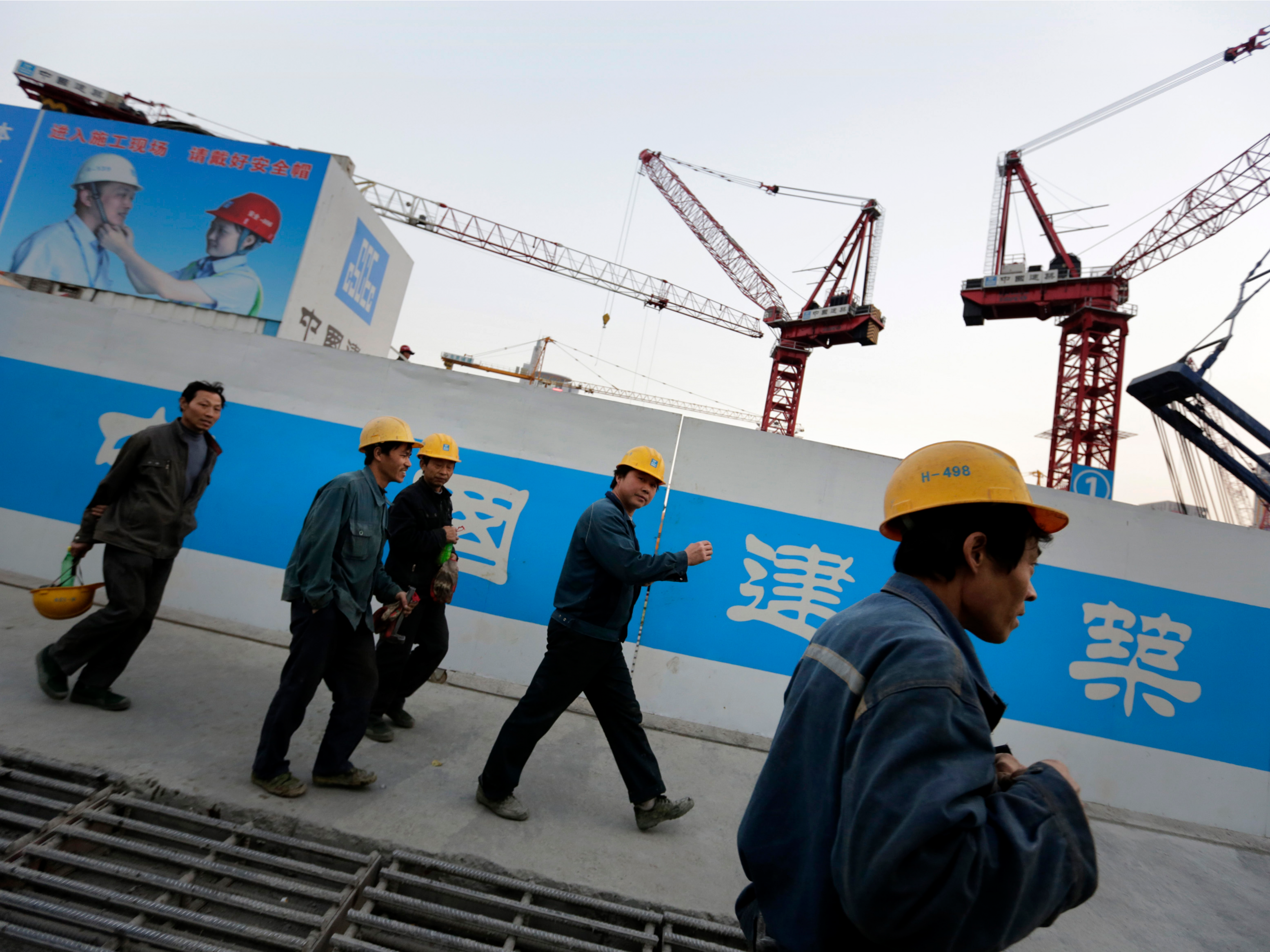 China’s state media is loving the US presidential election

China has just started on the long, bumpy road to solving the problems of debt and overcapacity in its industrial sector.

That means Wall Street analysts are also trying to figure out how much it’s going to take to get the job done.

How much is probably something we’re going to be arguing about for the next few years. There is some agreement on one thing though — what has been announced isn’t even close.

The government has already announced that the coal and steel sectors alone will fire 1.8 million people, costing it about $15 billion. Anonymous officials told Reuters that 5 to 6 million people would likely be laid off over the next few years.

That’s what everyone is working from and it is not going to do the trick, says Societe General analyst Wei Yao. She thinks at least 10 million Chinese people will have to lose their jobs and take government support.

From Yao’s recent note to clients (emphasis ours):

The big picture is that nearly a dozen industries, accounting for 50% of total industrial sector assets, suffer entrenched oversupply. We think that the industrial sector as a whole may need at least 10% reduction in capacity, which could result in over 10m job losses and RMB 8- 10trn in non-performing debt. Therefore, the announced programmes, expected to take five years, would be only 10% of what needs to be done…

At the moment, it is an unknown as to if and when policymakers will expand the capacity reduction effort to other sectors. Pondering an industrial-wide programme could trigger a near-crisis scenario for the authorities, and pushing such a programme through would require much greater political will and far more fiscal resources. Completing such a programme could take a decade or longer. Simply scaling up the calculation for the two sectors above suggests that fiscal spending might have to expand by 1% of GDP every year to keep up with the resulting unemployment.

China is trying to manage the difficult transition from a country based on investment, to one based on domestic consumption. To do that, though, it has to restructure zombie industries riddled with massive, unproductive companies that are using debt to pay down debt.

That debt, according to Yao, is the biggest risk here.

The industrial sector alone is holding non-performing debt equal to 50%-60% of all the assets in Chinese banks. Tackling all that and staving off some kind of bank run/financial crisis would take about 20% of China’s GDP.

This isn’t something authorities have even begun to talk about, partly because it’s hard, and partly because right now the Chinese government is focusing on putting out a few near term fires.

In its annual meeting of legislators over the weekend, the country laid out plans for economic stimulus to make this transition less painful. But it does mean adding to the country’s debt pile and deficit.

This is a risk analysts recognize the government is going to have to take. This is not going to be a perfect process, and as Yao put it in her note “the chance of accidents – if not crisis – along this treacherous path will remain uncomfortably significant.”

Two steps forward, one step back.