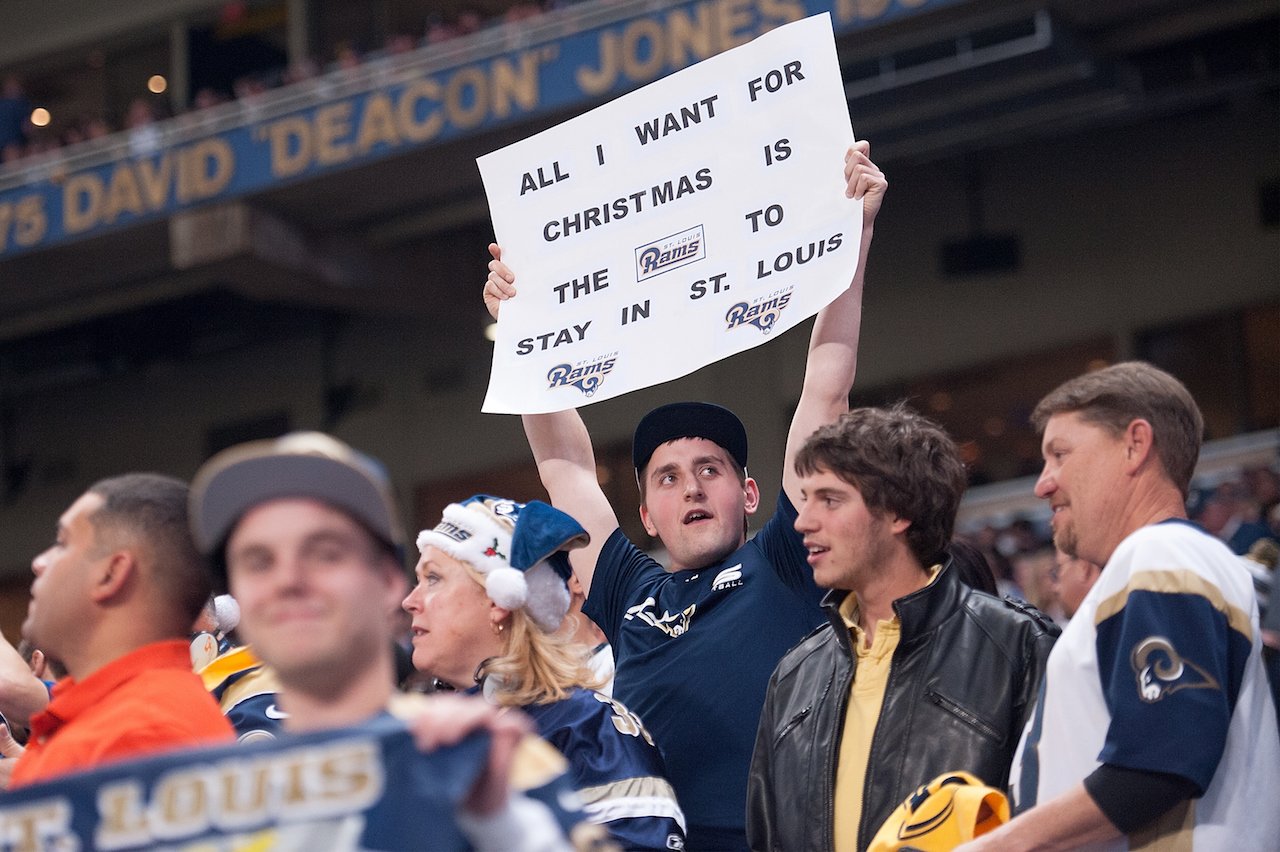 The St. Louis Rams are moving to Los Angeles, and the San Diego Chargers are likely to join them.

NFL owners in Houston on Tuesday voted 30-2 in favor of a new proposal for the Rams and Chargers to relocate to Los Angeles and share a stadium in Inglewood, Adam Schefter reports.

The Rams are expected to move to LA next season and play at the LA Coliseum until 2019, when the Inglewood stadium is finished. The Chargers, meanwhile, will have the option to join the Rams in LA as soon as next year. Should they not join them by January 16, 2017, the Raiders will have priority as the second team in Inglewood.

Rams to LA, with Chargers getting first crack through Jan 16, 2017, then Raiders have preference, per sources.

As first reported here, Chargers have option to join Rams in Inglewood starting as early as this year and for few years after

The official decision comes just hours after the first vote for the Rams and “another team” in Inglewood failed 21-8, with three owners abstaining. Roger Goodell reportedly met with owners after the initial round of voting, and during the second vote the proposal passed.

After Roger Goodell announced last year that the NFL planned to move one or two teams to Los Angeles for the 2016 season, Rams owner Stan Kroenke originally proposed a $1.86 billion, 80,000-seat stadium with a retractable roof on land in Inglewood. The Raiders and Chargers jointly proposed a $1.7 billion open-air stadium in the LA suburb of Carson.

But based on the news that the Rams and Chargers will be relocating in Inglewood, it appears that Kroenke and Chargers owner Dean Spanos were ultimately more willing to partner in order to relocate their franchises to Los Angeles, rather than fighting and taking votes away from both proposals. As Chargers and Rams fans mourn their departing teams, the fate of the Raiders remains comparatively uncertain. They are likely to stay in Oakland and will likely receive some of the money needed to build a new stadium in the Bay Area from the NFL and NFL ownership as a consolation prize. But should the Chargers not move to LA, things get complicated.

The news of the Rams and Chargers sharing a stadium in Inglewood comes after reports earlier in the week suggested that Spanos was reluctant to partner with Kroenke unless Kroenke agreed to a 50-50 partnership on the Inglewood stadium. It’s likely that during negotiations Kroenke leveraged the Raiders’ desire to move to LA — even as the Rams’ tenant — against Spanos in order to have Spanos partner with him. The financial specifics of the agreement are not yet known.

Along with illustrating Kroenke’s power with the NFL ownership, the compromise between the Chargers and Rams also reveals that NFL owners likely did not want the notoriously eccentric Raiders owner, Mark Davis, at the helm of the second LA experiment.

Earlier on Tuesday, Sports Business Daily reported that the NFL’s LA Committee officially recommended the Carson site to owners. As this was only a recommendation, the owners were evidently swayed by Kroenke.