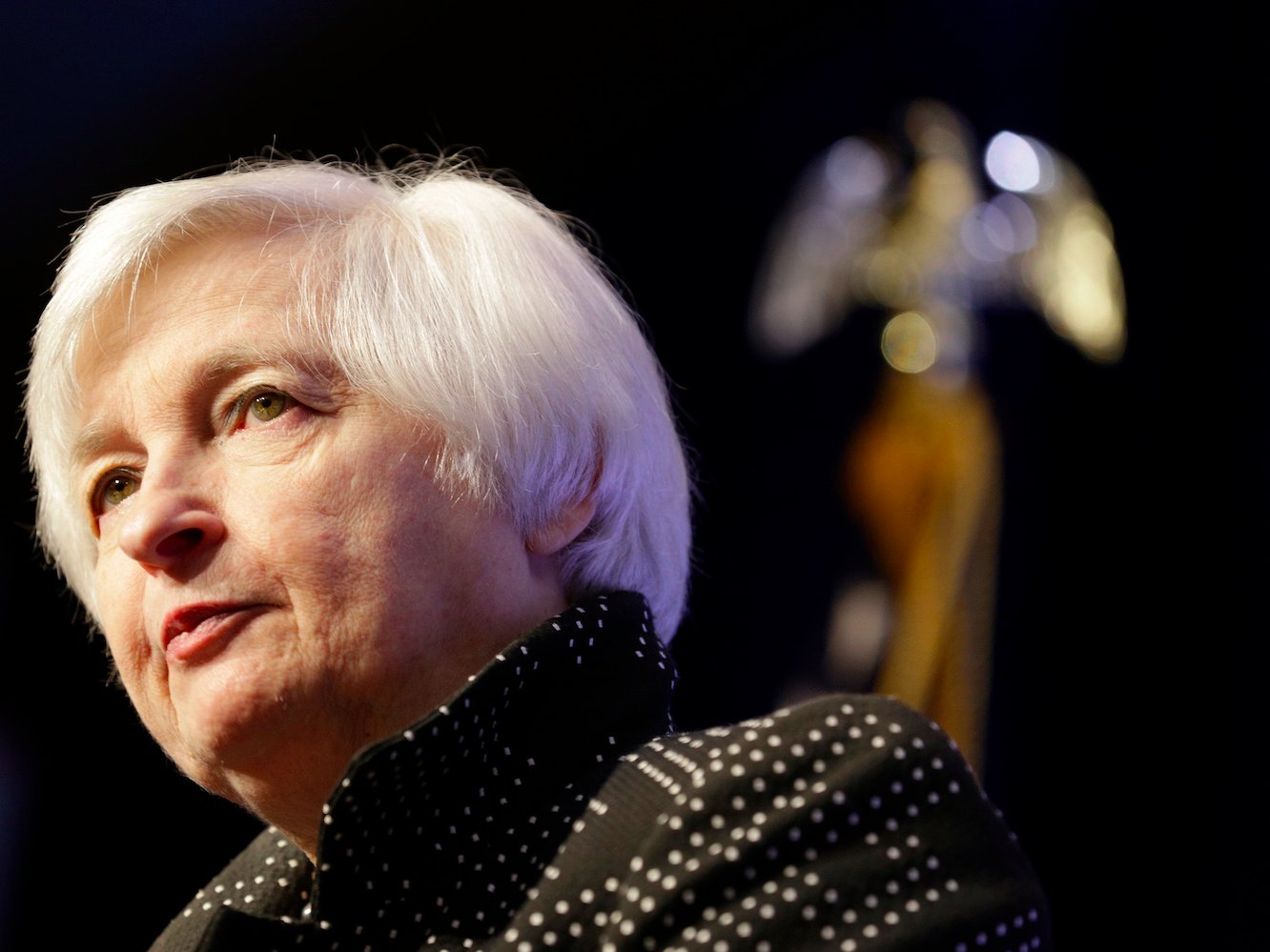 2016 has been a nightmare for stocks.

In the first five trading days of the year the benchmark S&P 500 fell about 6%, its worst-ever 5-day start to a year.

And while we’re now more than three weeks removed from the Federal Reserve’s decision to raise interest rates for the first time since 2006, it’s this decision that is at the heart of this stock market decline.

The rate hike itself— that is, the mechanics of actually raising interest rates via increased repo and deposit rates — is not what’s bothering markets.

The stock market, we need to keep in mind, is a forward-looking place. Investors buying stocks are buying pieces of businesses at a certain price in exchange for a future claim on that company’s profit. And any uncertainty about that future is likely to make investors pause before putting more money at risk. Since the Fed raised rates on December 16 the S&P 500 is down 7.3%.

The first question following the Fed’s December rate hike was: “When’s the next one?” The second question: “Will the Fed be forced to cut rates before raising them next?”

And this uncertainty — and perceived risk that the Fed may have gotten this whole thing wrong — is what currently has markets spooked. The big story this week was the stock market chaos we saw in China.

Twice this week the country’s benchmark CSI 300 index was halted for the day after a 7% drop. These trading halts and instability came as China continued to fix the yuan — which is pegged to the US dollar — lower.

Also weighing on stocks was the continued decline in oil prices, which fell to a 14-year low on Thursday as West Texas Intermediate crude, the US benchmark, fell as low as $32.10 a barrel.

But these two issues can both be traced back to the financial stress that is either being caused or anticipated by a regime change from the Federal Reserve.

In a note to clients earlier this week, Michael Hartnett at Bank of America Merrill Lynch wrote that a tightening of financial conditions from the Fed often causes market “events.” The FOMC is raising rates, credit spreads are rising, and the US dollar is appreciating. The US economy is experiencing a considerable tightening of monetary conditions. Should strong US consumer spending allay fears of Quantitative Failure, all will be well — hence the importance of Friday’s payroll. If not, look for both equity and credit markets to reset lower until such time as the Fed says (even if temporarily) “pause.” Fed tightening is almost always associated with “events,” and markets have a habit of forcing policy reversals (e.g. Fed 1937, BoJ 1995, BoJ 2000).

Now, there’s a bit of a chicken-or-egg discussion to be had with respect to how Hartnett phrases the Fed’s relationship to markets.

The idea that the Fed is the cause for financial events rather than a follower developments in markets which prompt a certain policy response, i.e. raising rates, is up for debate. But that the Fed’s changes in policy occur at “ground zero,” as it were, of distinct moments in financial markets is not a question: big Fed changes happen near things that shake markets.

The question markets are trying to but of course can’t answer right now — because you can’t know the future — is whether is one of those “events.”

On Friday, the December jobs report showed the US labor market continues to improve as the unemployment rate remains at a post-crisis low and wage growth is at a multi-year high. The US economy, on the whole, appears to be still be on solid footing.

But financial markets are very obviously not assured.

In a Friday afternoon email, Dave Lutz at JonesTrading passed along the laundry list of things traders were discussing late Friday as markets nose-dived into the close.

There was vague talk of perhaps a surprise policy change from the People’s Bank of China over the weekend, concerns about earnings reports from big US banks which will start rolling in next week, and a complete absence of buyers for almost anything related to oil.

Additionally, Lutz noted that investors pulled money from financial assets at the fastest pace since September last week. Those previous withdrawals followed the late-August stock market chaos that forced the Fed to hold off raising interest rates in September. As Lutz wrote: “With all these pundits calling for the end of the world, the retail investor has only withdrawn.”

But underneath all this is the fact that the norms investors grew accustomed to — namely, hand-holding from central banks — are changing.

This is a new world for markets.

And no change is bigger, matters more, or is more uncertain than what the Fed does next.

SEE ALSO:Stocks have worst week since 2011