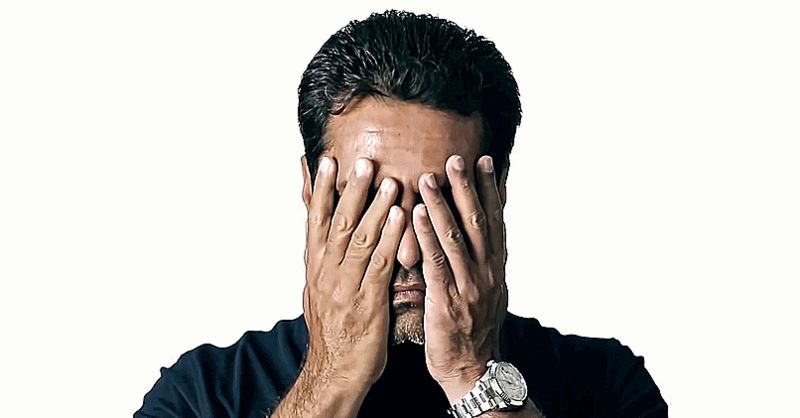 The formula for off-road videos has become pretty predictable; big landscape pan, slow-motion mud slinging, dramatic music. The official promo reel for the 2016 Dakar Rally has that. Also, some visuals I’m not sure what to make of.

If you couldn’t be bothered to sit through two and a half minutes I’ll summarize; it’s mostly tight shots of guys rubbing their faces.

Those are professional racing drivers and riders who will compete in this year’s event. I bet you inferred that, but you’d be forgiven for not knowing. These aren’t athletes that have achieved mainstream celebrity status.

The Dakar Rally is one of the most challenging, logistically complex and visually spectacular athletic events on Earth. But it doesn’t have close to the quantity of followers as the NBA, MLB or NFL.

That’s partially because it’s hard to really capture competition when rivals appear to be miles apart, but I think it has even more to do with the fact that fans don’t feel connected to competitors.

Think about the stars of America’s traditionally popular sports; they’re public figures as much as actors and musicians. Their backstory and career path become part of the sports’ narrative and that makes them more fun to watch. It gives games a storyline and makes you more invested in what you’re watching. It makes these sports a bigger part of our culture’s imagined community.

Now NASCAR, Formula 1 and MotoGP might not get as much sports bar screen time as football or basketball but they’ve still got strong fan bases and heroes and villains that spectators know and follow.

Off-road racing seems to be lacking in this department though, and I hypothesize that’s a major barrier to increasing its popularity.

There are small exceptions. Robby Gordon’s done a good job porting his marketing skills to his off-road career, and it helps that he’s created a character (maniac hard-charger) on the course. But even with the wings of Red Bull’s mighty marketing department and major trophies under belt, I’ve never heard anyone ask or talk about defending Dakar champion Nasser Al-Attiyah.

Does that mean Al-Attiyah’s lame? No way. I mean, maybe, I don’t know the first thing about him. Which is why it’s hard for me to get fired up about watching him.

If the Dakar-owning Amaury Sport Organisation wants more people to follow their 5,000 mile mega-race, they’re going to have to step up their game selling the characters.

Here’s another promo they’re trying this year with a similar concept. “The Favorites;” focusing on the more popular drivers. Cool idea, but again, it boils down to quick-cuts and slow-mo you feel like you’ve seen already.

These videos makes me think they’re on to that, which is great. As for the execution, I don’t know man. Maybe ease back on the “artsy” and give us a little some dialogue. Wait! Not cliché pompous voiceover! Man, I should just send these guys a resume.