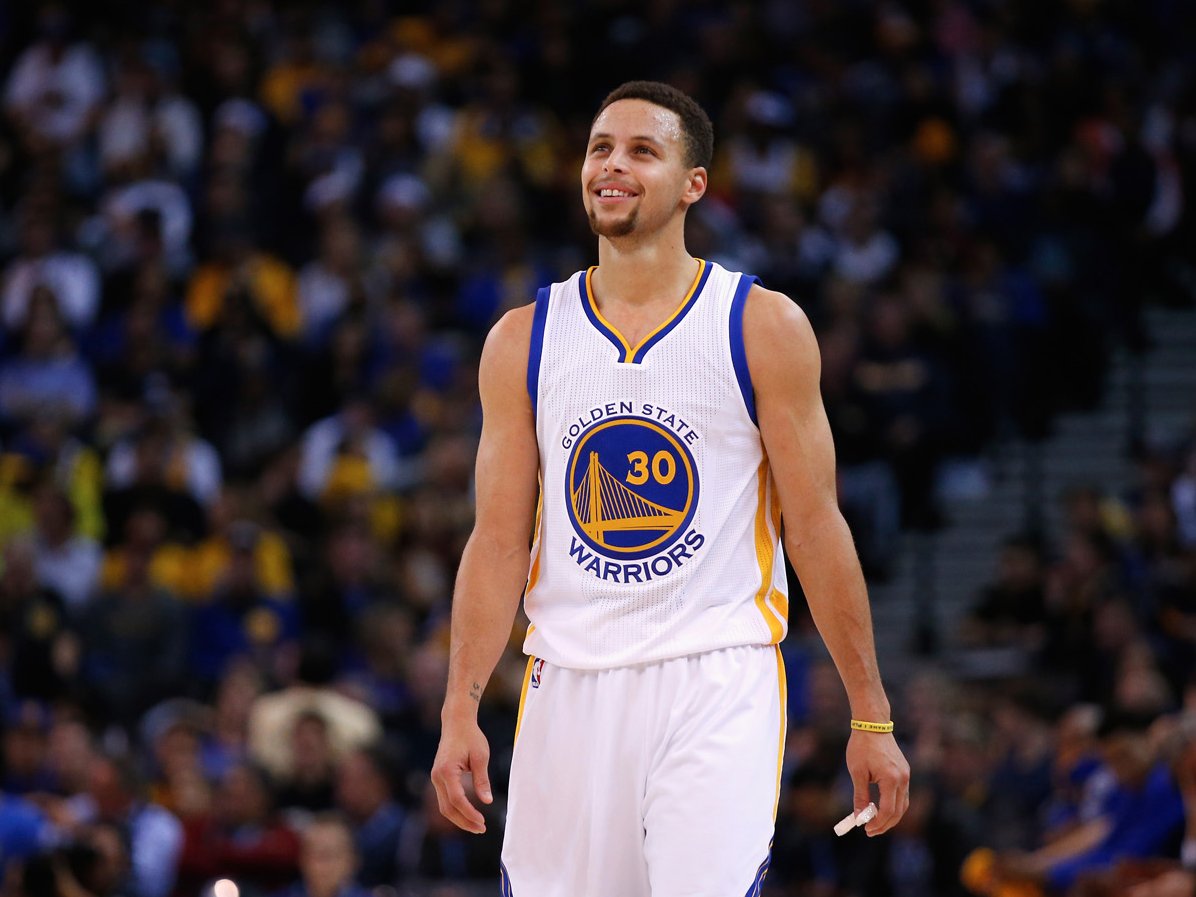 Ezra Shaw/GettyStephen Curry’s quick trigger from three is not for everyone.

WHERE ARE THEY NOW? The players drafted before Stephen Curry in the 2009 NBA Draft

The Golden State Warriors are the best team in basketball this season.

They play a brand of high-octane basketball, highlighted by a historical accuracy launching from three-point range. At the helm of that offense is Stephen Curry, who may be the best basketball player on Earth right now and the most popular face in sports.

The Warriors are a fun team, loved by the masses and most of the sports community. However, within the larger sports world is a certain subset that takes issue with the Warriors. Naturally, any dominant team will draw the ire of sports fans, particularly one as flashy as the Warriors. Yet a certain population thinks the Warriors are ruining basketball.

We direct you to Fox Sports’ Colin Cowherd, who on a segment called “Unpopular Sports Opinions,” pined for the days of ball movement, defense, and midrange jumpers — not the Warriors’ brand of basketball.

“The Golden State Warriors are boring,” Cowherd began. “I know they’re great. But it’s just a three-point shooting contest. … If you go to a gym and play basketball, the last guy you ever wanted to play with was the guy who just hoists up threes all game. Basketball was meant to be played with more passing and less shooting and less — it’s ball movement.

“Ball movement is beautiful. Magic Johnson was beautiful; he never shot threes. The most beautiful, artistic players that ever played the game weren’t gunners.”

Cowherd noted that Curry is “remarkable” at shooting, but that he’ll create a generation of players trying to replicate his historically great skill set.

Granted, this is a segment meant to ignite reactions — the title indicates it’s “unpopular.” Yet, there are a few errors in Cowherd’s analysis.

As for their other supposed faults, the Warriors are first in assists per game and first in assist percentage by a healthy margin. Their offense thrives as much on moving the ball to find the best shot as it does from Curry pulling up from 30 feet.

The Warriors are also third in defensive rating after placing first last season. The team’s stingy defense is as critical to their success as their offense, though it’s understandably less noteworthy.

Cowherd is entitled to his opinion about enjoying the Warriors — that’s subjective. But he also makes a claim that’s been made before when he says Curry will inspire a generation of “gunners” that will ruin basketball.

On Christmas Day, ESPN analyst and former Warriors coach Mark Jackson made a similar claim about Stephen Curry, that while somewhat taken out of context, also argued a similar point: Curry shouldn’t be emulated.

“Steph Curry’s great. Steph Curry’s the MVP. He’s a champion. Understand what I’m saying when I say this. He’s hurting the game. To a degree, he’s hurt the game. And what I mean by that is I go into these high school gyms, I watch these kids, and the first thing they do is run to the three-point line.

“You are not Steph Curry. Work on the other aspects of your game. People think that he’s just a knock-down shooter; that’s not why he’s the MVP. He’s a complete basketball player.”

Jackson’s claim, again, was taken out of context to a degree. He didn’t argue that Curry is ruining the game, but that his most popular skill is negatively influencing younger generations.

Where that criticism falls short is explaining why emulating that skill is a bad thing. On Bill Simmons’ podcast, GQ writer Chuck Klosterman had a thoughtful reply to the idea that young players shouldn’t try to imitate Curry’s shooting. Klosterman explained that a friend with an eight-year-old told him about watching kids play at a rec league.

“All the kids there used to want to lower the basket to dunk. But now he says, they just wanna shoot from 40 feet away. And the balls are flying and hitting people in the head and stuff, but that really shows to me that Steph Curry has done something good for the society of sport. Like, he has sort of made kids want to do a skill that actually falls in line with something they have the potential to excel at, as opposed to kids who wanna dunk on an eight-foot basket, so when they get into ninth grade, they’re like, ‘Basketball sucks because I can’t do any of these things.'”

There’s a valid point to Klosterman’s opinion. Shooting is a skill somebody could get demonstrably better at with repetition, as opposed to dunking, which someone can try as often as they like, but if they don’t have the athletic genes, they won’t be able to do it. That’s not to say Curry’s accuracy, muscle memory, and quickness can be replicated, but at the basic level, anyone can practice shooting over time and get better at it. This also doesn’t take into consideration that younger generations will always try to emulate the players they look up to. Curry rightfully takes advantage of his skills, which he is notably dedicated to improving. Furthermore, he has little say in young players trying to emulate him. LeBron James is a once-in-a-lifetime athletic specimen who also has the skills of a point guard. Nobody faults him for taking full advantage of those skills, nor should he be criticized for inspiring other players who try to play like him. The reality is most will fall short and realize it quickly. This also supports Klosterman’s point that Curry’s most notable skill is one that people can emulate to a degree.

Finally, in a copycat league, where teams try to emulate successful teams, the NBA is quickly realizing how unique the Warriors are. Curry’s otherworldly shooting is often noted, but his back-court partner, Klay Thompson, as Simmons notes, might be the second-best shooter in the NBA. Simply finding another Klay Thompson is almost as difficult as finding another Curry.

Draymond Green has also done his part in changing the league; last season, ESPN’s Zach Lowe noted that GMs and team executives talk about finding players like Green more than they do the next LeBron. This season, it’s become increasingly obvious that Green’s natural strength, athleticism, playmaking, shooting, and overall versatility may be a one-of-a-kind mold. Few players, if any, can defend a center on one end, rebound the ball, bring it the length of the court, and dish it off to a three-point shooter. Green does it regularly.

As Lowe also noted, the Warriors’ uniqueness is so apparent that some teams are considering just sitting out their run of dominance. They’re not a replicable model and finding their Kryptonite has proven difficult for the rest of the league.

Rather than worry about the possible ill-effects of this team, they should be appreciated. That doesn’t mean non-Warriors fans have to enjoy them, but the Warriors are not ruining basketball any more than any other revolutionary team left their own unique footprint.