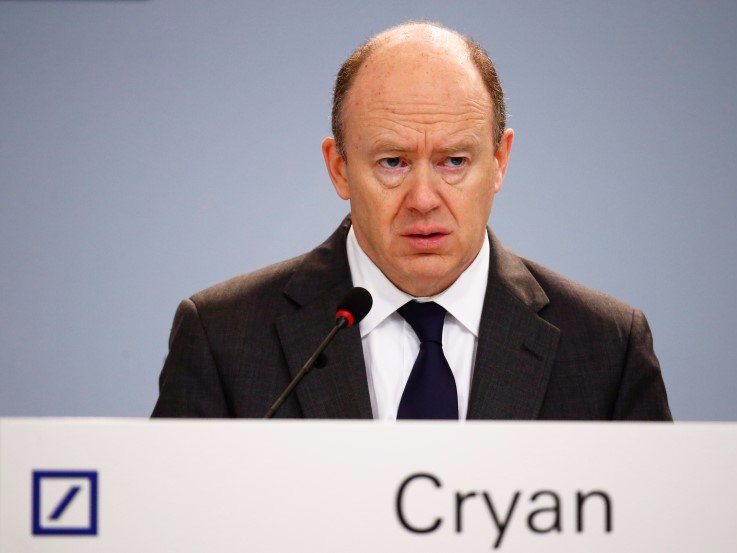 LONDON – Deutsche Bank revealed it has hired around 370 compliance and anti-financial crime staff in the past 12 months, despite reducing overall headcount by more than 3,000 in the same period.

The bank said that revenue in the first quarter of 2017 dropped 9% to €7.3 billion (£6.8 billion) year-on-year but that cost-cutting measures had helped boost profit, in its results statement.

CEO John Cryan said: “I am pleased with the start we have made to 2017. Client engagement is strong, asset flows are returning across the bank and activity is picking up.”

“Our cost-cutting efforts are starting to pay off, while we have reduced complexity significantly. We have laid firm foundations upon which Deutsche Bank can once again deliver good results,” Cryan said.

Non-interest costs were down 12% to €6.3 billion. Net income jumped more than 140% to €575 million despite a €239 million hit to the bank’s markets business from “credit, debit and funding valuation adjustments.”

Germany’s biggest lender has struggled to put legacy legal issues behind it in a year of fines and investigations, and has reacted by hiring large numbers of compliance staff.

Earlier thisyear Deutsche Bank agreed to pay US and UK regulators $628 millionto settle claims it failed to halt so-called “mirror trades” to launder as much as $10 billion out of Russia.

Meanwhile, shares plummeted close to 30-year lows in September after reports from the Wall Street Journal that the US Department of Justice was looking to impose a $14 billion fine for mortgage-backed security misselling in the run-up to the financial crisis.

The fine would have been more than the Deutsche Bank’s market capitalisation, sparking concerns from clients and investors alike about the bank’s financial stability. The DOJ settlement was eventually finalised at $7.2 billion.