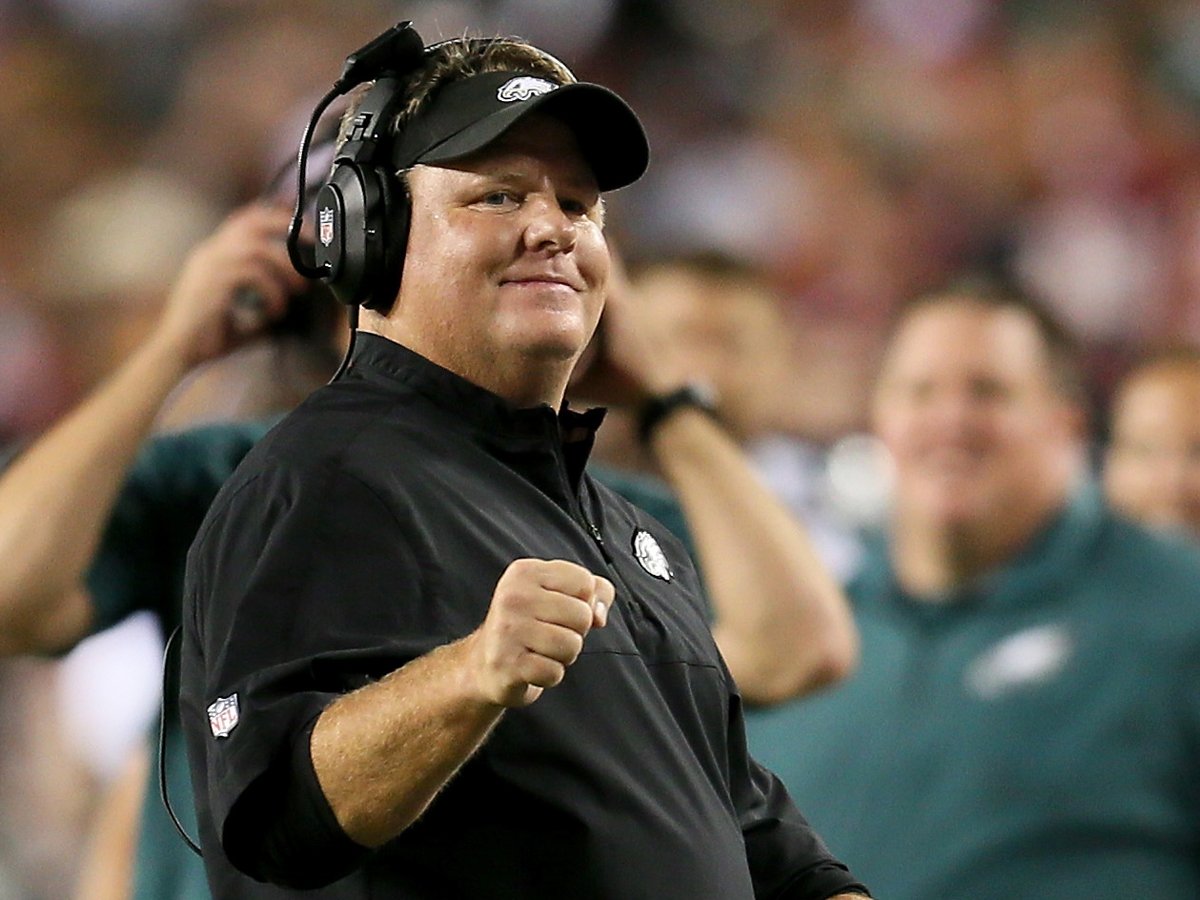 The San Francisco 49ers announced on Thursday that they had hired Chip Kelly as their new head coach.

For the 49ers, a team that finished 5-11 and benched Colin Kaepernick for Blaine Gabbert, Kelly’s offensive acumen is a welcome change. Kaepernick in particular appears to be the big winner of the Kelly hiring, as the dual-threat quarterback is an ideal fit for Kelly’s fast-paced, spread-offense system, and will likely regain his starting job just months after it appeared his departure from San Francisco was all but inevitable.

A 5-11 team has more problems than just quarterback, of course, but if nothing else, the hiring of Kelly makes the 49ers interesting again.

One big question mark lingers over the hiring of Kelly, though, and that’s how Kelly will gel with Niners general manager Trent Baalke.

Remember that the 49ers are only one year removed from firing Jim Harbaugh, in large part because of a combative relationship with Baalke. The two big personalities butted heads, which some see as an ominous sign for Kelly’s arrival.

Here’s how Mercury News’ sports columnist Tim Kawakami described Baalke. Be sure to keep Kelly in mind as you read this:

Baalke is a run-the-ball, own-the-line-of-scrimmage guy who likes to peer over the shoulder of his coach and occasionally work with the defensive backs on his own.

Baalke also has his own large domain in the 49ers offices and has fended off many others who have tried to encroach on that.

If there’s one thing we learn about Kelly’s tenure in Phildephia, it’s that he feels strongly about his fast-paced brand of football. This doesn’t exactly sound congruous with Baalke’s football philosophy, for one thing, and it’s also just hard to imagine Kelly allowing — let alone enjoying — someone from the front office hovering over his shoulder and coaching his players.

We also know from Kelly’s demise in Philly that he has quite a large ego. He won a power-grab prior to last season that resulted in a major shake-up of the team, largely for the worst. Baalke will handle player personnel, according to NFL Network’s Ian Rapoport, but this could be an area of tension between the two.

There’s more than enough time for Baalke and Kelly to become friendly before the start of the 2016 season, obviously. 49ers assistant G.M. Tom Gable (“a former close associate of Kelly’s in Philly”, according to Kawakami) should help foster a productive relationship between Kelly and Baalke, too.

But more than anything else, Niners fans will hope that both Kelly and Baalke will keep past mistakes in mind when dealing with one another in the future.