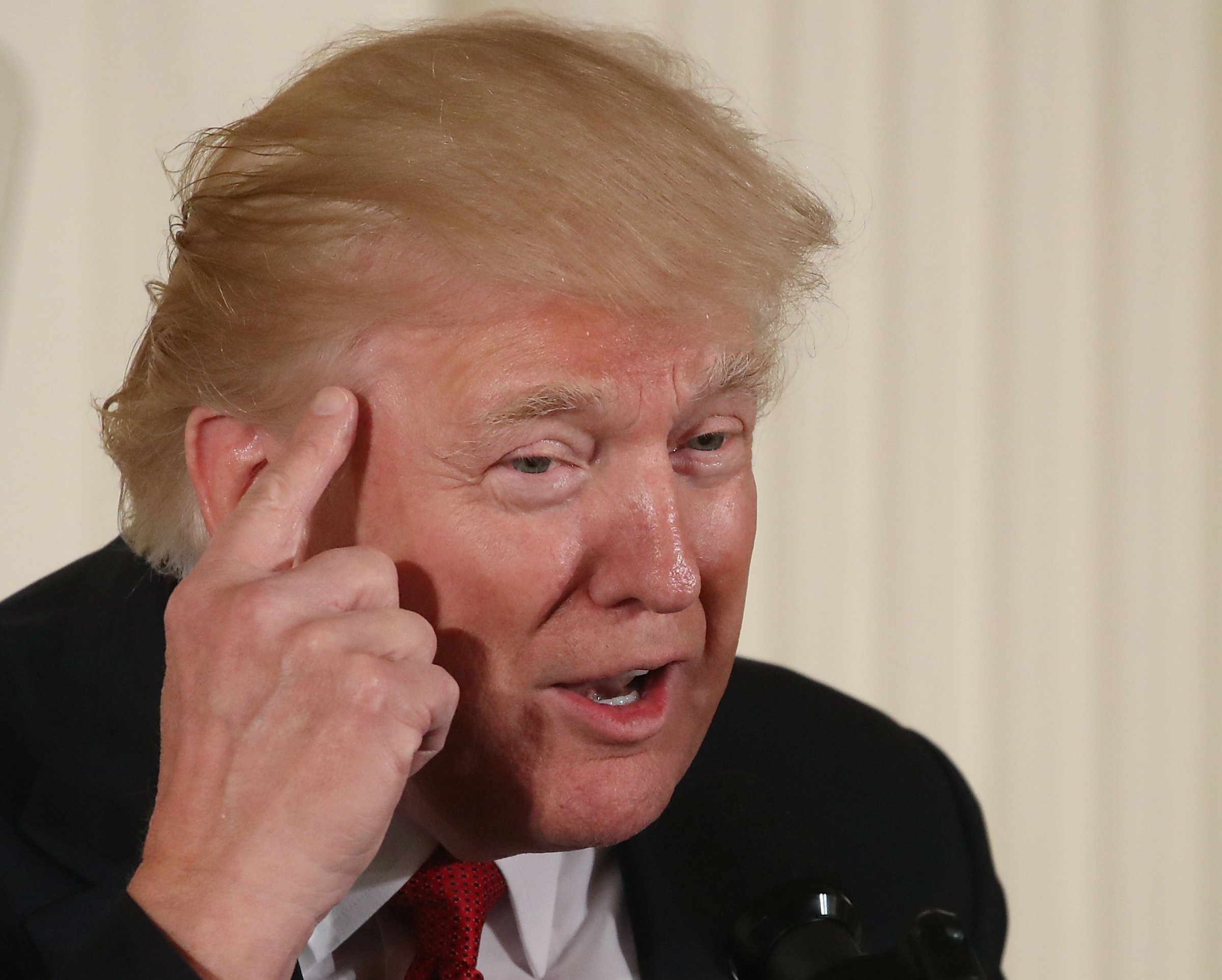 Wall Street analysts are telling President Donald Trump that they don’t expect tax reform to help earnings until next year at the earliest.

While share prices in policy-sensitive industries have recently served as a barometer for investor sentiment, future profit forecasts have also emerged as a useful indicator.

For context, the US stock market’s most highly-taxed companies are expected to get the biggest boost to the bottom line from Trump’s proposed corporate tax cut, which would lower the rate to 15% from 35%. Firms that keep high levels of cash overseas are also seen increasing profits through a one-time repatriation tax holiday.

The chart below, from Morgan Stanley, shows that consensus quarterly EPS estimates for 2017 have declined in recent weeks, while forecasts for the first quarter of 2018 have climbed.

The turning point was the failed first attempt to repeal the Affordable Care Act back in March, which spurred some pessimism that the administration will be able to pass legislation in timely fashion. A second chart provides support for this same point. It shows the average earnings revision for S&P 500 companies since the failure of the March 24 ACA repeal, with the benchmark index divided into quartiles by tax rate. The chart looks at a period spanning the second through fourth quarters of 2017.

As it turns out, the most-taxed companies have seen the biggest downward adjustment, while the most lightly-taxed firms had forecasts raised. The chart signals the partial unwinding of a trade that saw a Goldman Sachs basket of 50 highly-taxed stocks outperform the S&P 500 in the months after Trump’s election victory. “It is clear to us that consensus bottom-up calendar 2017 EPS estimates have little to no tax reform benefit baked in,” a group of Morgan Stanley equity strategists led by Michael J. Wilson wrote in a client note. “Analysts have removed much of their expectations on tax reform from 2017 numbers.”

Analysts across Wall Street aren’t the only ones adjusting their expectations around Trump’s tax reform. Policy experts from Axios’ Mike Allen to Sen. Chris Coons, a Democrat from Delaware, have recently expressed similar skepticism.