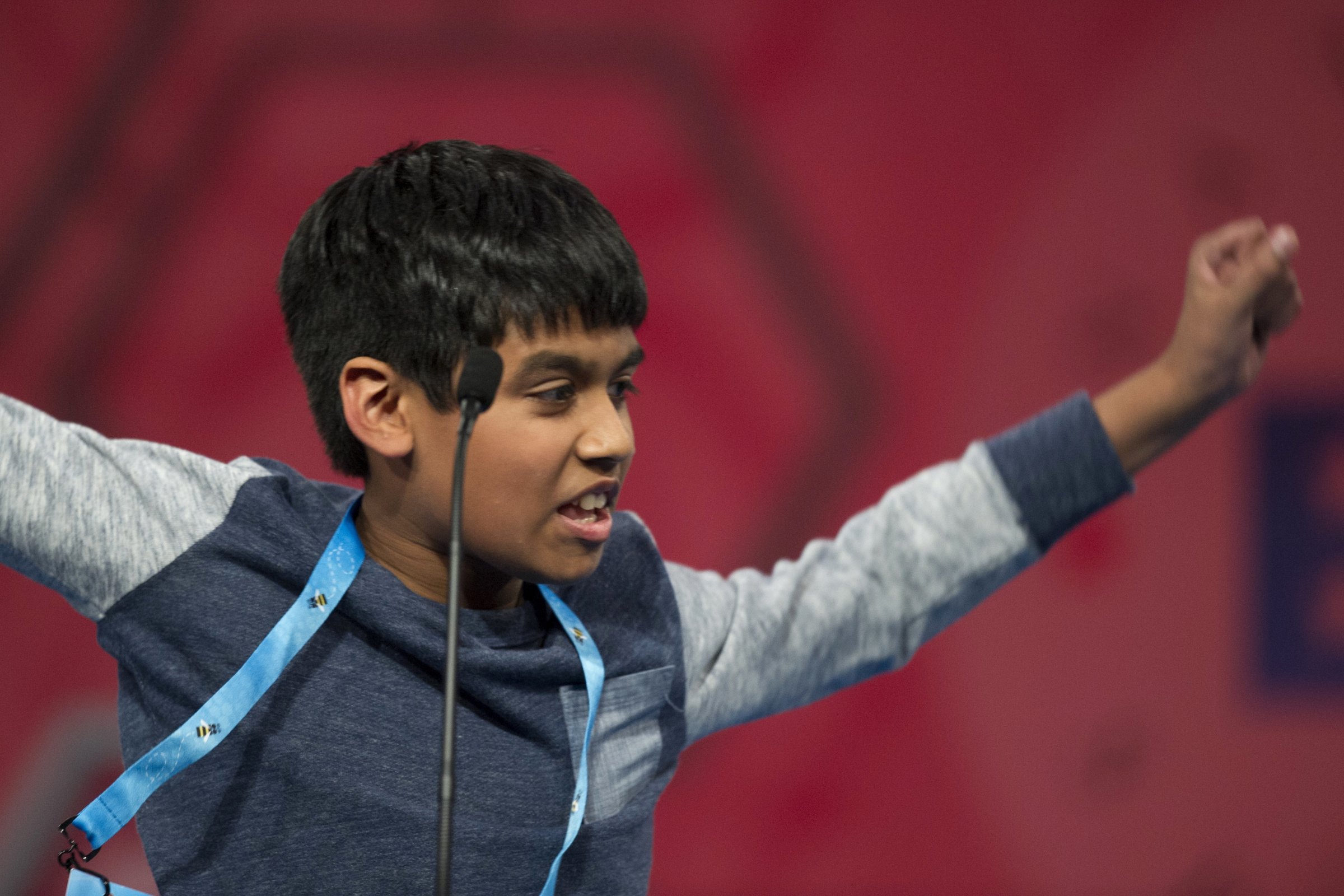 The 2016 Scripps National Spelling Bee is being described as the toughest one yet. Scripps attempted to up the intensity of the competition to force a single winner to emerge from the competitions.

But for the third year in a row, the bee ended in a tie, with Nihar Saireddy Janga, 11, and Jairam Jagadeesh Hathwar, 13, finishing as cochampions.

To come home with a trophy, however, both students had to correctly spell unusual foreign words.

And Hathwar’s winning word was Feldenkrais, pronounced fel-den-krise and named after Russian-born engineer MosheFeldenkrais. It refers to a system of body movements that promotes flexibility and self-awareness, often used in education.

“I’m just speechless. I can’t say anything,” Janga said after winning, according to The Associated Press. “I mean, I’m only in fifth grade!”

Janga, at 11, is now the youngest participant to ever win, and Hathwar is the younger brother of 2014 cochampion Sriram Hathwar.

The Scripps Spelling Bee allows kids aged 9 to 15 to compete in the annual event that takes place right outside Washington, DC.

Some of the other difficult words in the competition were groenedael, Hohenzollern, and euchologion.

The bee, as usual, didn’t disappoint on the entertainment front. Competitors’ personalities shined through, and the internet loved some of their reactions, especially Janga’s.

when you’re at the club with your girls and one of them says “I think the bartender is into me” https://t.co/ROLQNm3aeJ

Nihar Janga threw up the X after tying for the Spelling Bee Championship and @DezBryant loved it. pic.twitter.com/aWjMk2jgYk